Welcome to my stop on M.S. Parker's Twisted Affair Series Blog Tour presented by Once Upon An Alpha. 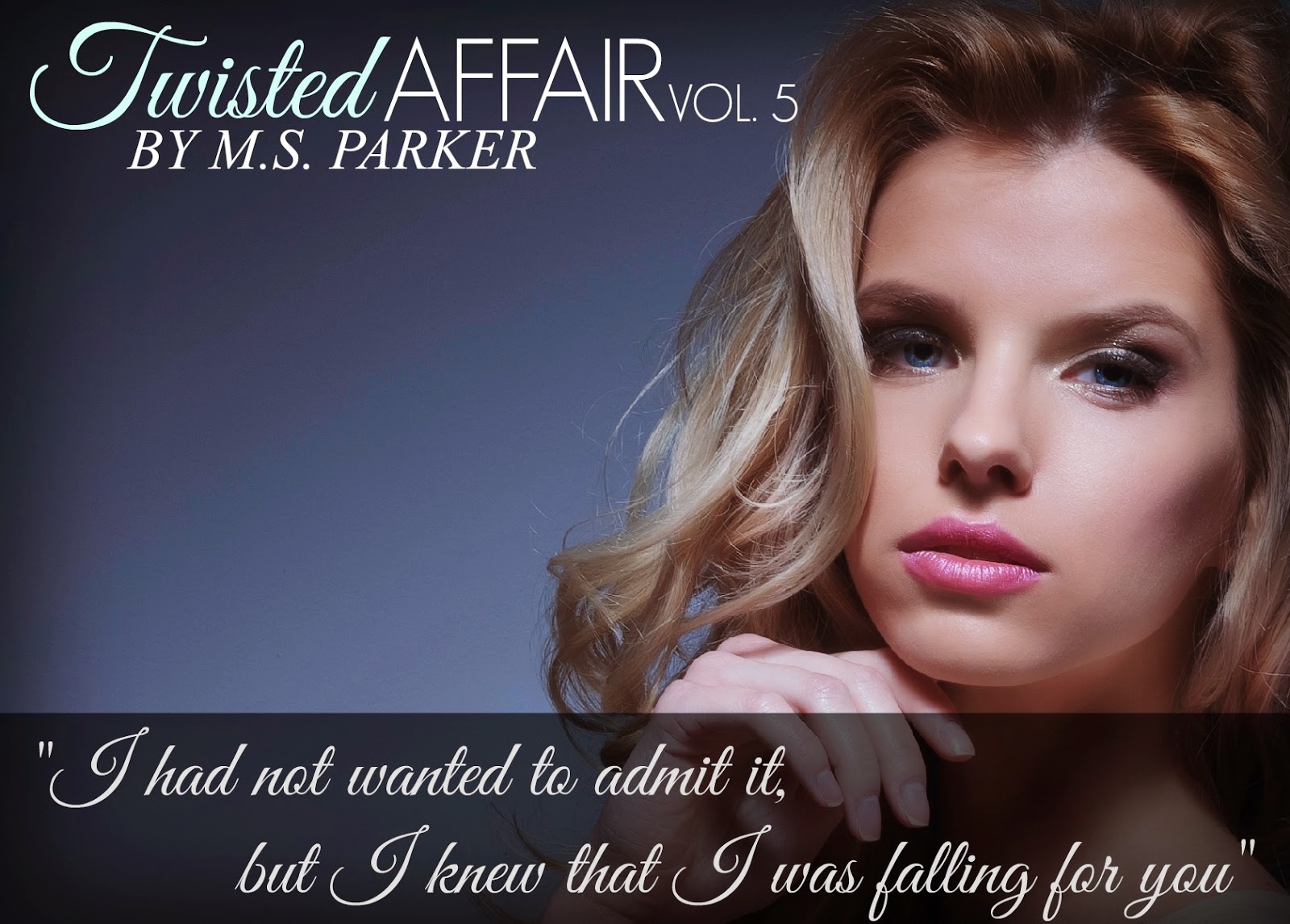 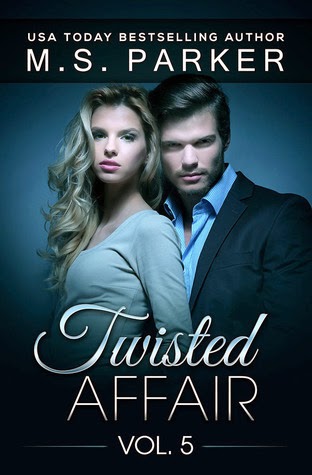 Synopsis:
I didn't want to believe it when my PI told me that everything I'd thought I'd known about my wife and my lover was a lie. But he'd had proof. Now I needed to decide what I was going to do with the knowledge I had.

When former playboy Blayne Westmore discovers the horrific secret in Livie Dusek's past, he knows that he has a choice to make. No matter what he does, however, he knows that someone is going to get hurt.

Livie thought walking away from her husband was the hardest thing she ever had to do. What she doesn't know is that he now holds information that is going to change everything. 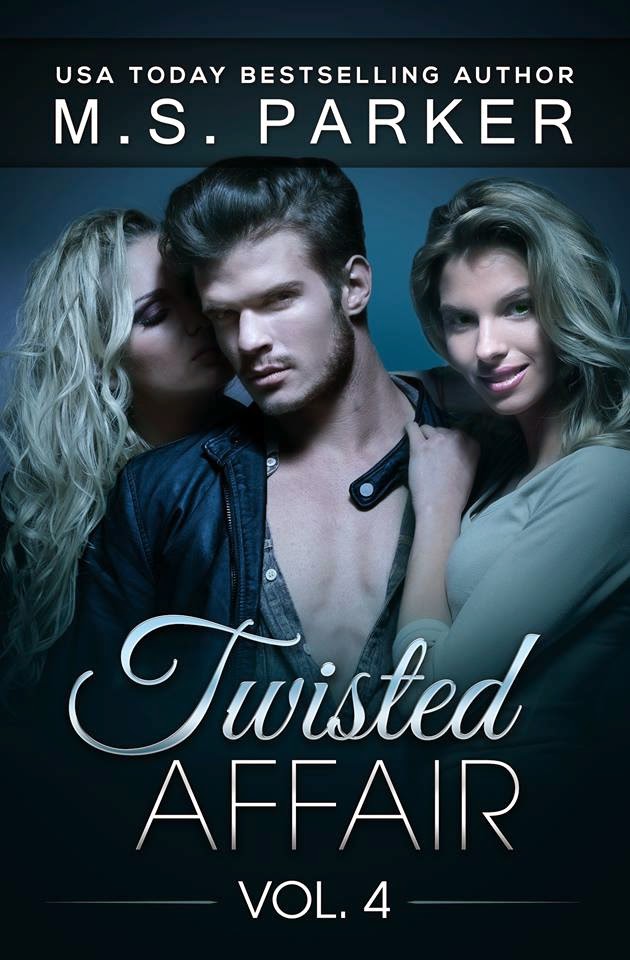 Synopsis:
My life was almost back on track. I actually enjoyed my job. I had a gorgeous wife who my family loved, and an equally gorgeous girlfriend who I loved. But I couldn't shake this feeling that it was all going to hell soon.

As Blayne Westmore tries to juggle the woman he's married to and the woman he's in love with, he begins to see that things aren't as simple as he'd hoped. He has no doubt that he loves Katka Dusek, the fun-loving and passionate younger twin, but he also finds himself thinking more and more about her more serious, intelligent sister, Livie. When he finds out the truth, however, it shakes him to his core and leaves him with the most difficult decision he'll ever have to make. 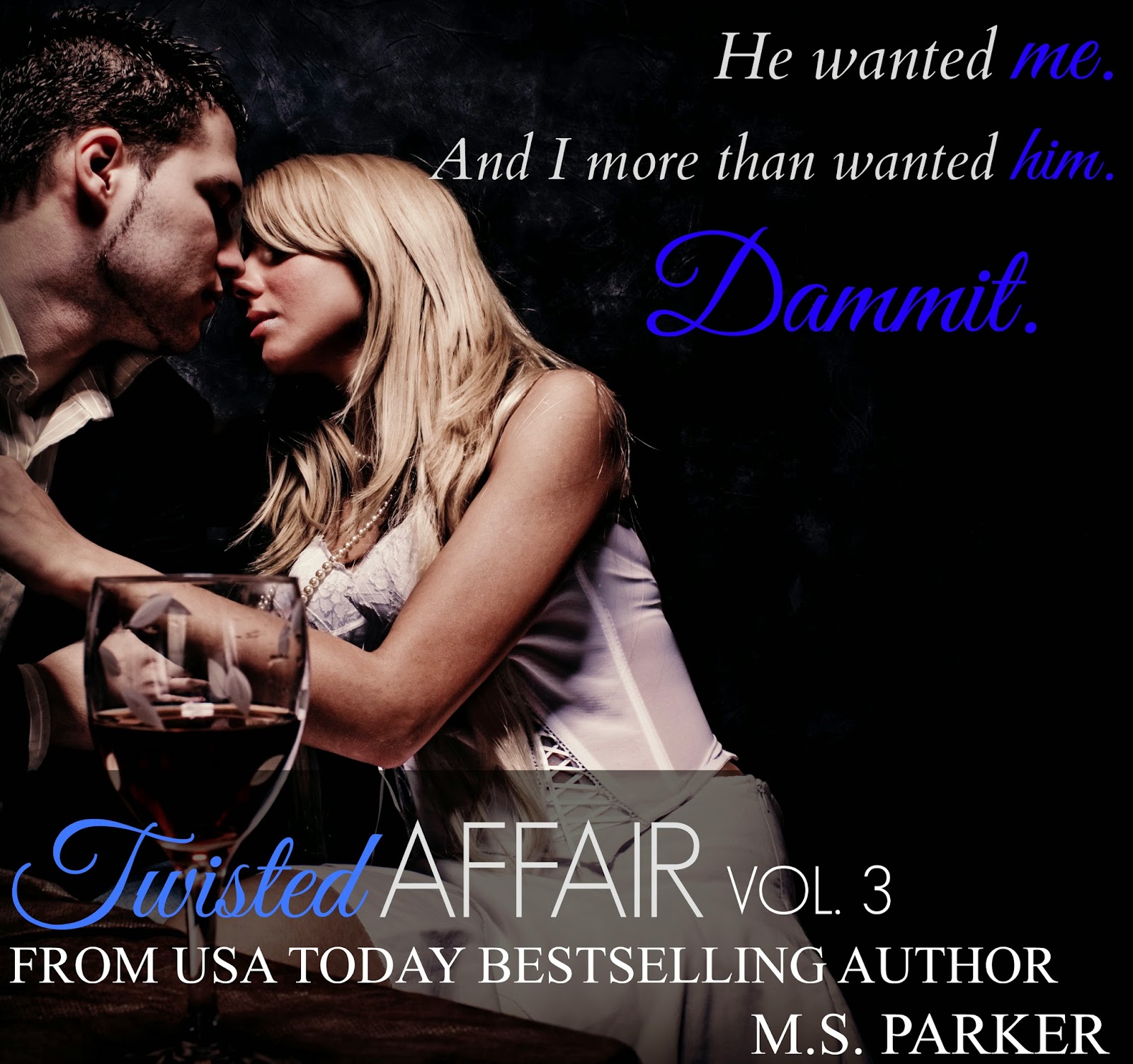 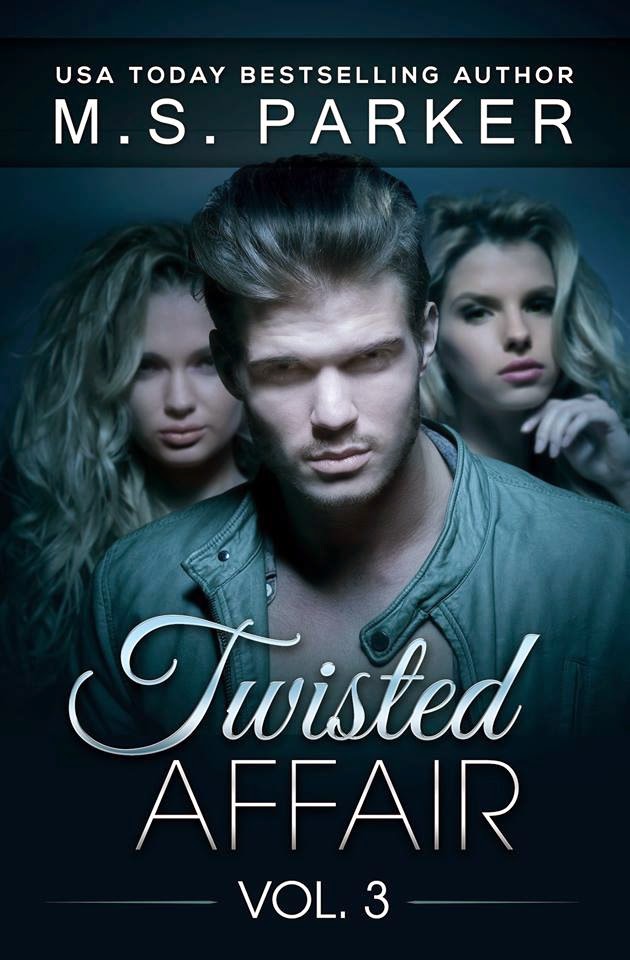 Synopsis:
When I realized I'd slept with my wife's twin sister, I'd thought everything was going to be over. My marriage. My agreement with my father. But my wife didn't seem to know and I wanted to keep it that way. There was one little problem. I couldn't seem to let things go.

Blayne Westmore has just found out that he hasn't been sleeping with his wife, gorgeous former model Livie Dusek. Instead, he's been sleeping with her identical twin, Katka. He knows he should break it off, but there's something about her that draws him to her. Now he just needs to figure out what that something is.

Livie's thankful when her husband suddenly stops trying to make moves on her, but when she figures out why, she's surprised at how much it bothers her. She knows it shouldn't. Their marriage is business only, after all. She's all but expected Blayne to find women to warm his bed. She just never thought it would be her sister. And she never thought she would care. 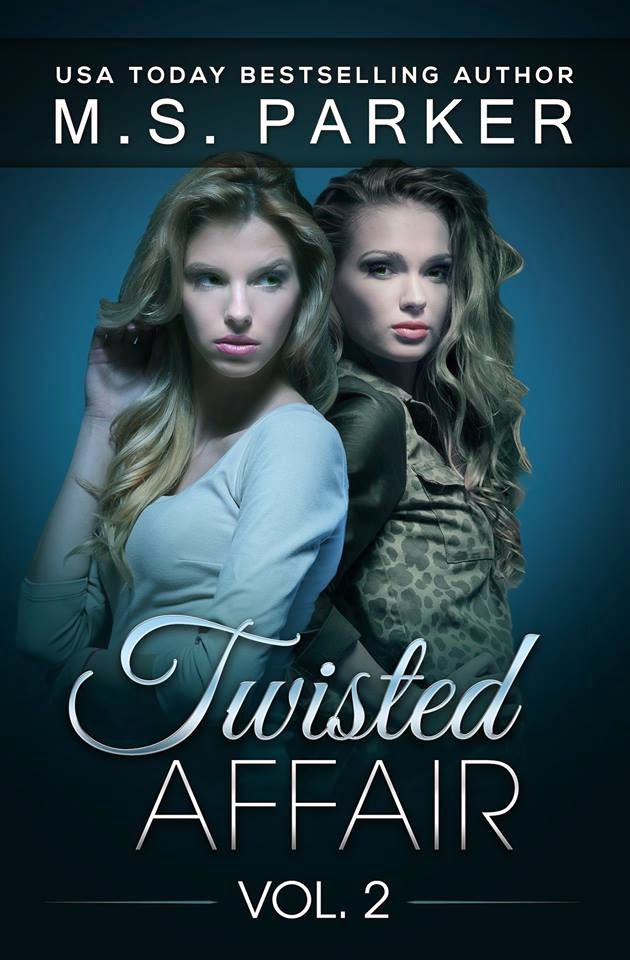 Synopsis:
When I proposed to Livie Dusek, I didn't really think that she'd say yes, but I was glad she did. Marrying her would keep my inheritance secure and my dad off of my back. Then we slept together and I thought things were even better. I had no idea.

Ladies' man and partier Blayne Westmore has been forced into marriage, but his Czech wife is smoking hot and seems to have gone back on her previous rule about no touching...or has she?

Livie doesn't know why her business-only husband has suddenly decided it's okay to try to kiss her, or why he keeps saying that they've slept together. She hopes her sister Katka isn't right that Blayne is just trying to get her into bed, but she's determined to rebuff his advances as much as possible. Once her three years are up and she has her money, she's done, and nothing that Blayne says will stop her. 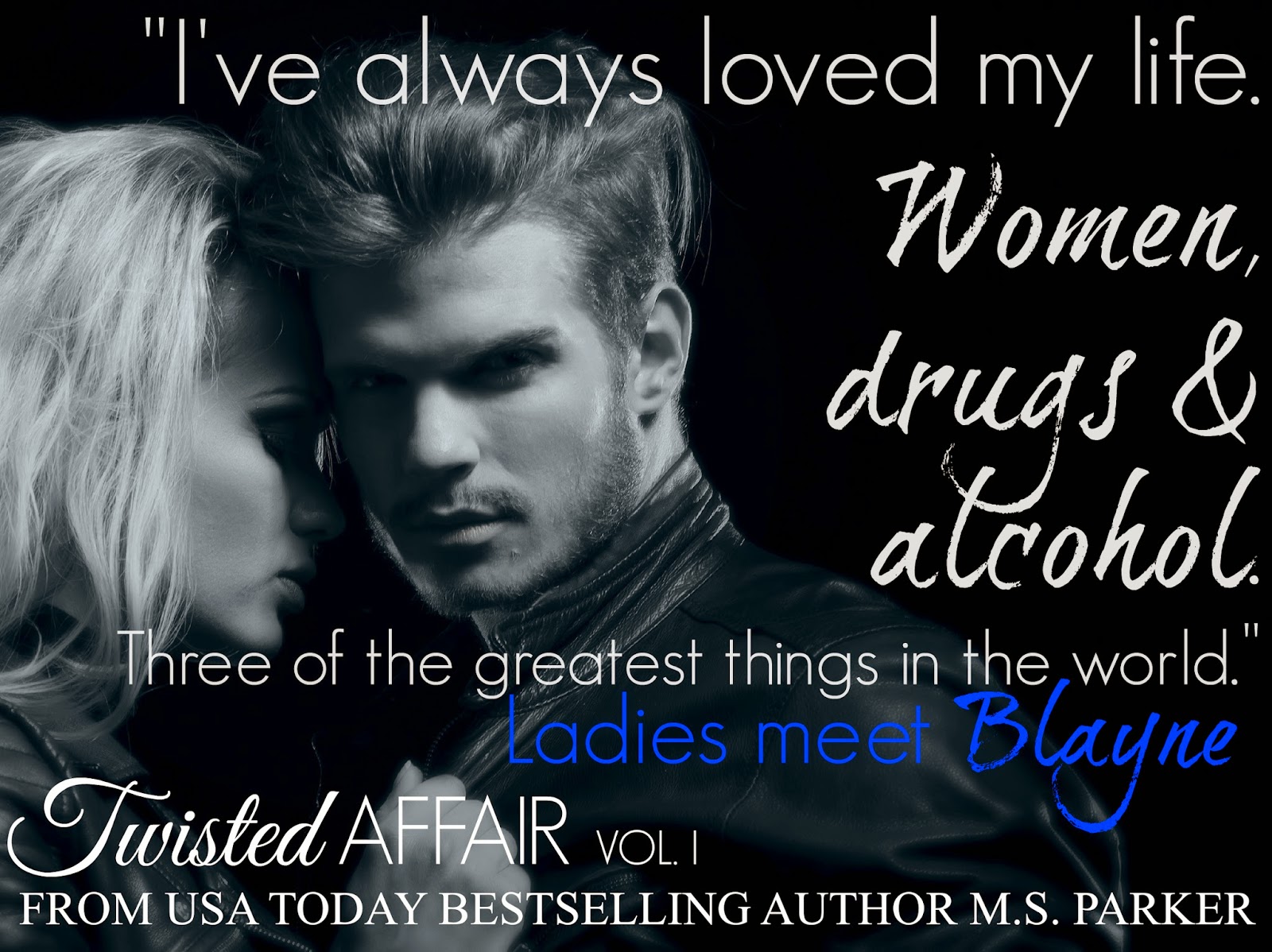 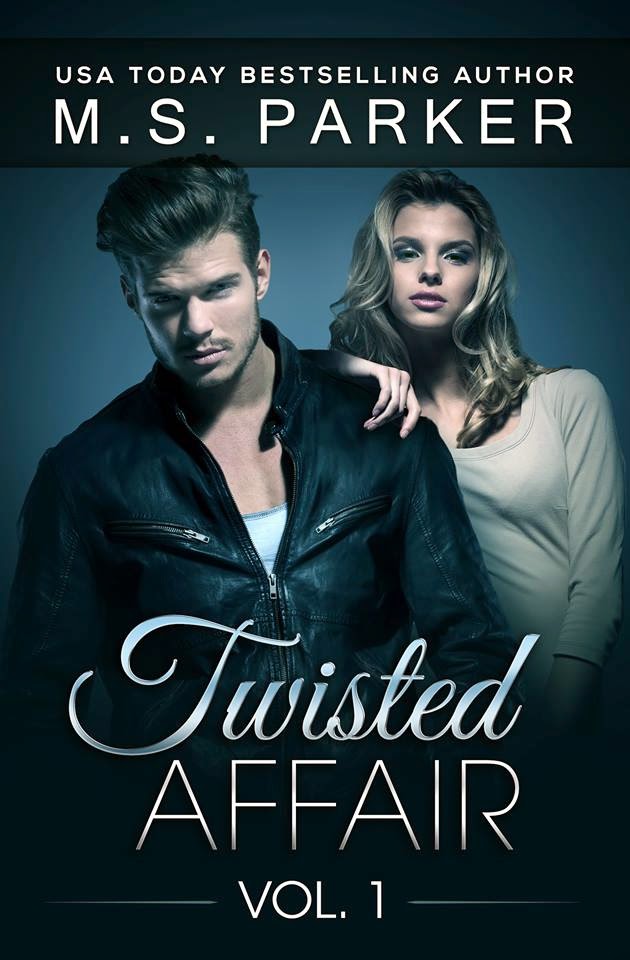 Synopsis:
I've always loved my life. Women, drugs and alcohol. Three of the greatest things in the world. Then my father decided that I wasn't living up to the high standards of our family and gave me an ultimatum. Get married or lose it all.

When Blayne Westmore screws up for the thousandth time, his father lays down the law. Blayne has to find a wife and settle down or he'll be disowned.

Twenty-three year-old Livie Dusek is a Czech immigrant working hard towards the American dream – one that doesn't involve love. But when a handsome stranger offers her a marriage proposal and more money than she could ever dream off, she accepts, much against her sister’s wishes. Livie has just one rule for her future husband: No sex between them.

Author Bio:
M. S. Parker is a USA Today Bestselling author and the author of the Erotic Romance series, Club Privè and Chasing Perfection.
Living in Southern California, she enjoys sitting by the pool with her laptop writing on her next spicy romance.
Growing up all she wanted to be was a dancer, actor or author. So far only the latter has come true but M. S. Parker hasn't retired her dancing shoes just yet. She is still waiting for the call for her to appear on Dancing With The Stars.
When M. S. isn't writing, she can usually be found reading- oops, scratch that! She is always writing.

Email ThisBlogThis!Share to TwitterShare to FacebookShare to Pinterest
Labels: Blog Tour, M.S. Parker, Once Upon An Alpha, Twisted Affair Series