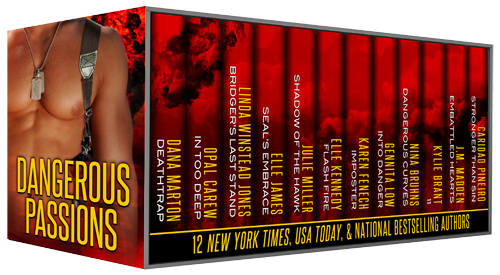 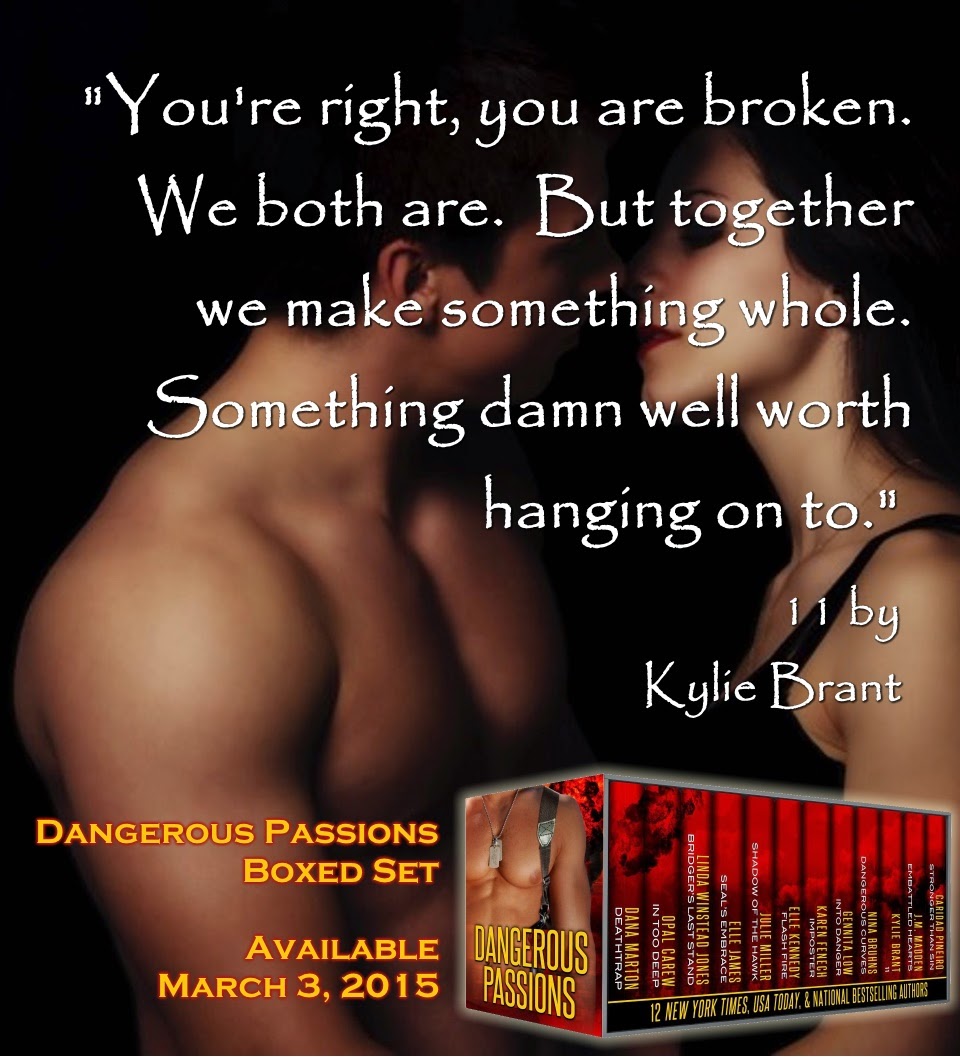 Five years after escaping from The Collector Mia Deleon stops hiding and teams up with security expert Jude Bishop to track her former captor. Jude’s efforts to help Mia are complicated by the growing attraction between them. Because their race to trail the sexual sadist brings Mia ever closer to the man determined to see his collection finally complete…. 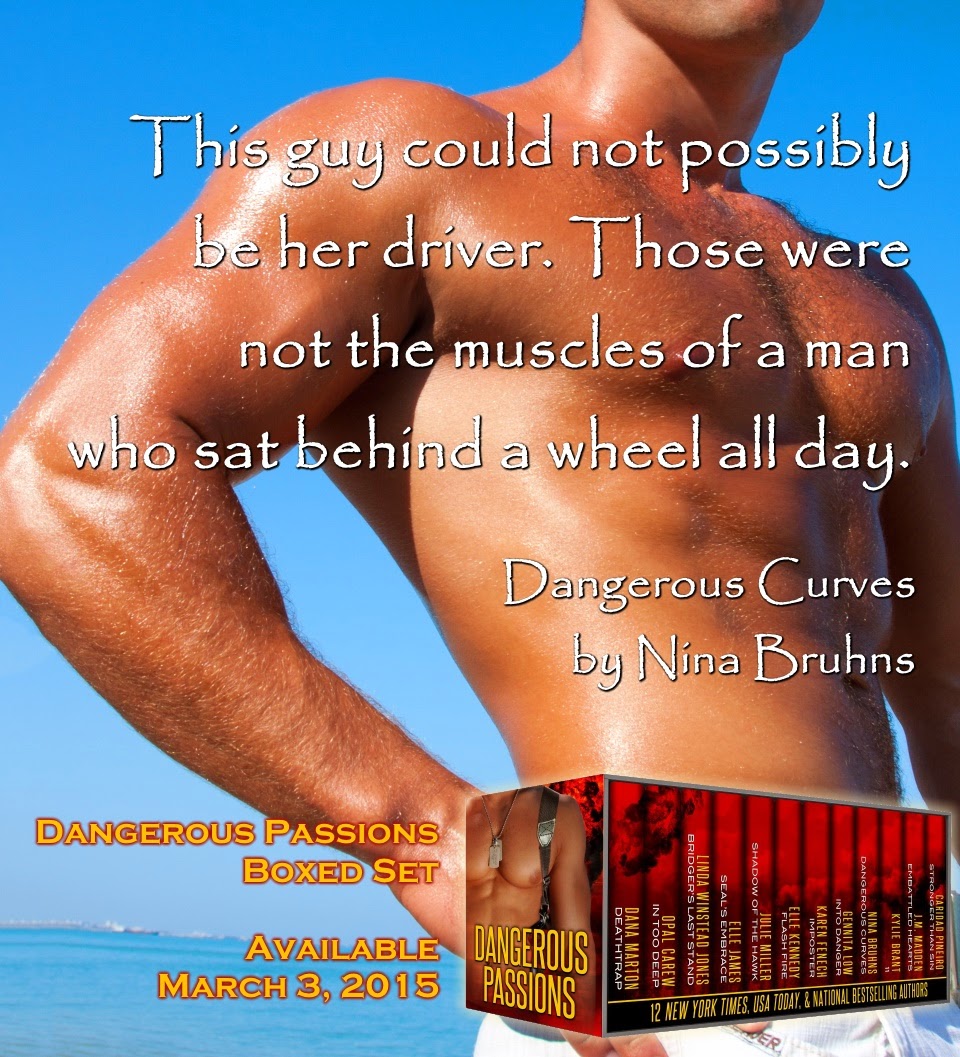 A spec ops transporter for STORM Corps takes on drones, bad guys, and car chases on the coast of Italy—and falls for a beautiful scientist whose curves are far more dangerous than the road! 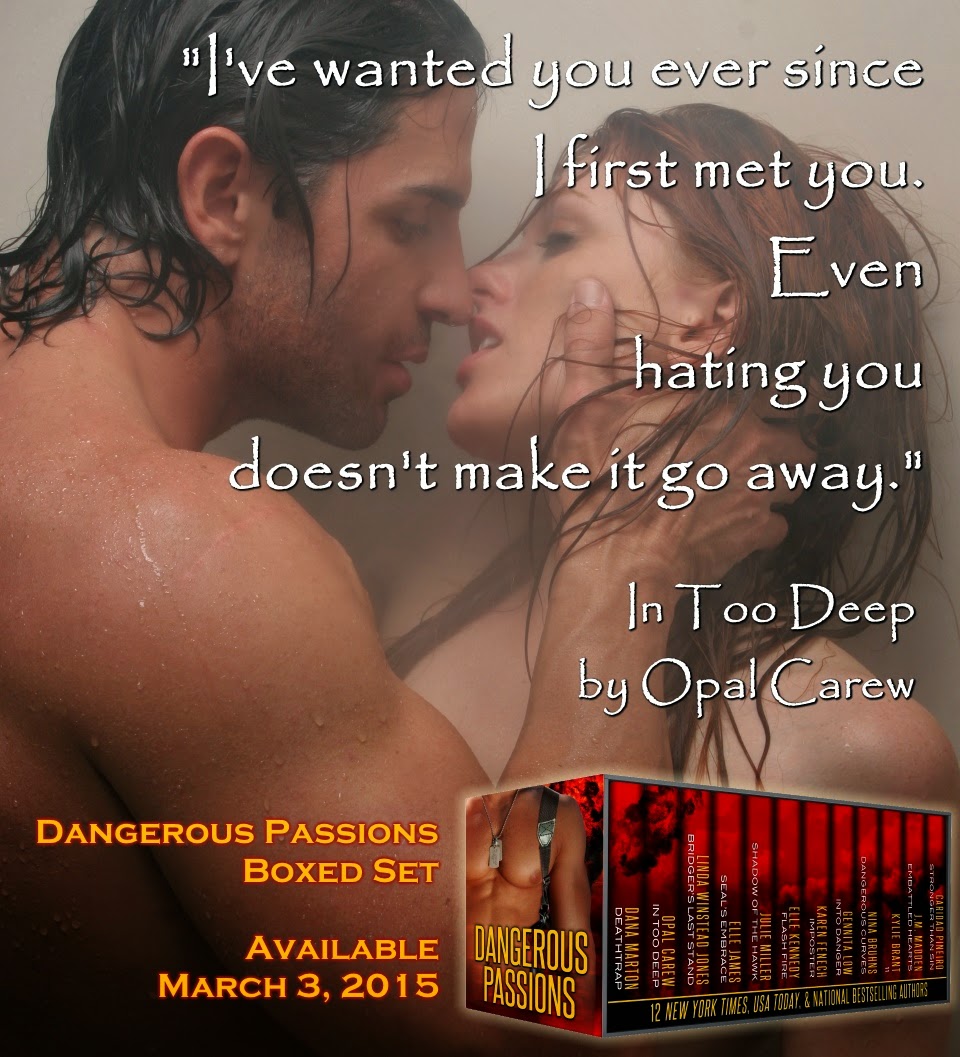 Angel has been deep undercover in the mob for far too long. Four years ago, she was forced to betray the only man she ever loved. He barely got away with his life, and now he hates her. Too bad they’ve been partnered to work together. As man and wife. 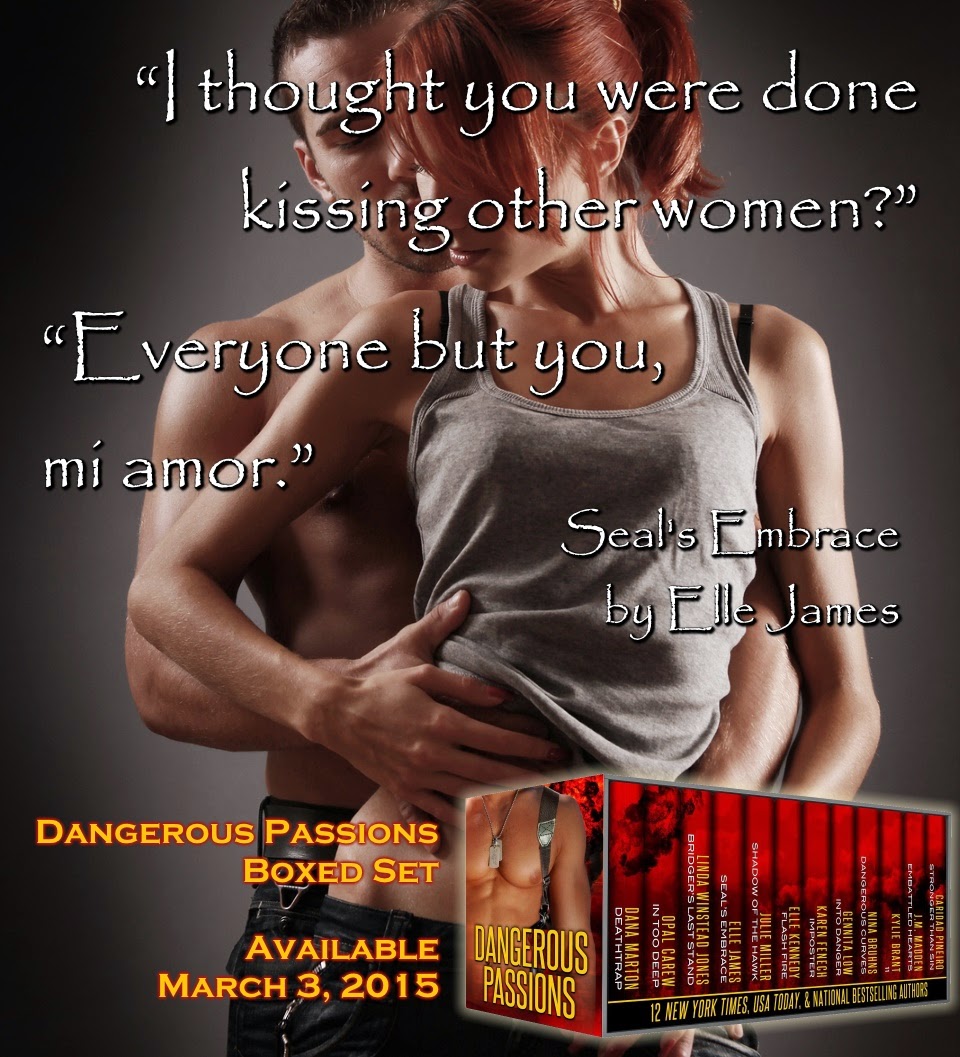 Injured Navy SEAL and the critical care nurse he’s attempting to woo join forces to stop a terrorist attack at a military hospital in Germany. 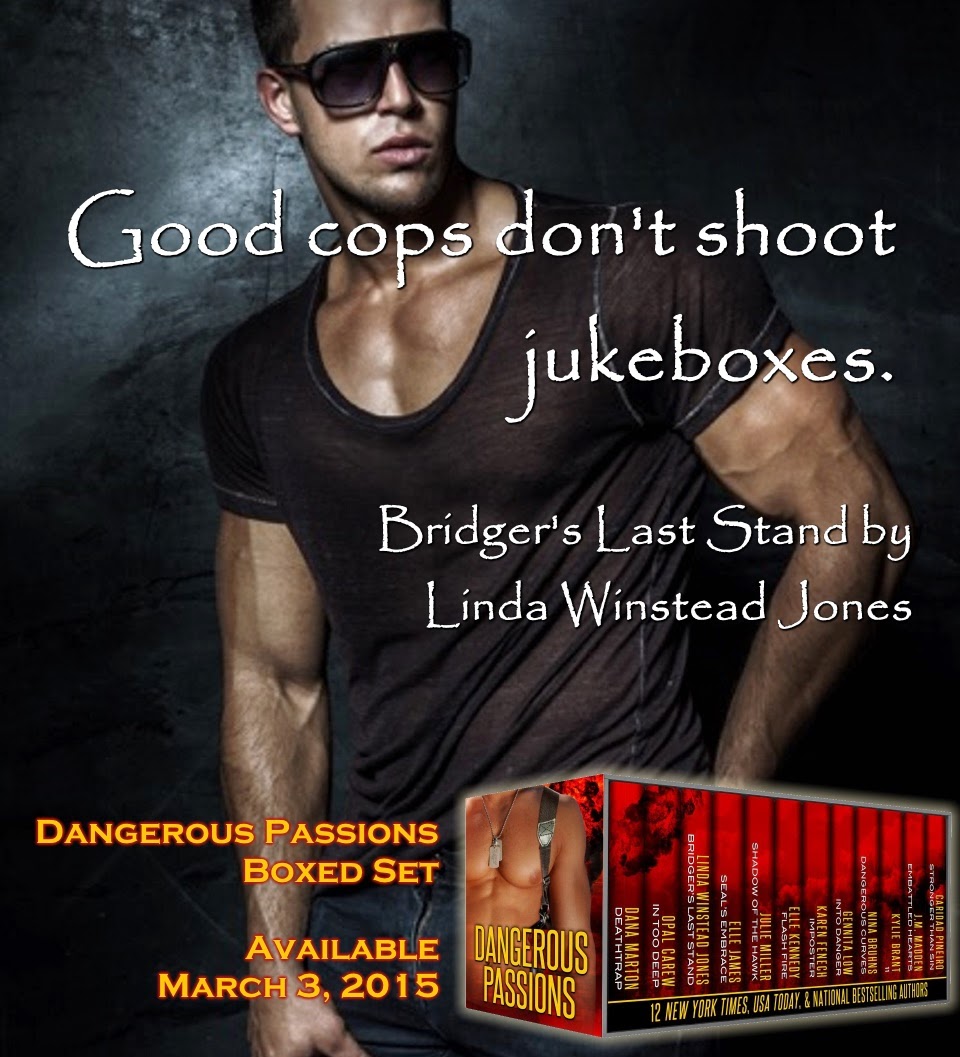 When a one night stand makes Frannie a witness to murder and puts her in danger, Detective Malcolm Bridger refuses to let her out of his sight until the murderer is caught. 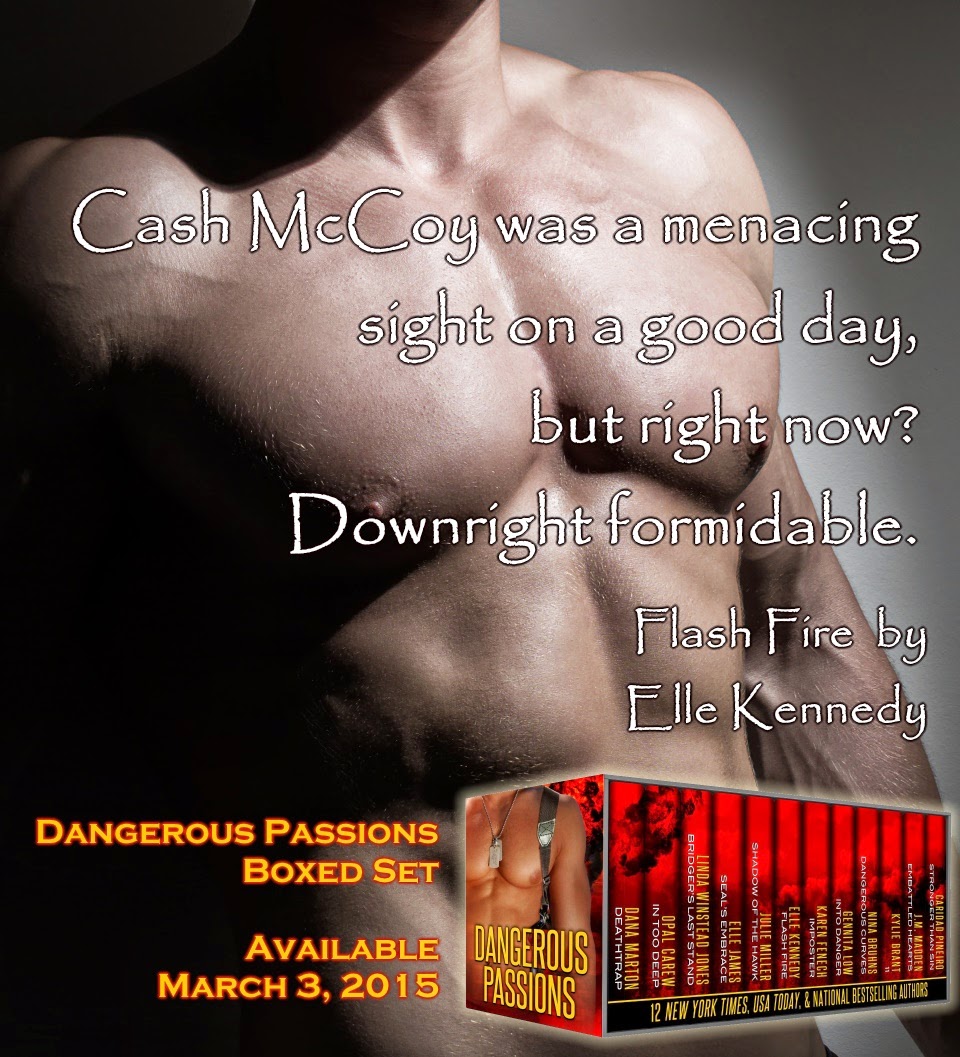 Navy SEAL Cash McCoy knows all about danger, but when it comes to the love of his life, this alpha soldier does everything in his power to keep Jen Scott happy and safe. When the tables are turned and Jen places herself in harm’s way for her job, Cash must learn to trust the woman he loves…or lose her forever. 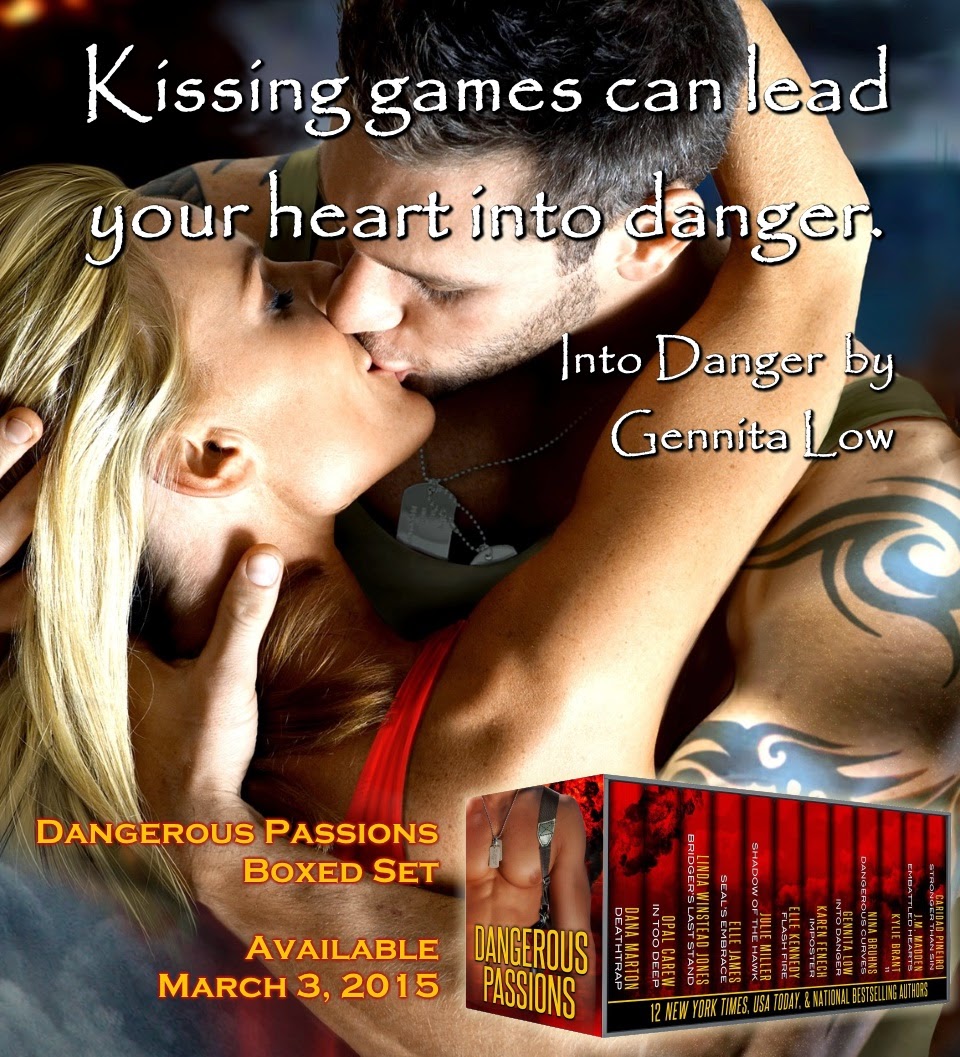 Navy SEAL, Steve McMillan, has been pulled from his team to work with CIA’s Task Force Two, where he’s assigned to deal with the “world’s most glamorous assassin.” Marlena Maxwell proves to be as seductive and dangerous as her reputation as the assignment becomes a game of cross and double-cross. Into Danger is the winner of RT Book Reviews’ Best Romantic Intrigue. 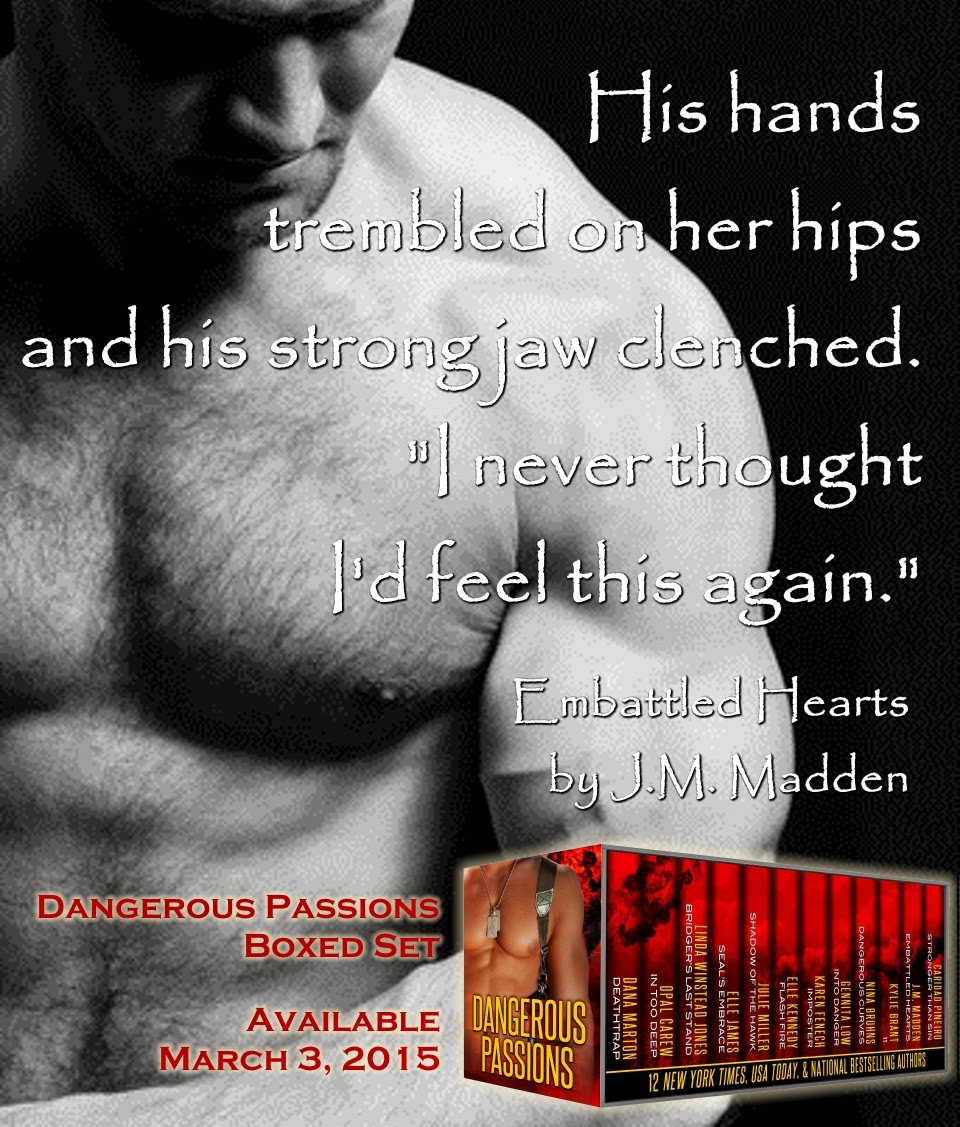 For the first time in years former Marine John Palmer has met a woman that makes him feel like the man he used to be, before his catastrophic injury. When a stalker threatens her, it’s his job to remove the threat. Why does the possibility of having his heart destroyed scare him more than taking on a killer? 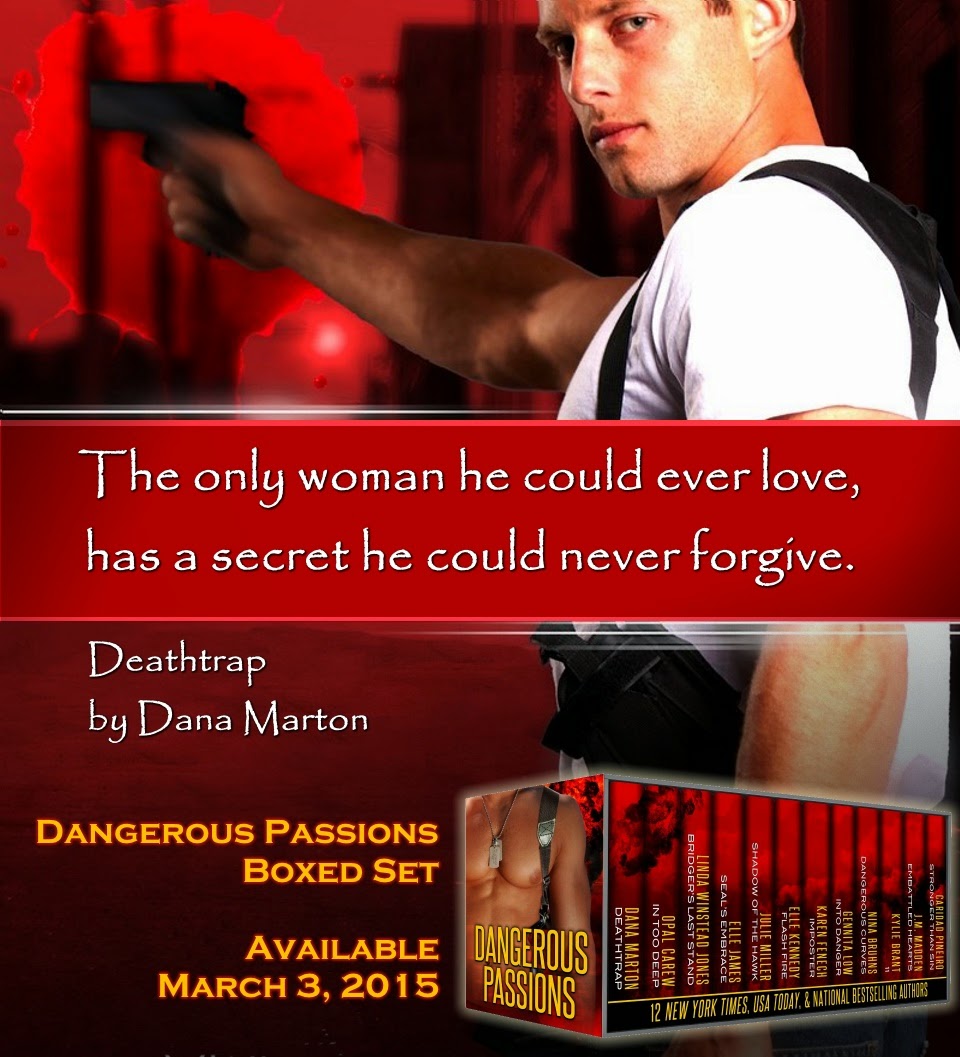 The only woman he could ever love, has a secret he could never forgive. 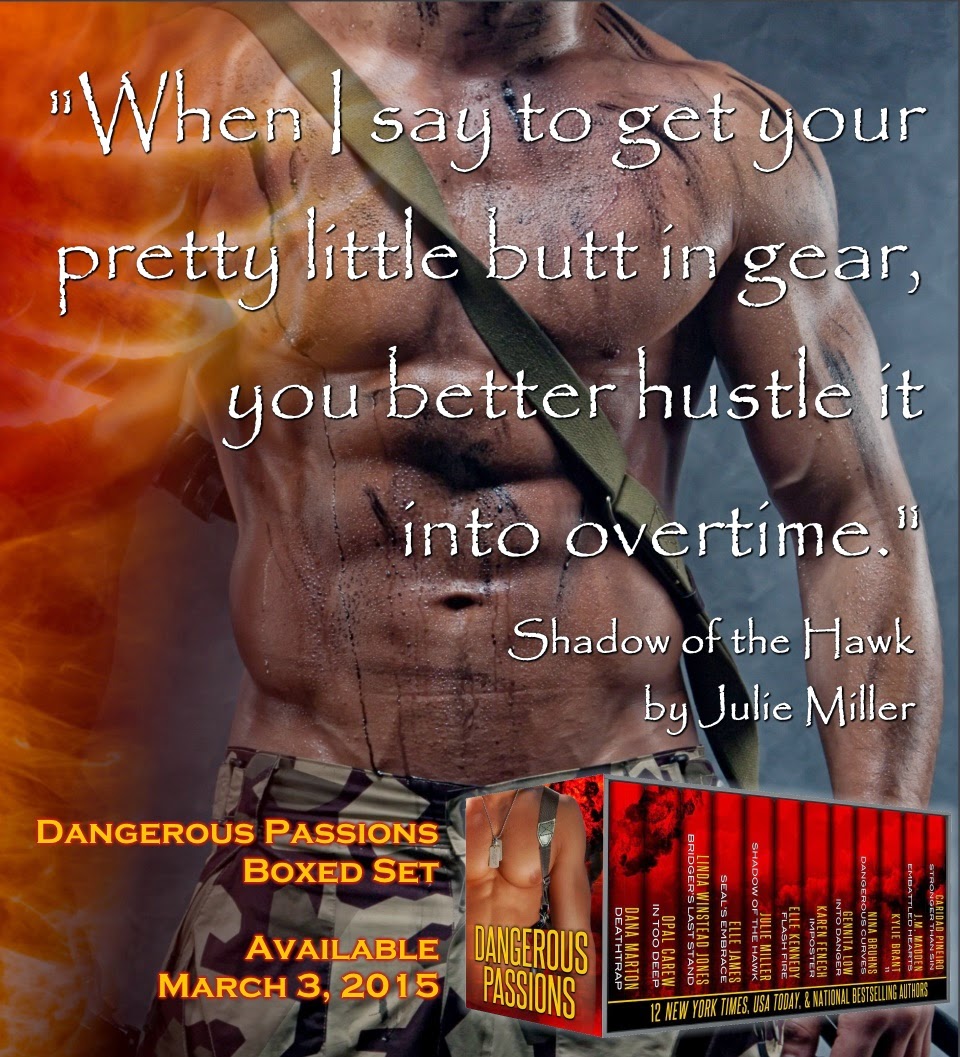 A Marine whose soul is tortured by his mystical abilities puts his life—and heart—on the line to rescue a Plain Jane school teacher and her students from an archaeological field trip gone horribly wrong. 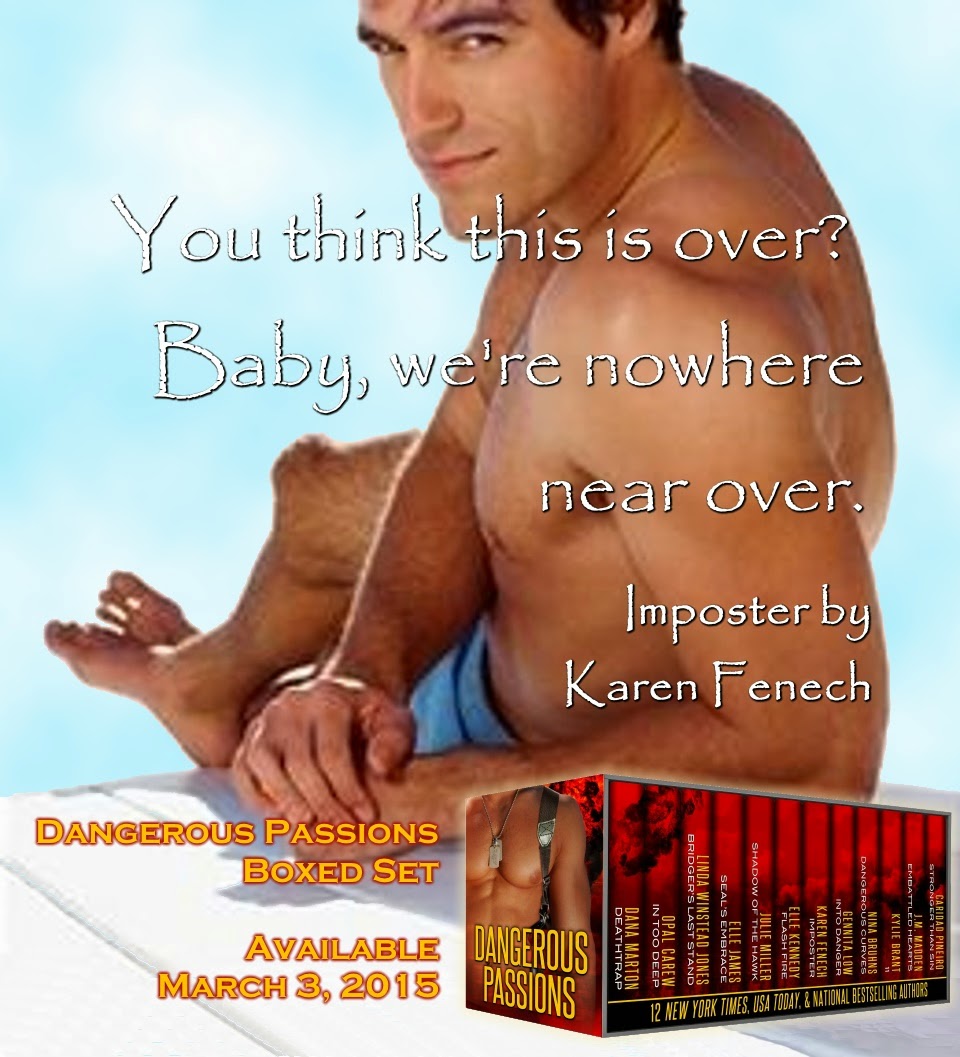 Chemist Dr. Eve Collins, wrongly accused by the CIA of developing a chemical weapon, learns someone has set her up as a scapegoat. That “someone” wants her dead. 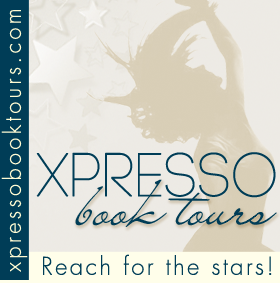