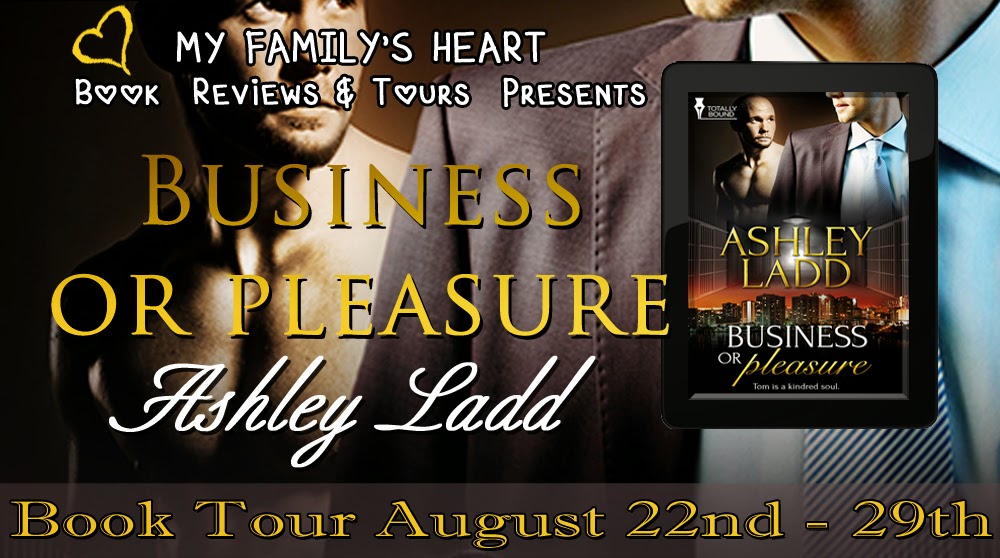 Thank you for stopping by my blog today. I'm hosting Ashley Ladd's Business or Pleasure Book Tour & Giveaway presented by My Family's Heart. 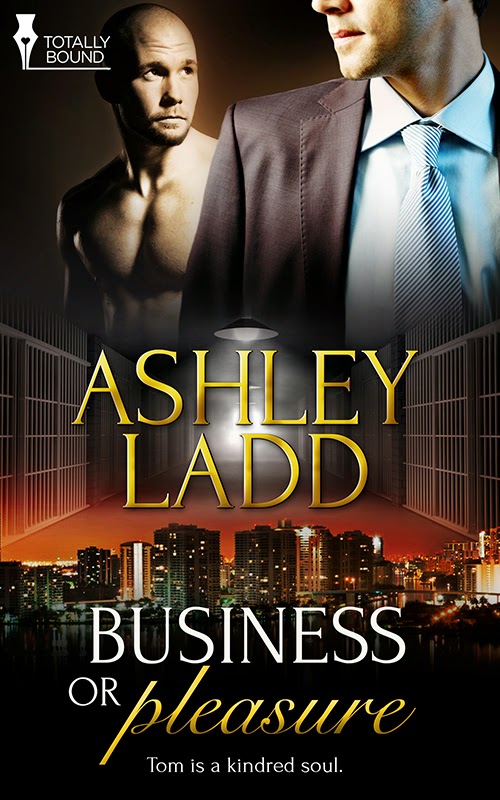 Blurb:
Guy Rogers is extremely attracted to his new realtor, Tom Beaudreaux. As a passionate vegetarian and animal activist, he’s ecstatic that Tom is a kindred soul. He could never be with a carnivore. Unfortunately, Tommy isn't really a vegetarian or animal activist. He never said he was either, he just didn't eat meat when he was with Guy. And maybe he emptied his house of all meat and dairy products before inviting Guy over. In fact, Tommy’s family owns the most popular barbecue restaurant in town and if his family has their way, he’ll manage the new location.

When Guy finds out that Tommy eats meat and his family owns a restaurant that is a monument to eating meat, he’s livid and doesn't know if he wants anything else to do with Tommy.

But then Guy’s life gets crazy –his dad’s paranoia blossoms into violent dementia, he gets arrested for picketing a doggy mill, and then he winds up in even more legal trouble. When Tommy sticks by him through all his trouble and does everything he can to help him, Guy wonders if he’s been too militant and narrow-minded. Perhaps he can learn to live with people who have opposite views.

Excerpt:
Gunshots rang out as they turned onto Guy’s street.

Tommy looked at him and mouthed, “Shit! You don’t think…?”

“I hope not. I don’t know.” Guy pressed the gas pedal to the floor and the car shot forward, fish-tailing.

Guy’s intuition told him he wasn’t. His knuckles turned white they held the steering wheel so tightly. Unafraid for himself but scared for his dad, he pulled into his driveway and jumped out of the car, with Tommy close on his heels.

The woman next door ran outside screaming, tearing out her already tattered hair. She pointed at her front door. “Your father’s shooting up my house and is holding a gun at my dad’s head. He’s going to kill him. You’ve got to do something.”

Tommy yelled as he began dialing on his phone, “I’m calling the police.” As if on cue, police sirens blared in the distance and grew louder by the second.

“Wait for the police. Don’t put yourself in danger,” Tommy ordered forcefully.

“I have to take the chance. He could kill someone before the police get here. I can’t let that happen.” He put himself in harm’s way for animals, so certainly he could risk his life for his own father and other fellow human beings. He had no choice. It would be his fault if someone got hurt.

So he ran through the open door flailing his arms, hoping he would be in time. “Dad! It’s Guy. Don’t do anything. I’m here. You’ll be okay.”

“He’ll be okay? What about me? He’s got a shotgun pointed at my head threatening to blow it off,” the elderly neighbor cried.

Ashley Ladd lives in South Florida with her husband, five children, and beloved pets. She loves the water, animals (especially cats), and playing on the computer.

She's been told she has a wicked sense of humor and often incorporates humor and adventure into her books. She also adores very spicy romance, which she weaves into her stories.

GIVEAWAY PRIZES:
One -$20 Amazon gift certificate
One - Kindle copy of Business or Pleasure