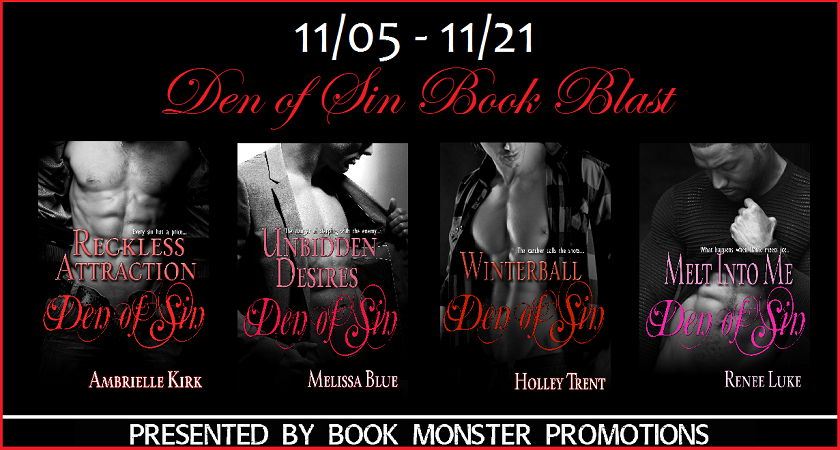 Thank you for stopping by my post on Den of Sin Book Blast & Giveawaypresented by Book Monster Promotions. 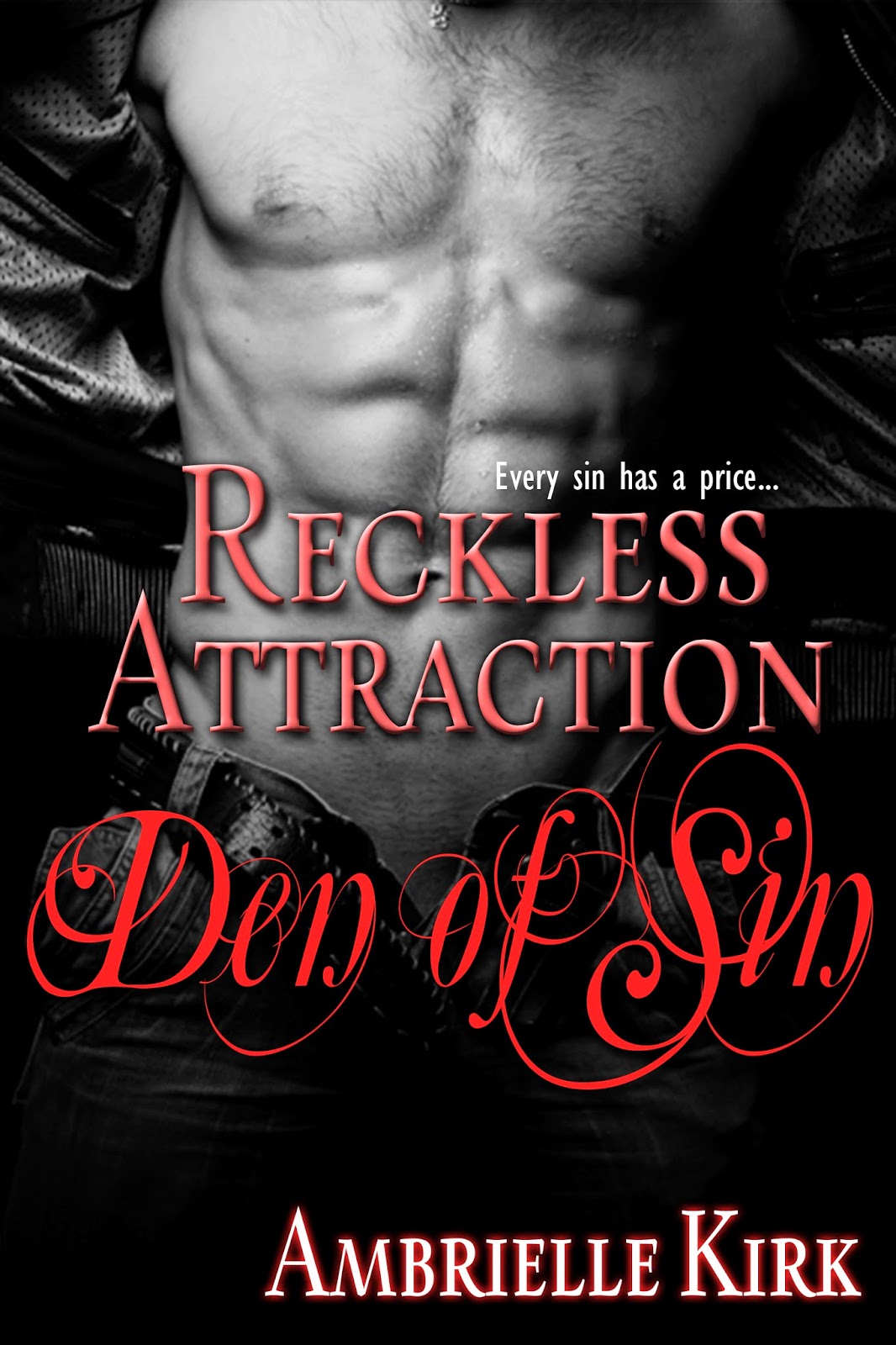 My estranged husband, Rich, is a habitual cheater. He says he has a problem with commitment because he’s messed up in the head. I’ve called him on it more than once. No one likes a liar, no matter how handsome he is. He says he wants me to have casual sex with another man to even the score. I don’t need his free pass. I can do bad by myself. I already have…I spend my days working at the diner and my nights in an adult chat room with a sexy stranger, keeping my body at a distance and my heart safe.

Rich’s biggest mistake didn’t occur when he stepped out on me. His undoing was inviting Trevor Stanley into our bed. Trevor is cocky, arrogant, and holds nothing back, but when he looks at me, I’m drawn to him like light is to dark. Pending my divorce, Trevor seems to think I’m fair game and leaves more than his sex-laced advances on the table. He’s way too tempting and doesn’t seem to think it matters that my soon-to-be ex-husband is his boss.

All I really want is a no-strings-attached fling. The opportunity comes when I receive an anonymous invite to the Hotel Beaudelaire’s exclusive Den of Sin Winterball. But every sin has a price…

Melt Into Me By Renee Luke 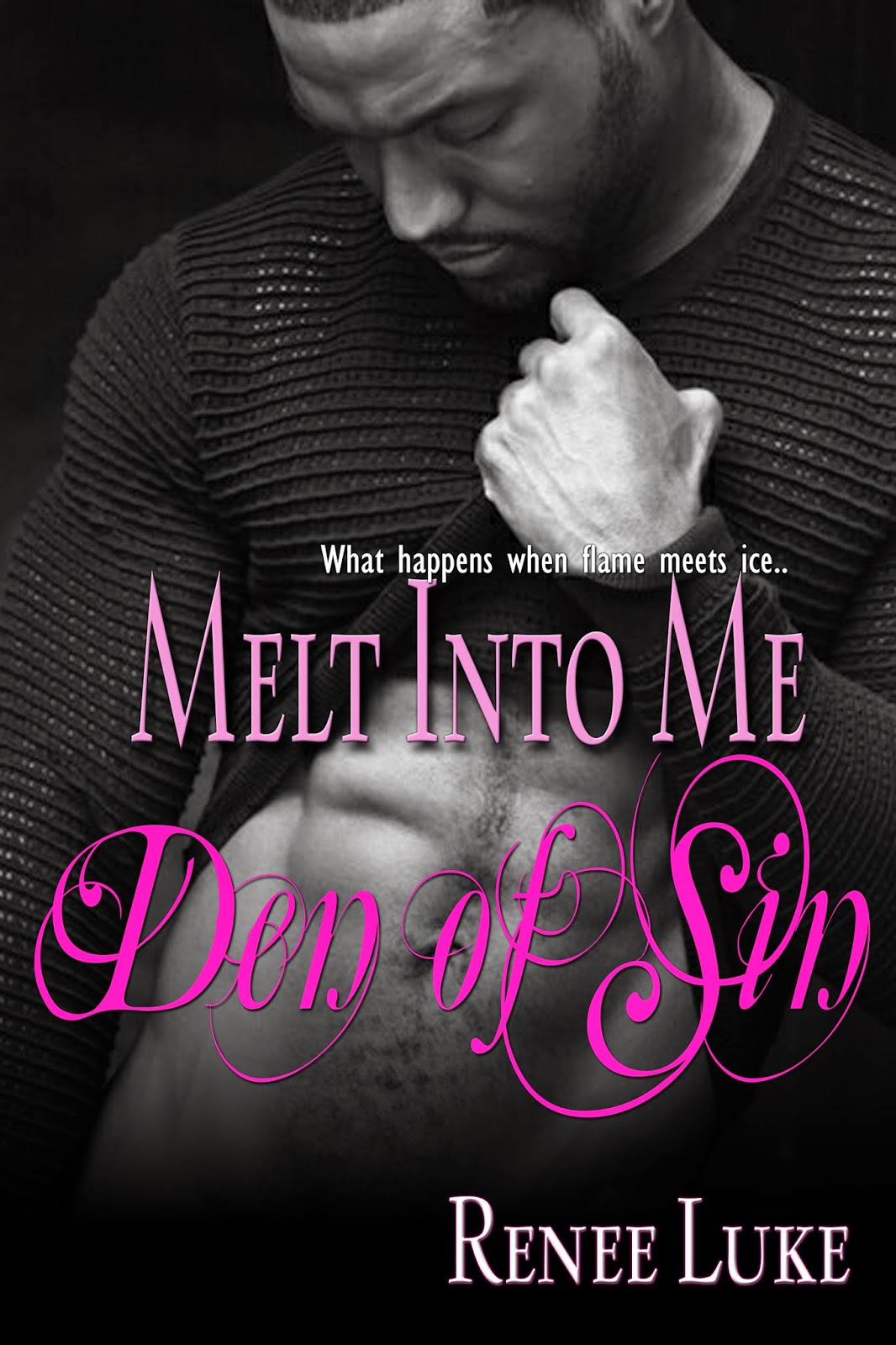 Lawyer Taya Monroe’s coworkers believe she’s an ice princess, but in truth, she’s burning up inside and craving a man too dangerous to court. When a client slips her an invitation to the Den of Sin’s exclusive Winterball Masquerade, she decides to take a chance. She can experience all her sexual fantasies behind the anonymity of a mask, and she knows exactly whom she wants the matchmaker to set her up with: fellow attorney Aiden Cole.

Aiden believes in working hard and playing harder, and commits to everything in his life with passion. However, although he’s had his fair share of lovers, he’s no player. His encounters are sins of the flesh—never the heart. His heart is already claimed. When he’s invited to the masquerade to meet with a secret guest, he accepts…and pegs the masked mystery woman as his untouchable ice princess the moment he sees her move.

At the Den, anything goes, and Aiden’s ready to give Taya his body in addition to his heart. But will she survive the heat of their encounter when he makes her hard-won icy walls come melting down? 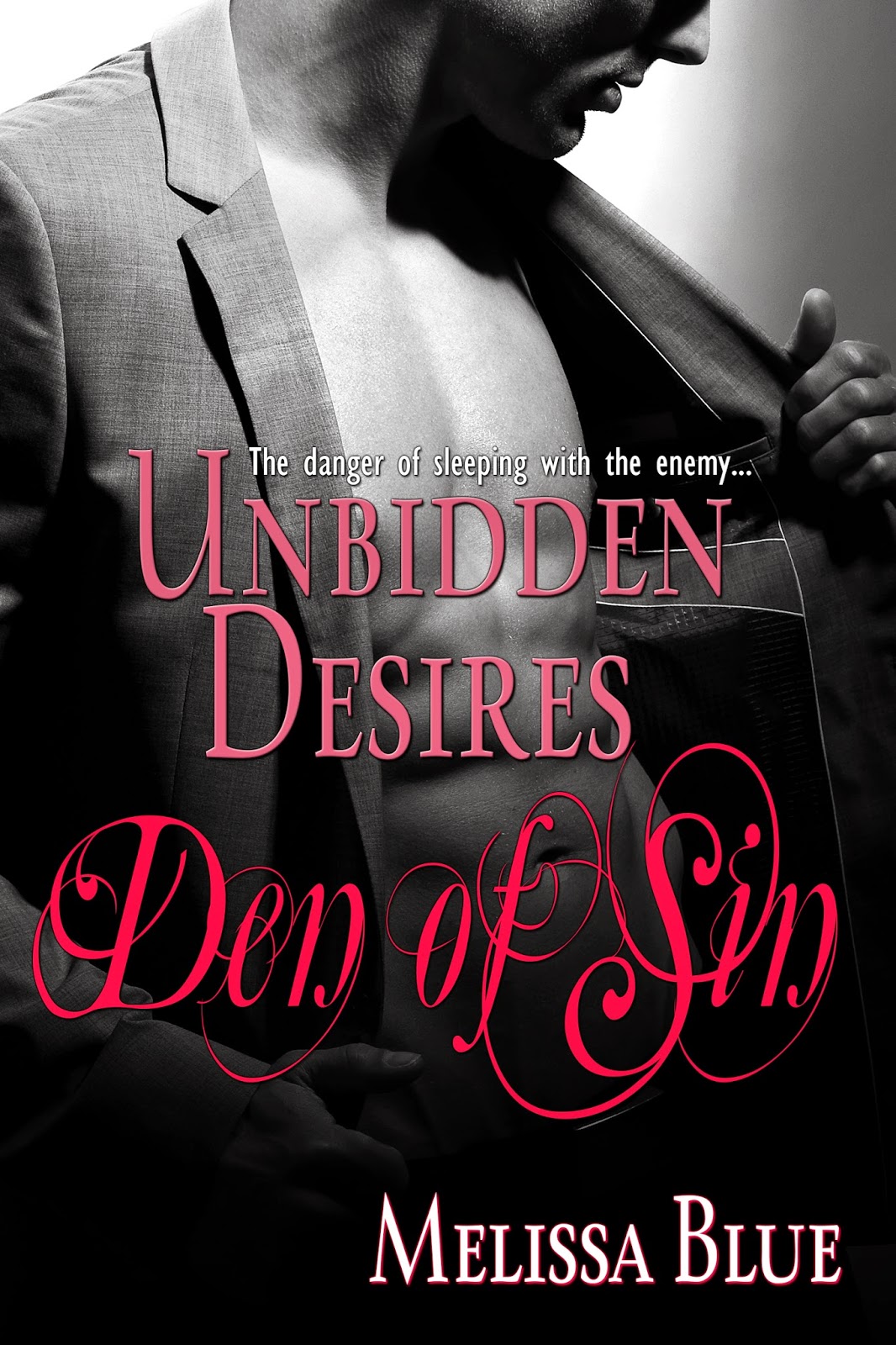 When your greatest enemy becomes your best lover…

Zora Riley’s intentions were to discover the scandalous story her rival dug up on The Beaudelaire. If the whispers were true then a five-star hotel in New Orleans transformed into a Den of Sin. Just the name of one famous attendant could make the rest of her career, and if Alastair planned to report the story first then she had to be the one to scoop him. It was only fair since he’d been taking her stories for the last six months. But when a heated argument with Alastair turns into a toe-curling interlude, she’s shaken to her core.

Alastair Halliday left Great Britain to make a name for himself in America, but he didn’t come to the Den for a story. Working for years in a dog-eat-dog environment, with insane hours, has left him needing something a little less refined and ambitious…something that will feed his kink. The Den’s winter masquerade ball will allow him to be anyone, someone whose work won’t get in the way of something simple and primal. That is until he kisses Zora, his most tempting rival.

When the weekend is over and the masks come off, will they go back to being enemies or will they stay lovers? 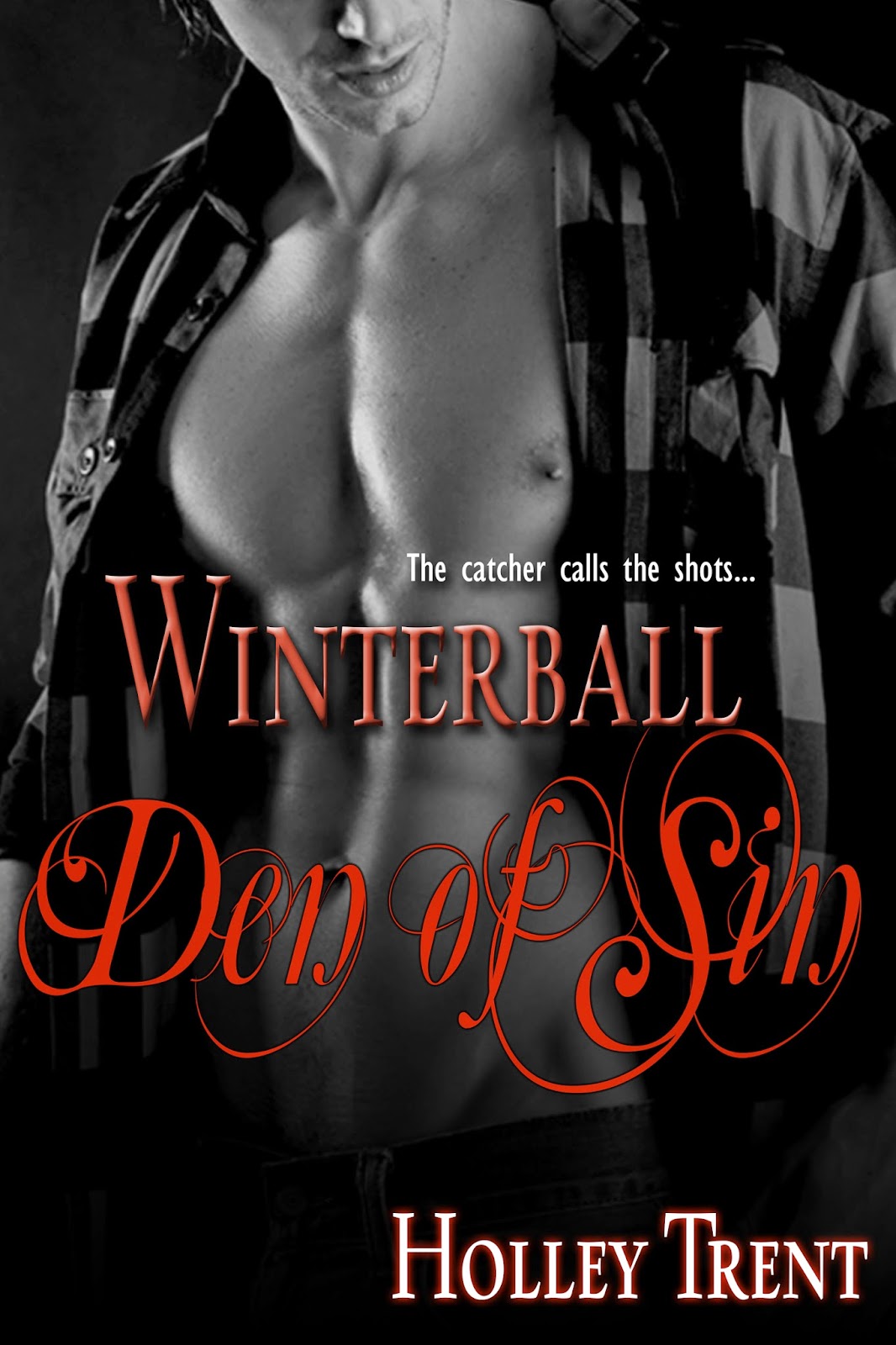 The catcher calls the shots.

When teammates Barton Lock and Evan Boswell arrive separately at the Hotel Beaudelaire’s exclusive Den of Sin Winterball, neither expects the staff matchmaker to pair them with the other. Evan is minor league baseball’s biggest ladies’ man, and Bart has spent way too many nights bearing witness to Evan’s conquests.

Evan came to the Den to play, but knowing Bart is the other party in his secret weekend rendezvous changes the game. Evan’s used to Bart calling the shots on the field, and wouldn't mind so much if Bart did the same in his personal life, too. Unfortunately, Bart thinks Evan’s attempted seduction has more to do with changing his mind about retiring from their sport than hitting a relationship home run.