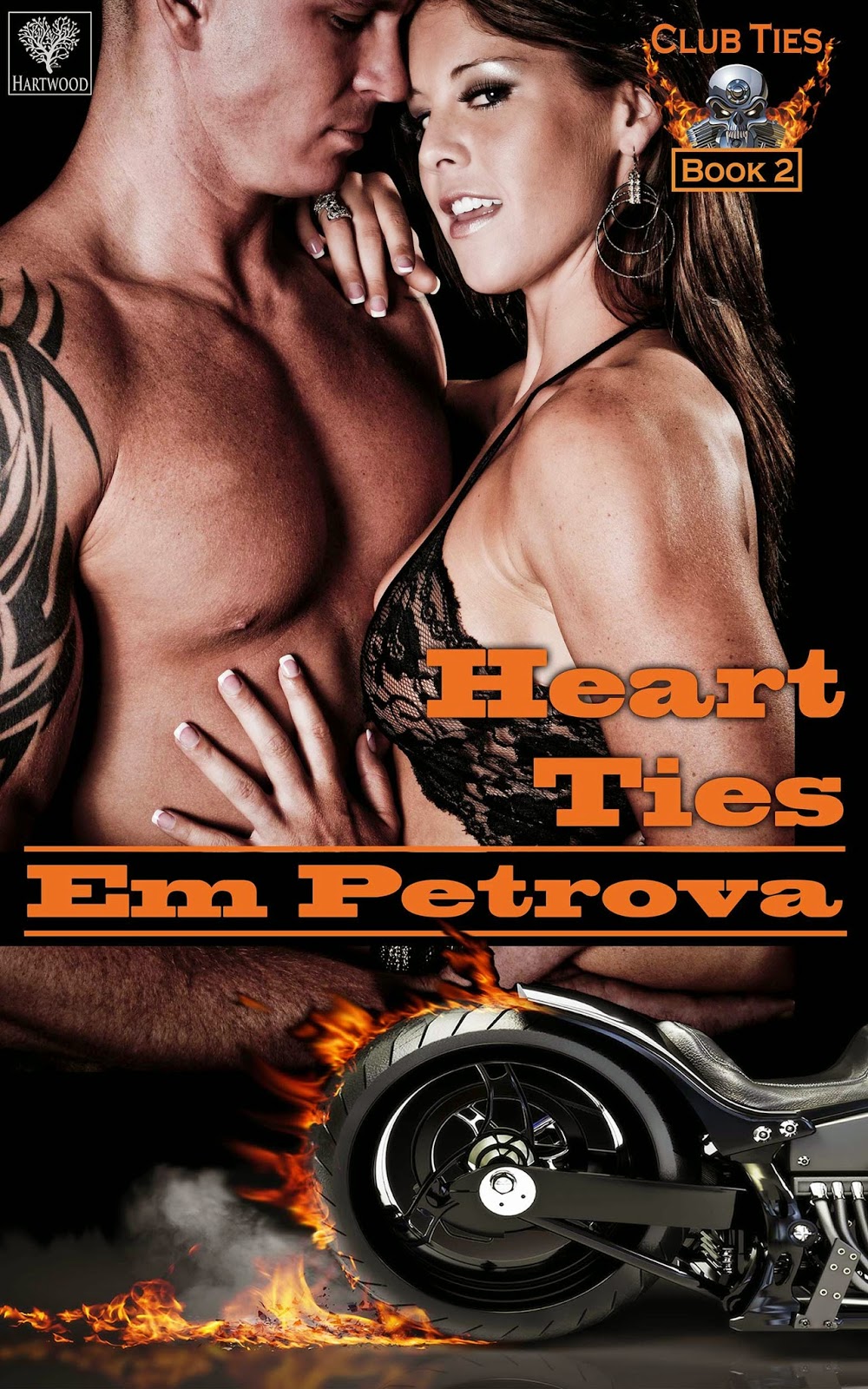 Blurb:
The only thing keeping Ex-Marine Drake from drinking himself into an early grave is his love of leather, horsepower, and his motorcycle club. Battling to adapt to a world where he isn’t blowing everything up, he roams the highways to keep his mind off his past. But after a mission to kidnap the curvy, tattooed goddess, Delta, he finds avoiding the bottle a little easier. Especially since he can only dream of finding solace against her silky body.

Delta would do anything to escape a life where pain and fear control her. She’s lived as a slave and outsider since she could walk. When a scary biker clan storms into her life and introduces her to her long-lost sister, she’s shocked to find warmth and comfort. While Delta knows better than to hope for a life she can’t have, Drake refuses to let her slip back into the hell she knows.

Plunged into a world of gambling, guns, and drugs isn’t her idea of paradise, but hunky Drake makes her pulse pound. Is it too much to believe that Drake can save her from her torment? And what can she do about extinguishing that burning, haunted look in his eyes?

Jamison brought his fist down on the table. “You couldn’t have mentioned that you stormed into the Raiders club and took Delta?”

Drake stared at his vice prez. He liked Jamison—trusted him. Only Jamison knew how deep Drake had sunk after his tours of duty or how much alcohol he’d consumed. The few who knew about Drake’s leg thought he’d lost it in war, but the truth was, he’d lost it to idiocy.

Jamison was a fool if he believed they hadn’t used force to get Delta. “Did you think we’d just parley with the enemy and they’d gladly hand over their woman?”

Jamison raked his fingers through his hair, leaving tracks. His face was tense. “The MC rules are full disclosure. You fucking tell me everything that happens out there.” He pointed at the door and the world beyond. “I don’t care if it’s a drug run or you shoot up a club to get back Ever’s sister.”

“Then how the fuck did you take Delta by force?” Jamison looked at each of them, probably looking for split lips or knuckles, evidence of a fistfight.

Jamison met Drake’s gaze. He knew what Drake had done in the Marines. What he’d done for his country. He blew shit up, but he’d lost his leg from driving drunk.

“Okay.” Jamison’s eyelid twitched. “From now on, the club needs to know this shit. Got it?”

“Yeah.” Drake wasn’t concerned with the club at this moment. When the asshole Raiders’ prez had moved, Delta had folded up. An abused woman if Drake had ever seen one.

He clenched his teeth. “If this is club business, what the fuck are we going to do to get her back?”

Jamison rested his hands on the table. Strother might be president, but they’d all followed Jamison while Strother took care of his own shit. First he’d lost his son to drugs then his wife had gone crazy with grief.

“She wasn’t trying to escape the Raiders in the first place,” Jamison said.

“She has a right to return with them.”

Silent—until now. “Do you think for a minute they’ll let her come visit her sister?” He had opinions about how free Delta was to come and go anyway. Now they’d lock the fortress around her.

Jamison shook his head. “No, they won’t. But do we start another war?”

The Hell’s Sons had just battled the local charter of the Raiders in order to get Ever back. Just days ago some of their men had fallen. They’d barely gotten them buried, and now they were talking about another war.

Everyone stilled. In the other room, Ever’s sobs sounded, followed by Ace’s comforting tone. Jamison clenched his fists. They were all protective of Ever, and that had extended to Delta for the time she was here. Both women had something that reached into a man’s chest and tugged at his heart.