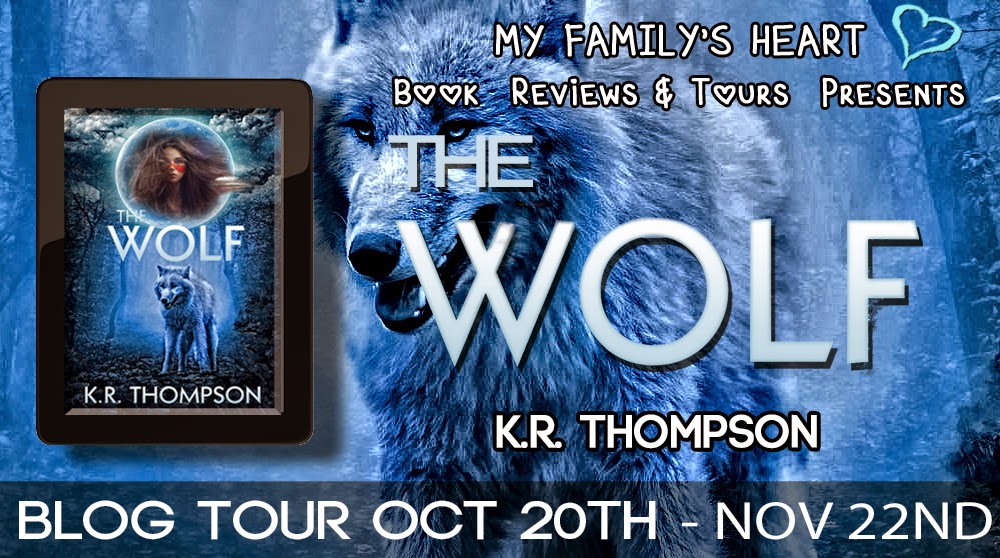 Hello and welcome to my blog. Thank you for taking a look at my stop on K.R. Thompson's The Wolf Blog Tour & Giveaway presented by My Family's Heart. 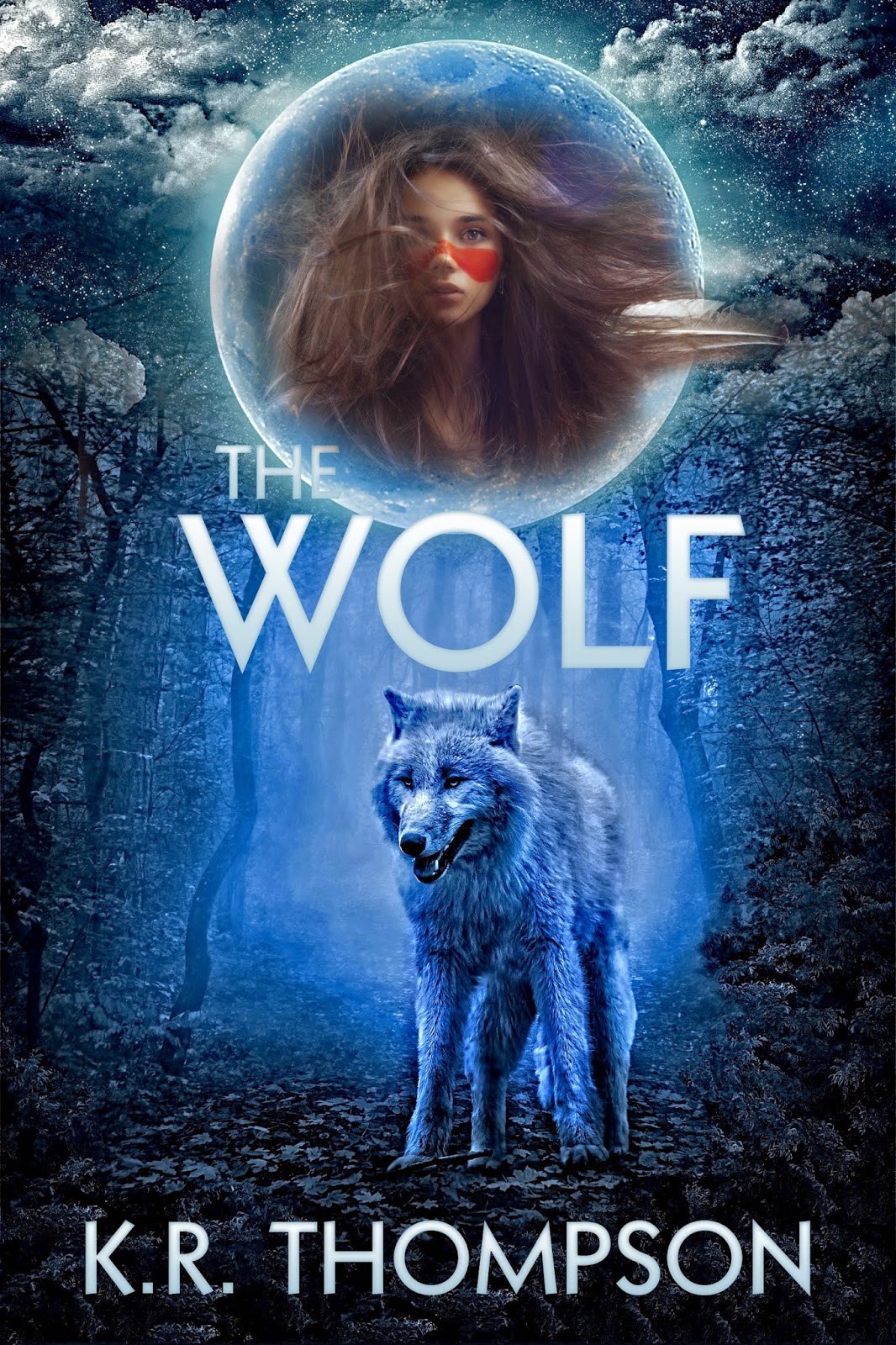 Blurb:
Their secret has been safe for hundreds of years, a legacy and legend that has been carefully kept by six guardians. They are known as the Keepers. But before the legend of the Keepers—came the Wolf.

Once upon a time, there lived a man whose fate would rest with two sisters. One will hold his heart. With her, he will find a love that will last forever, though it will come with a price.

From the other sister, he will learn discover that she holds the power to destroy all he holds dear. For as easily as one sister captures his heart, the other will trap his soul.

Buy Links:
Amazon US: The Wolf: The Prequel to the Keeper Saga

Excerpt:
One mountain stood off in the distance. Its peak was the highest. It grazed the heavens. It was the closest point that he could get to his love, now in the inky, deep black sky. It seemed it would be the perfect place to make his presence—and his demands—known.

The trip up the mountain took a great deal of the night, his strength had waned, but anger and determination pushed him up to the giant boulder, far above, jutting out into the night air.

The moon was beyond his reach—so close, yet, so far away. Swift Foot stood on the edge of the rock. A cool breeze greeted him, brushing softly against his cheek. He felt Shining Star had sent the breeze to touch him.

“I am here,” he told her softly, looking up into the sky. Then, he took a deep breath, and announced loudly to the Great Spirit, “I have come to speak to you.”

The breeze was replaced with a sudden burst of warm air, an acknowledgement of sorts.

He took a step forward, feeling the balls of his feet touch the edge of the rock. He was close now.

“You will put me there with her or I will die!” The raw emotion caused his voice to crack, but he knew the Great Spirit heard his demand.

A lightning bolt cracked from a cloudless sky in front of him, striking the ground below. No whispering voices came to his mind or thundering ones either. It seemed the Great Spirit wasn’t in the mood for negotiations. It wasn’t the response Swift Foot had wished to hear or see. Still, he stood on the rock, while his love watched him from her place in the heavens.

That was just as well, Swift Foot decided. He would be with her soon, with or without any help. He would never spend a day without her.

Another lightning strike lit up the sky as he lifted his arms out, and fell…

Author Bio:
K.R. Thompson was raised in the Appalachian Mountains. She resides in southwestern Virginia with her husband, son, three cats and an undeterminable amount of chickens.
An avid reader and firm believer in the magic of nature, she spends her nights either reading an adventure or writing one.
She still watches for evidence of Bigfoot in the mud of Wolf Creek.