Thank you for taking a look at my post on Amy Lee Burgess' Blood Gate Page Turner Tour & Giveaway presented by Buy The Book Tours. 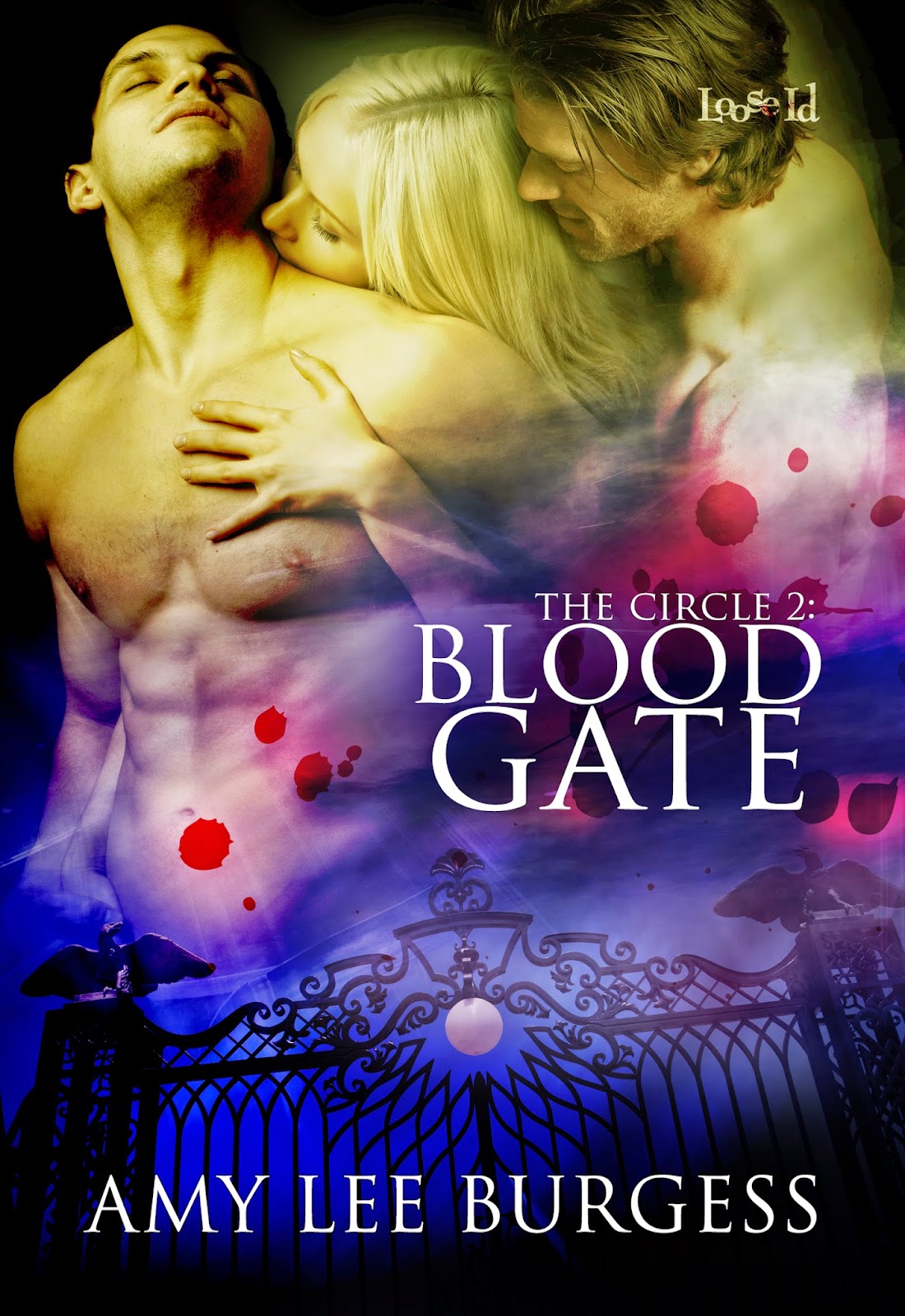 Blurb:
Vampire Claire finds herself caught in the middle between her Master, Parker, and her Trigger, Andre. Little love is lost between the former friends, but somehow Claire must build a bridge between them when they are sent to Edgewood to settle their differences. The cost of her failure will be deadly.

Deep in the cellars of Edgewood, a game of sexual bondage unleashes unexpected dangers, twisting open, loving Andre into a secretive virtuoso of manipulation. Is this just another part of the game, or is he losing his mind? Parker will take desperate steps to protect his apprentice, but he won’t be dragged into the game with them.

Can Parker set aside forty years of bitter rivalry, or will he sacrifice Andre to save Claire?


Praise for The Circle 2: Blood Gate

5 of 5 Stars! Surpassed My Expectations! An intense, riveting, hot, sexy read, Amy Burgess has become my favorite author in this genre. Her characters draw you in from the first chapter to the last. The unexpected and shocking twist partway through had me yelling out loud in disbelief! MORE, MORE, please! Raven Wolfsong

Excerpt:
The hairs on the back of my neck prickled when Parker moved close behind me. He wrapped his arms around my waist and held me against his body, but I mistrusted the gesture. No matter how wistful his thoughts outside my flat might have been, Parker was a cold-hearted manipulator.

“As rooms go, I’ve seen bigger prison cells,” he remarked. “It doesn’t matter. You can have some space in my wardrobe. You wear the same pair of jeans for a week anyway. It’s not like you need a lot of storage space.”

“With a couple coats of paint and a new bedspread, this could be nice.” I couldn’t keep the dubiousness from my voice, and he chuckled in my ear.

“It sucks and we both know it. You won’t be sleeping here anyway, will you?”

He rocked me, the movement oddly soothing. The scent of his cologne was so familiar, but everything else was different. Including me. Especially me.

“You don’t have to,” he said after a moment. “Sleep with me, that is. You should spend your nights with that bastard Trigger of yours.”

“What is the point of me being your apprentice if I spend my nights with Andre?” I knew I ought to pull away from him, but I didn’t. Instead, I pressed against him, grinding my ass against his cock. His response was immediate, and he slid his hands up to cup my breasts.

“Trying to seduce your way out of talking to me?” He licked the flesh just below my earlobe, and I shivered. The twin points of his fangs scraped my skin but didn’t penetrate.

“Since when do you ever want to talk to me? Talk at me I’ll buy, but when have you ever been genuinely interested in anything I’d have to say?”

“True enough,” he agreed. The bastard. “But maybe we should change our dynamic. What do you think, sweetheart? Want to make this a different master/apprentice relationship this time around? Think you can handle it?”

“Oh, here it comes. The carrot you dangle in front of my dazzled eyes. You want me to eat your carrot, Parker? Really?”

“Eating my carrot is not what I had in mind, unless this a new euphemism for cock. Get on your knees for me, Claire. You always liked it there.” Parker let his arms fall to his side as he sucked my earlobe between his lips and nibbled. He knew that drove me crazy, damn him. 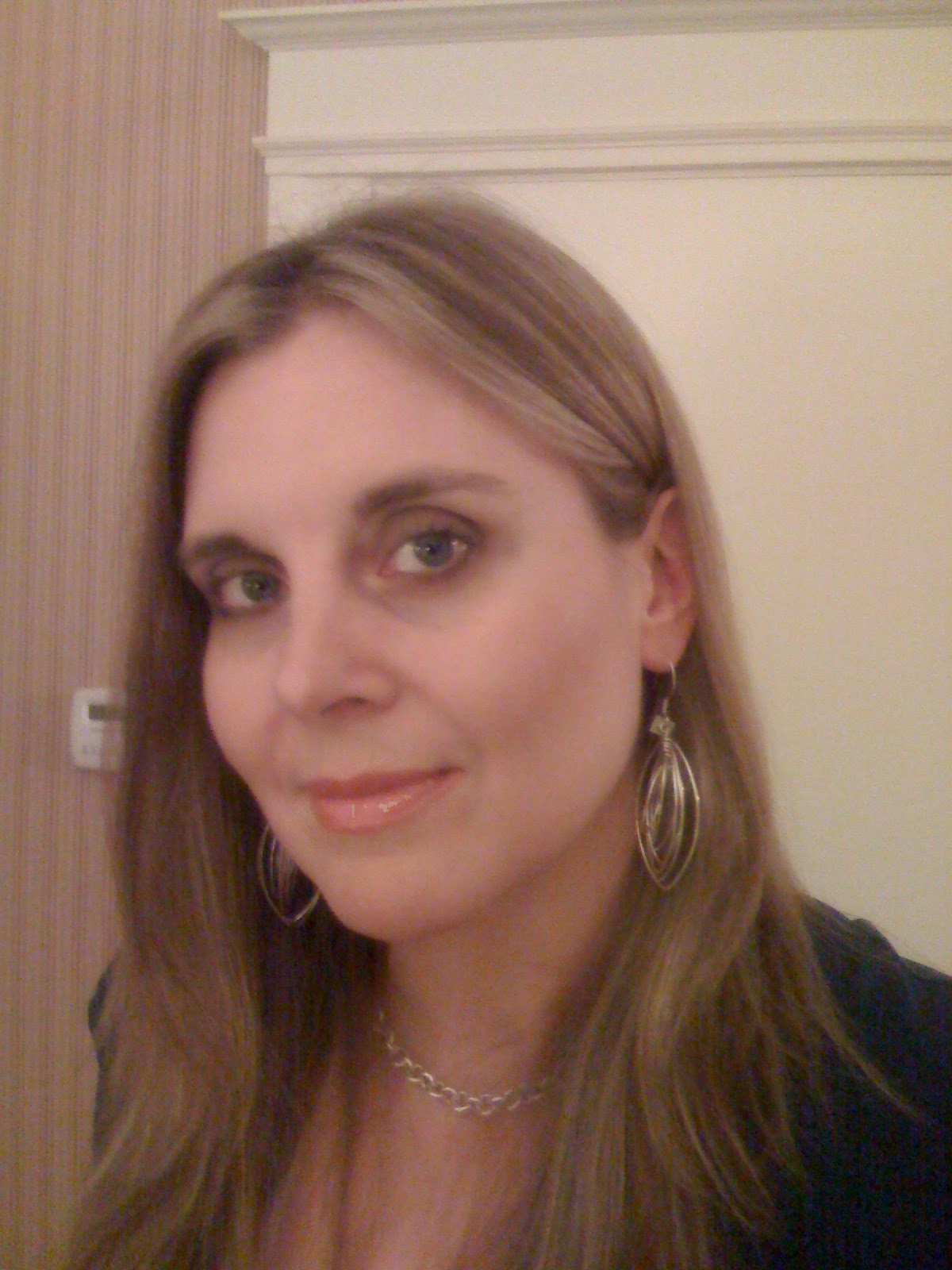 Amy Lee Burgess lives and writes in Houston, Texas but her heart belongs to New England – especially in the autumn. Ruled by two dachshunds and addicted to Irish breakfast tea and the Walking Dead, she loveshttps://www.facebook.com/AmyLBurgess to write about vampires, wolf shifters, gargoyles and other assorted paranormal creatures.

Amy loves to travel to places like London England, Edinburgh, Scotland, Paris France and Providence, Rhode Island where she stalks the coziest Irish pubs she can find. She writes to trance and house music by candlelight and welcomes email from her readers – especially if they want to talk about the supernatural.