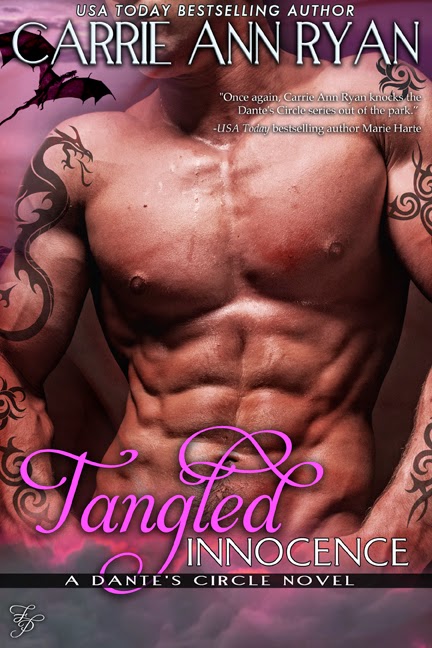 Thanks for stopping by my post on Carrie Ann Ryan's Tangled Innocence Blog Tour!

Blurb:
Humans aren’t as alone as they choose to believe. Every human possesses a trait of supernatural that lays dormant within their genetic make-up. Centuries of diluting and breeding have allowed humans to think they are alone and untouched by magic. But what happens when something changes?

As one of the seven lightning struck women, Nadie Morgan has known for a while now that her fate would be forever changed…and revolve around a certain dragon. From the first time Dante Bell saw Nadie, he knew she was the one for him. There’s just one problem–there’s another in his life he’s waiting on as well.

When Jace Goodwin, a bear shifter and Mediator, finally comes back to the human realm after years away under circumstances out of his control, his first stop is to Dante’s Circle where he not only finds his dragon, but the woman they both have been waiting for.

Once secrets are told and the sparks fly, Nadie’s new life becomes something she never thought possible. However there’s another realm at play and Jace and Nadie’s dragon will have to fight harder than he’s ever fought before to keep the life he’s waited eons for.

Warning: Contains one not-so-innocent human, a bear known for his bear-hugs, a tattooed and pierced dragon with a fiery temper, and a connection so explosive, you’ll be fanning yourself from page one. 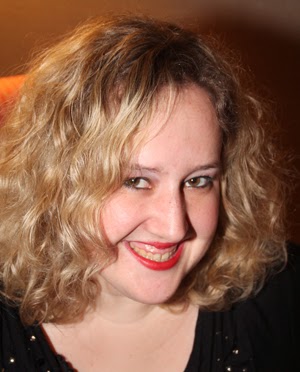 USA Today Bestselling Author Carrie Ann Ryan never thought she’d be a writer. Not really. No, she loved math and science and even went on to graduate school in chemistry. Yes, she read as a kid and devoured teen fiction and Harry Potter, but it wasn’t until someone handed her a romance book in her late teens that she realized that there was something out there just for her. When another author suggested she use the voices in her head for good and not evil, The Redwood Pack and all her other stories were born.

Carrie Ann is a bestselling author of over twenty novels and novellas and has so much more on her mind (and on her spreadsheets *grins*) that she isn’t planning on giving up her dream anytime soon.

Carrie Ann loves hearing from readers. Visit the links to the left to contact her.

Sunday April 20
Read More Romance
For the Love of Bookends

Monday April 21
sofia loves books
For Whom The Books Toll

Tuesday April 22
In The Pages of a Good Book