Welcome to my stop on Erin McCarthy's You Make Me Book Blitz presented by Xpresso Book Tours. 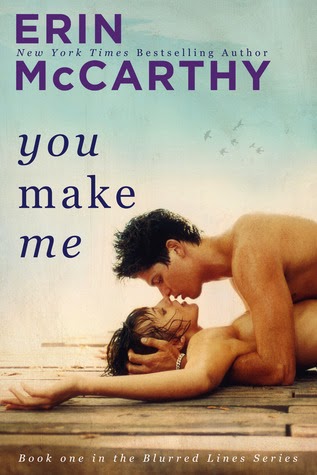 Blurb:
The guy she wants…

Growing up on the coast of Maine with a revolving door of foster siblings, Caitlyn Michaud spent one intense and passionate year falling in love with her foster brother, Heath. Then he left without a word. The betrayal devastated Caitlyn and made her vow to forget the compelling bad boy. But forgetting his sensual touch and their deep all-consuming friendship is easier said than done.

Isn’t the guy she needs…

Determined to move on, in college Caitlyn has risen above her small town impoverished roots and has joined a sorority, reinvented her appearance, and landed the right boyfriend. Pre-law major and frat president, Ethan, is thoughtful and always laughing, and he makes her feel happy, calm. He also gives her the social acceptance she craves.

But the perfect world she tried so hard to attain is ripped apart when Heath appears one night out of nowhere. Caitlyn remembers all the reasons why she loves him, even if they don’t make sense to anyone but her. Out of the military, Heath is as brooding and intense as ever, and he is determined not only to win her back, but to exact revenge on everyone who kept him from her…

And when one love allows her to breathe, but the other feels as essential to her life as air, how does she choose between them? 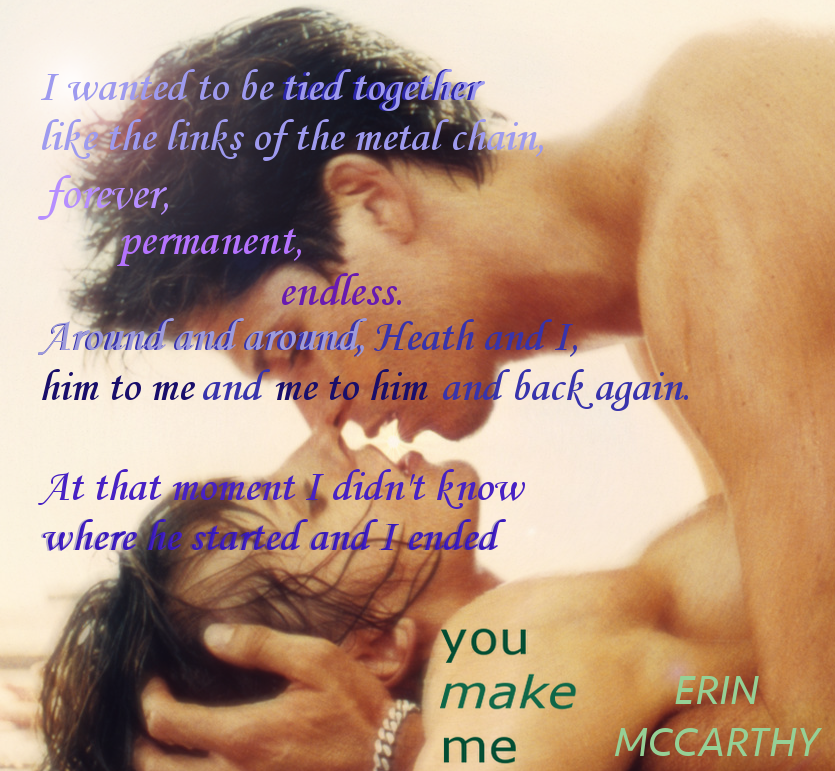 Did you have sex with him?” Ethan asked, catching me off guard.
He had never asked me details about my past boyfriends.  He’d known I was almost a virgin, had known I needed him to go slow.  But he had never asked who the one guy was and I had appreciated that.
That he just asked now, so boldly, in the hallway, unnerved me.  “What?”  I knew I should tell the truth.  But I was afraid.  Afraid that Ethan would see what Heath had meant to me.  So before I could think about the consequences, I lied.  “No.  Of course not.”
He knew I was lying.  I could see it in his eyes.  But he didn’t call me out on it.
Instead, that night when we got back to his apartment a few streets from the fraternity house, Ethan fucked me.  He’d never done that.  Not the way he did that night.  He had always been tender, thoughtful, gentle with me, pausing to ask if I was okay, spending the majority of his time on pleasing me.  Coaxing me open and wet with kisses, hand strokes, his tongue between my thighs, before he entered me.  He’d never been rough.
But as soon as we got in the apartment, he pushed me against the wall and kissed me hard, hand yanking up the skirt of my dress.  His fingers were frantic stroking over me, in me, his tongue plunging deep into my mouth.  I wanted to tell him to slow it down, let me catch up, but I couldn’t because I knew why he was doing it.  He was staking a claim, putting his stamp on me.  Reminding himself that he had me, and Heath didn’t.
I couldn’t deny him that, not when I knew what he must have seen on my face, not when the very night Ethan had asked me to marry him, I had been distracted and emotional over someone he had never even heard me talk about.  If our roles had been reversed, I would need reassurance too, if some random chick showed up out of nowhere, and I wanted to give him that.
So when he pulled the zipper down my back and shoved my dress to the floor, I let him.  I let him peel off my bra and suck my nipples with uncharacteristic roughness, surprised that my body did respond.  It was different, yet I liked it.  It was the distraction I needed and I gripped Ethan’s head, my own falling back as I moaned.  I loved Ethan.  His ring was on my hand, invisible in the dark, but foreign on my finger, so that I was very aware of it.
His touch trailed down my stomach and bending down, he pulled my panties to the side so he could shatter me with his tongue.  I held onto his shoulders and gave him the moans he wanted, my verbal commitment in oral sex form.  “Yes, Ethan, yes.”
As soon as I came, he stood up, unzipping his pants and lifting his erection out.  I fought for breath as he lightly smacked my thigh.  “Wrap your leg around me,” he said urgently.
I obeyed and then my back hit the wall hard as he pushed into me.  All the air left my lungs before I sucked in another breath, holding onto his shoulders for balance.
“I love you,” he said, panting, his forehead pressing against mine.
But all I could think was that for the first time ever he hadn’t used a condom.
And his head was hard, his air stealing mine.  I felt pressed, smothered.  Turning my head to steal a fresh breath I whispered, “I love you, too.”  Then after another thrust, felt compelled to remind him, “You have to pull out.  Ethan.  Please.”
Because he was Ethan, he did.  He gave a groan of frustration but he pulled back, raking his hands through his hair.  “Oh, my God, you felt so good.  God.  Caitlyn.  Are you sure I can’t…”
The thought of getting pregnant had me shaking my head rapidly.  “I’m sorry… no, we can’t…”
“Shit.  I know.  I know.”  He helped me step out of the circle of my dress on the floor and he took me to the bed, his shoulders rising and falling rapidly with the urgency of his breathing.  “I’m sorry.”
Once in his room, he was careful Ethan again, undressing himself and worshipfully taking off my bra and panties.
He was quieter, more subdued, in control again.
When he pulled me onto his chest afterwards, for the first time ever I felt there was a gap between us.
And I was afraid I knew exactly who had created it. 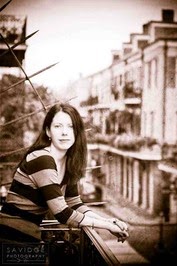 USA Today and New York Times Bestselling author Erin McCarthy sold her first book in 2002 and has since written almost fifty novels and novellas in teen fiction, new adult, and adult romance. Erin has a special weakness for New Orleans, tattoos, high-heeled boots, beaches and martinis. She lives in Ohio with her family, two grumpy cats and a socially awkward dog.