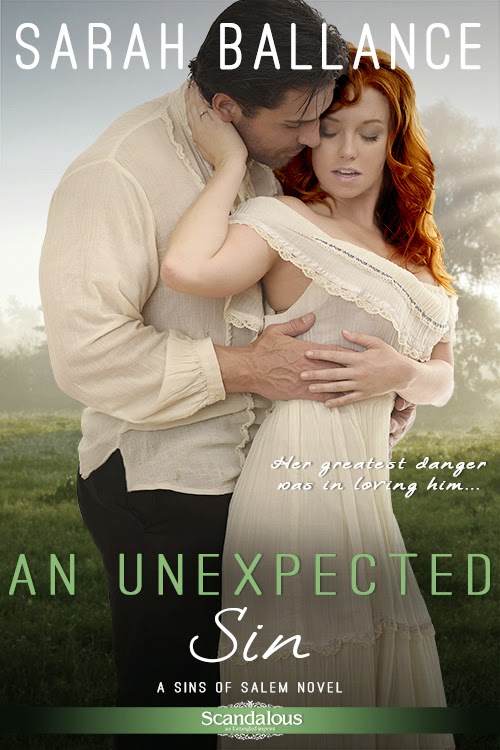 Welcome to my stop on Sarah Ballance's An Unexpected Sin Blog Tour & Giveaway! Sarah is here talking a little bit about the series.


Why Salem?
I’ll be the first to admit a book set during the Salem witch trials doesn’t exactly scream romance. For that matter, the setting doesn’t even whimper romance—at least not at first glance. I mean, there were hangings and rotting jail cells and constant fear—not just of the evil that supposedly lurked among the people of Salem, but of being accused of so-called affliction and being sent to die. This fear was tangible. It lived and breathed among these people as if it were one of their own, and I admit my initial draw to Salem had a whole lot to do with its dark history.

But then came the challenge.

This wasn’t just a terrible period that tends to get a lot of play on the History Channel each October. It was a time in which people (or the lucky ones who survived) lived. They loved, they lost, they feared, and they had stories. Looking back, it was a relatively brief, terrifying period, but for those who lived it, it was so much more. Not just death, but life. And through the pages of my Sins of Salem series, I hope to connect you to what’s largely been left out of the history books.

For more on the Sins of Salem series, please click here.   http://sarahballance.wordpress.com/my-novels/by-series/sins-of-salem/

The moment the stranger's dark eyes meet hers, Anne Scudder's world is immediately overthrown by chaos. That single flare of desire is immediate, driving away all notions of propriety. Instead, Anne is consumed with sinful thoughts - ones that no unmarried girl should ever have for a man who isn't her husband...

But Josiah Cromwell is no stranger.

It's been six years since Josiah stole kisses from Anne, his best friend's younger sister. Six years since Josiah left after his best friend's death, burdened by the knowledge that he was responsible for destroying Anne's family. Now he's returned to claim the woman he can't live without. But even as their desire threatens to consume them both - body and soul - the dark workings of suspicion and witchcraft are afoot.

Because in Salem, too much passion can lead a woman to ruin... and condemned to death.

Find it @:
Amazon US: An Unexpected Sin (Entangled Scandalous)

EXCERPT:
She raked his hair. Clutched desperately at his back. Found it was she who moved against him, for he had eased his grip in favor of taking fierce hold of her breasts. In the dark and through her clothes, he put his mouth over first one, then the other. Desire toppled her sensibilities until she was left arching her back, every part of her begging to be closer. Begging for the kind of fulfillment she knew in her heart only he could deliver.

Begging until he broke free.

Breathing heavily, he bathed her in the lopsided, boyish grin she had long adored. “Your father will see me to the gallows for this,” he said in his low, husky voice.

Though the logic of his words found her, she wanted not for sensibilities. She wanted Josiah. “My father sleeps upstairs.”

Josiah took a deep breath. “It is not often I wish to be a lesser man,” he said, “but a lesser man has a certain advantage when a beautiful woman comes to him in the dark of the night.”

A beautiful woman. Anne had never imagined such a description could belong to her. “You could never be a lesser man.”

“Rest assured, if you return to my room in the dark of the night, I will be nothing more.”

Though his tone was light, she did not miss its undercurrent. His serious nature made his words all the more thrilling, for they left little doubt as to what he wanted—or how badly he wanted it. She could not keep the smile from her voice as she asked, “Are you saying I need only walk from the room for a minute’s time to make a lesser man of you?”

“I would like to think myself more honorable, but I make no promises in my current state.”

“Perhaps we should test that supposition.”

He grinned and leaned in, kissing her softly. “As much as I ache to know every inch of you,” he said, “it is not my desire to make off with your honor like a thief in the night.”

She splayed her fingers across his warm, bare chest and took a deep breath of courage. “You have long stolen my heart. My honor will not be far behind.”

Read the entire first chapter for FREE at Entangled Publishing. (No registration or cartwheels required.)  http://www.entangledpublishing.com/an-unexpected-sin/ 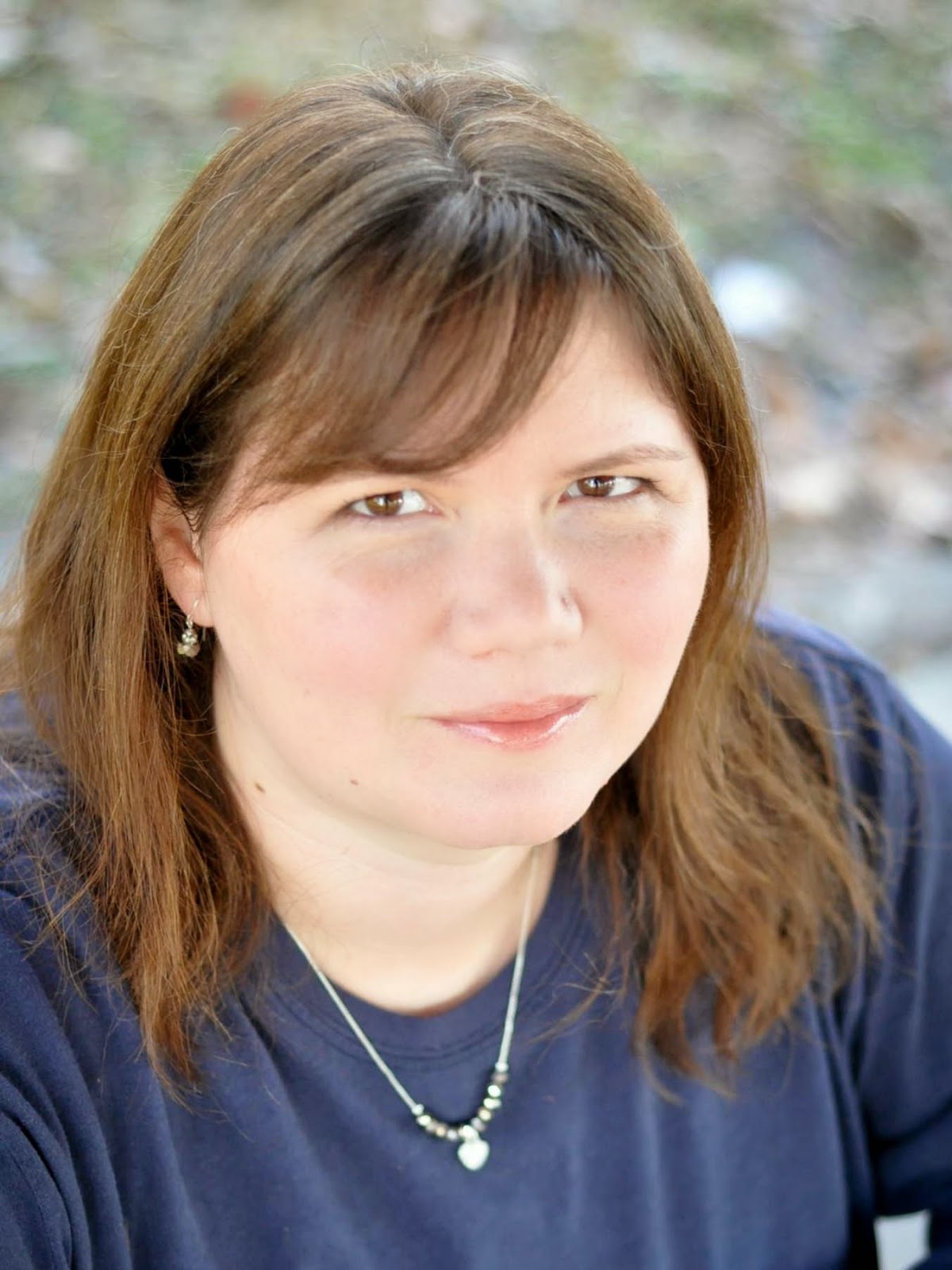 Sarah Ballance is a multi-published author of contemporary, historical, and supernatural romance and romantic suspense. She's been married to her own romantic hero for what he calls a "long, long time" (and no, he'll never hear the end of saying that). Together they have six children ... and clearly too much time on their hands. She currently writes for Entangled and has upcoming releases from both Entangled and Samhain Publishing.

The Giveaway:
To enter the $50 giveaway please click here.