Welcome everyone to my stop on Buy The Book Tours Patricia Rosemoor Animal Instincts Author Spotlight and Giveaway. Thanks for stopping by today, Patricia and sharing your post.


It’s All About the Animals: Coyotes

Coyotes play an important roll in ANIMAL INSTINCTS. When my heroine Skye Cross goes to what she thinks is a dog fight with Animal Control, she is startled at what she finds:

The vet was blocking my line of sight. I looked down beyond her. A wounded animal lay on the ground. Not a dog, but what looked like a scrawny coyote, its side open and soaked with blood. What was a wild animal doing here? Where had it come from? I went around the camera equipment and was able to sense its heartbeat. Wanting to know if it was aware, I tuned in to it and got the weirdest sensation… help me… please …almost as if I could hear what it was thinking rather than seeing images as I normally did.

When the coyote escapes the arena and she goes after him into the night, she meets the hero, Luc Lazare. And later, when they’re working together to try to stop the shifter fights, Hank—the coyote she tried to help—is key in returning the favor.

The coyote appears in Native American tales, usually as being savvy and clever. Coyotes have adapted to our changing landscape. They once lived in open prairies and deserts, but now roam forests and mountains and cities. My heroine wonders what a wild animals were doing in Chicago, but truthfully, we have coyote sightings all the time, including in my neighborhood which is in the heart of the north side. Very, very crowded with people.

There actually is a Chicago study on coyotes that started in 2000, when animals were trapped, collared and then released. Since the beginning of the study, the researchers have caught and tagged more than 200 coyotes. They estimate that there may be somewhere between several hundred and a couple thousand coyotes living in Chicago. Some of the animals live in city parks, while others live among apartment and commercial buildings and in industrial parks.

Coyotes help curb the Canada goose population by eating the eggs from the birds' nests. They also help curb the rat population. Coyotes don’t like to be seen, so they pose little threat to humans. The problem starts when people feed coyotes, or leave food out for other animals.

The holidays from Thanksgiving to the New Year is a time of giving, and I’m hoping that this year, those of you who can will support an animal shelter or sanctuary or zoo, whether it is by volunteering, buying gifts that help the organization or by donation. Here are a couple of places that I support:
PAWS Chicago, with it’s adoption center, spay and neuter clinic, and at the forefront of animal advocacy.
Lincoln Park Zoo, one of the last free zoos in the country.
Humane Society of the United States, the nation’s largest animal protection organization.

But, FIRST, tell us about your pet or an animal story that will make us smile.
Happy holidays! 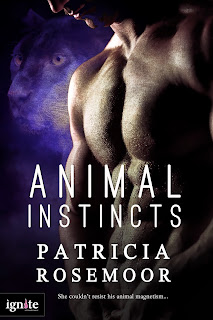 Blurb:
His powers disturb her—luring her to a dark encounter, but Skye Cross refuses to fall under his spell. Her animal rescue assignment involves saving canines. Except the animals engaging in this battle aren’t dogs, they’re wild predators, and Skye finds herself caught in a dangerous world she never knew existed while relying on a man she couldn’t possibly trust.

Luc Lazare doesn’t need more complications in his life. And Skye Cross, the intriguing woman able to communicate with animals, is the last thing he wants. Too bad his body disagrees. But he’s trying to save his shapeshifting family from being forced into the battle arena, and that means protecting the shifters responsible for stealing Skye’s brother’s soul. Even as she demands his help, he’ll have to resist the pull of temptation.


Excerpt:
Dark hair whipped around features so rugged they could have been cut from granite. High cheekbones. Broad forehead. Square chin. His eyes appeared silver in the moonlight, and they glowed at me, tightening my stomach and making it hard to breathe.

Trembling, I gasped, “What just happened?”

“You got into something that doesn’t concern you.” Forget about it.

I started. He hadn’t said the last bit out loud. There was something about him so powerful that I almost agreed.

I fought the desire to give in, saying, “I’m not forgetting about anything. Who are you?”

I felt as if he were trying to push the command into my mind.

Glaring at him, I pushed back.

“Someone who protects animals.”

His silence told me that wasn’t exactly the explanation he was looking for. My pulse threaded unevenly as he stepped closer. I sensed both threat and something less tangible, something that made my stomach knot and my throat tighten. I’d always had a psychic connection not only with animals, but with my brother. No one else. Not until now. And this guy being able to mess with my mind went beyond any previous experience I’d had.

“Did you have something to do with the fight?” I gasped. “Where did those predators come from? What kind of power do you have over them?” It had to be something supernatural.

He stepped closer, and I sucked in a breath as his power cut through me, speeding my pulse, drying my mouth.

“You need to forget about them, Skye.”

This time he said it aloud. And he used my name.

“How do you know who I am?” I demanded, my heart beating so fast I could feel it bump up against my ribs. “What were you doing here? Who are you?”

Rather than answering my questions, he reached out and slid a palm along my cheek. The touch seared me, reminding me of the time I’d inadvertently touched a live wire. Wanting to move, wanting to run, I stood frozen instead. He was so close, I imagined I could feel the heat of his body as he splayed fingers around the side of my head. My insides trembled and my breasts felt full and tight.

What was wrong with me? Why couldn’t I move? Or speak?

You never saw me. You’ll forget about me the moment I disappear.

Every fiber of my being longed to do what he wanted. But something in me, the thing that made me do what I do, was stronger.

“Disappear to where?” I demanded through a parched throat when I finally found my voice. “I have an excellent memory.”

Appearing frustrated that I’d been able to hear the silent command, he dropped his hand. “What are you?” he asked again. 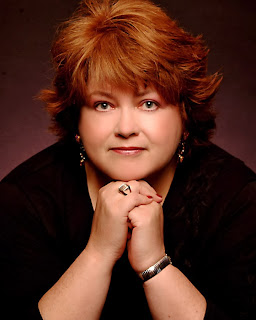 New York Times & USA Today bestselling author Patricia Rosemoor has written 95 published novels that have generated more than seven million sales for eight publishers. Her fascination with "dangerous love" has led her to bring a different mix of thrills and chills and romance to each book. ANIMAL INSTINCTS and CRIMSON DUET (2 related holiday novels at a discounted price) are now available at digital retailers.

The Giveaway:
$25 donation in the winner's name to support any animal shelter or animal sanctuary of the person's choice.
Plus a special animal holiday surprise for the winner!

Thursday, December 5, 2013
Loralee Lillibridge – Blogging Across the Back Fence {Spotlight}