Welcome to my stop on this exciting Sci-Fi with Sizzle Tour!!

Any vacation or appearance plans this year?

My husband and I have traveled all over the world-Europe, China, Thailand, Egypt, Turkey, the Caribbean-but haven't taken a trip in a while because we were occupied with moving half way across the US and building a house. We are talking about doing another big trip. I would like to take a European river cruise, and I still haven't been anywhere in South America, so those are two options. But I don't think it will happen this coming year (2014). I will be attending the Romantic Times Convention in New Orleans in May 2014. 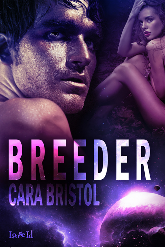 Blurb:
To secure his legacy, Commander Dak, a ruling Alpha of planet Parseon, purchases Omra, a breeder slave. He intends to impregnate her, produce a son, and hand her off to his anointed beta partner. As Dak and Omra discover a sexual bliss banned by law, he begins to question the traditions and ways of his people, causing him to jeopardize his command and endanger the life of the woman he has come to love.

Cynthia,
Any vacation or appearance plans this year?

I continue to be locked in the writing cave. I’m finishing the Tattooed Tryst series. Tawania, one of my reading buddies, has requested the rest of the stories and I want to make her happy. She’s been very good to me. I’ve written the second story (Raff’s sister is the heroine and Kane is the hero) and have started the third and final story (Raff will be the hero).
I love writing, it is part of who I am, and I don’t want to take vacations from it. Even when I travel somewhere, I tend to sneak in my writing. It makes me sane. 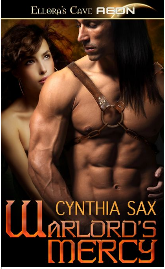 Blurb:
Tolui, a clone of a powerful Warlord, is a male without a homeland or a future. Doomed to never mate, he ruthlessly wages war, seeking to give his clone brothers a planet system to call their own, a place where they can live without persecution.

When Tolui crashes on a deserted planet and meets a small human
female, he discovers everything he knows about clones is a lie. Lea, his destined mate, frees the passion he’s suppressed over his lifetime. He
wants her. He needs her. He’ll do anything to bond with her.

But he won’t share her. Tolui’s greatest battle will be the fight for Lea’s heart. To win her love, he’ll face hundreds of his clone brothers, men who look exactly like him.

Bio:
Cynthia Sax lives in a world where demons aren’t all bad, angels aren’t all good, and magic happens every single day. Although her heroes may not always say, “I love you”, they will do anything for the women they love. They live passionately. They fight fiercely. They love the same women forever.

Cynthia has loved the same wonderful man forever. Her supportive hubby offers himself up to the joys and pains of research, while they travel the world together, meeting fascinating people and finding inspiration in exotic places such as Istanbul, Bali, and Chicago.

Any vacation or appearance plans this year?

I’ll be in New Orleans for RT this year. Woop! I’m excited because it’ll be my first time there. To RT, not to New Orleans, I’ve been about 4 times and I love it. I love walking down the streets and finding a new shop every time I go. I’ll also be at Ellora’s Cave Romanticon. How could I skip that? That’s the highlight of the year! As far as vacation, who knows? I like to go where the wind takes me and the funds allow. LOL 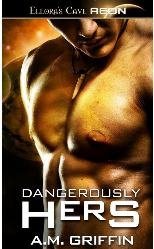 
Jess hates aliens. After the invasion that destroyed Earth, the extraterrestrial bastards sold her to a brothel as a sex slave. She may have escaped but the old memories and fears still linger in the dark corners of her mind. Supposedly Sonis is just the place for her—somewhere safe, where she can heal and start fresh. She’s almost hopeful…until she meets Rasha, her new boss.
Rasha, captain of the Sonis Royal Guard, is a warrior through and through. He’s huge, sinfully sexy and could have any woman on Sonis—but the woman he wants is Jess. He’s very much an alien and Jess knows she should hate him or at least be wary, but whenever he’s around, she loses control. She tells herself it’s only sex—amazing, mind-blowing sex like nothing else she’s ever experienced—but there’s something about Rasha that shakes her soul. The feel of his skin against hers, the look in his eyes as he touches her—they make her want to believe it’s possible to find love and begin again.

Bio:
A. M. Griffin is a wife who rarely cooks, mother of three, dog owner (and sometimes dog owned), a daughter, sister, aunt and friend. She's a hard worker whose two favorite outlets are reading and writing. She enjoys reading everything from mystery novels to historical romances and of course fantasy romance. She is a believer in the unbelievable, open to all possibilities from mermaids in our oceans and seas, angels in the skies and intelligent life forms in distant galaxies.

Lolita,
Any vacation or appearance plans this year?


In 2014, we'll be going to California to visit family and do that whole Disney thing. Conferences? I'll be at RT Booklovers in New Orleans in May 2014. I'll probably be at RWA Nationals in San Antonio in July 2014. I'm currently looking at conferences or reader events on both coasts. I'm open to recommendations! 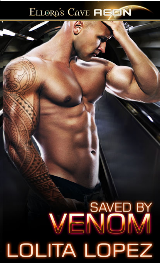 Blurb:
Grabbed, Book Three
To escape her father's debt to a loan shark, Dizzy seeks refuge in the upcoming Grab. She’d rather belong to one of those terrifying sky warriors from the battleship Valiant than to the sleazy criminal who wants her as his plaything.

The years of constant war haven’t been kind to highly decorated sniper Venom. Only the promise of earning a wife kept him going through deadly battles. Catching and collaring Dizzy fills him with incredible hope. Finally he has a woman of his own, a mate to love—and bind and adorn with his ropes.

After a brazen Splinter attack, the Shadow Force uncovers secrets about Dizzy’s late mother that entangle her in a web of deceit. To save Venom, her father and an operative named Terror, Dizzy digs deep and risks it all.
Venom refuses to stand idly by while Dizzy’s haunted past threatens the future they’re trying to build. He finally has a reason for living—and he’s not giving her up.


Bio:
I'm just your everyday dirty-book-writing mama. I live in Texas with my Viking throwback husband and a mischievous preschooler. You can find me online atwww.lolitalopez.com and on Facebook (goo.gl/UsNFM). My newsletter (eepurl.com/mlTcX) provides updates on new releases, free reads and other cool stuff.

I also write scorching hot romances with a dash of suspense and plenty of sexy tattooed bad boys as Roxie Rivera(www.roxierivera.com) including the bestselling Her Russian Protector series and the Fighting Connollys trilogy.