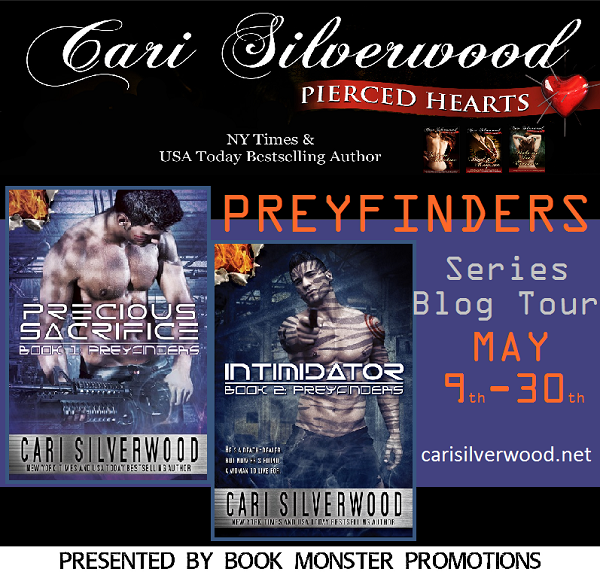 Welcome to my stop on Cari Silverwood's Preyfinders Series Blog Tour & Giveaway presented by Book Monster Promotions. Don't forget to follow along the tour and visit the other stops. 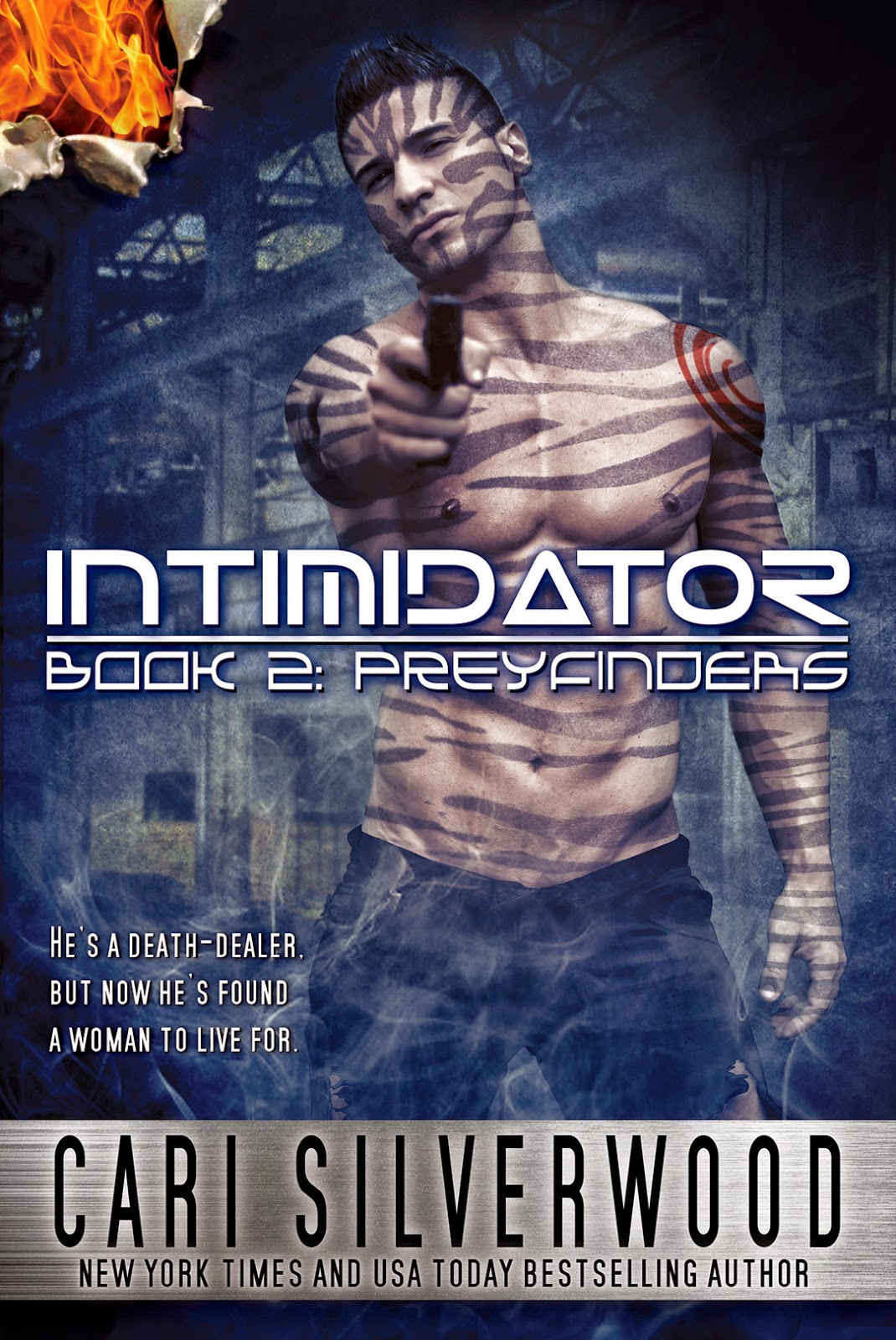 
BLURB:
Willow has her hands full scraping out a life in a grungy neighborhood where drugs and crime are the norm. Life is hard, but it’s about to get harder. Being transformed into a sexual pet for an alien warrior may be her only way out.

But Stom, the man she’s been awarded to as a battle honor, has no use for a female, not when his heart is still in a million pieces.

Though the need to be Stom’s mate is overwhelming her, mending his heart isn’t going to be enough. His enemies are searching, looking for the women who are more than they seem, and she’s in their hands before she discovers she’s more-than-human.

Sometimes it sucks to be a chosen one.

All the cravings of the past day or so resurrected in a small tsunami. Lust. In front of Willow, was a man who embodied that in every molten move, in every cell of his well-sculpted body.

“You. Mmm.” Stom lowered his head and scented her neck, lips pressing on her, here, there – kisses that stirred her more than they should, because they promised so much. Where else might he kiss? Drifts of air cooled her where his nose touched her skin, where he breathed on her.

“Bad. Definitely.” Then he licked her neck, slowly, in one helluva long caress with his tongue, like a predator tasting his mate, before he kissed her softly again.

She shivered. I don’t know this guy. Not really. Am I such a slut?

“You’re beautiful. And you smell so good I want to eat you all up, every time I’m near. Why the fuck is that?”

The tinge of menace made her go up on her toes.

Then he bit the side of her neck, hard.

She keened, threatened by, enraptured by, the savagery of his teeth sinking into her muscle. Helpless, she shut her eyes. She tried not to let her collapsing legs make her slide down the tree trunk and straight to the ground. She had no wish to look like a weak female unable to resist...cause if she did, it seemed like he might take her, here, now.

Fucked against a tree. God. What an idea.

Where he held her wrists onto the bark, she tugged again, but even with a hurt hand his grip was fierce.

What had she done? She’d thought Stom the sort of man who needed an invitation to get going. Seemed as if shooting him had done the trick. Next time she wanted a date, she’d put a bullet in him.

He put his mouth to her ear, nuzzling her there, while he explored her below – fondling her breast, her belly, and her hip, then tugging up her T-shirt. He took a handful of her breast like he owned it, and squeezed so much it hurt.

Something about being forced against the tree, about him making her stay there while he played with her body, sizzled through her like lightning through rain.

Releasing soon as a Solo novel, PRECIOUS SACRIFICE, Book 1 of the Preyfinders series can also be found in the previously released Kept anthology. 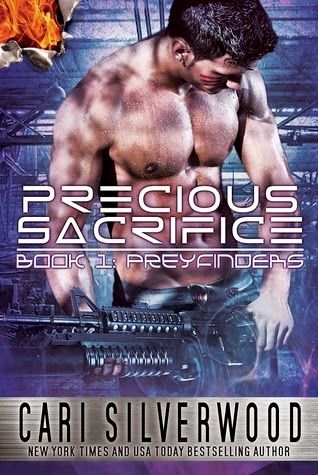 Blurb:
A Preyfinder is trained to withstand hardship and pain, but Jadd would rather kneel before a firestorm than leave his captive, Brittany, to be stalked and killed. The choice between love and loyalty to his soldier brothers may tear him in two.

And...in this real world, she has a lovely family in Australia, with the prerequisite teenager who dwells in the dark bedroom catacombs...a husband who raises eyebrows when he catches glimpses of what she writes, and a menagerie of other animals barking, meowing, and swimming about the place.

Tuesday May 13
Books And Their Seven Deadly Sins

Thursday May 15
Queen of the Night Reviews

Tuesday May 20
For Whom The Books Toll

Tuesday May 27
Words of Wisdom from The Scarf Princess

Wednesday May 28
Paranormal Romance and Beyond