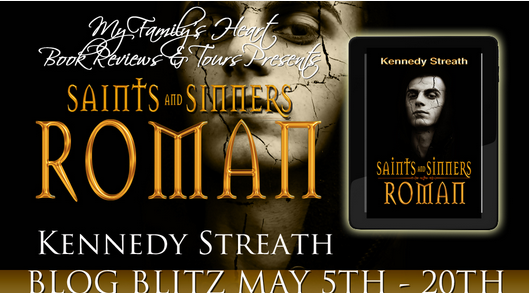 Welcome to my post on Kennedy Streath's Roman Book Blitz & Giveaway  presented by My Family's Heart Book Reviews & Tours. Make sure to fill out the rafflecopter form for your chance to win. 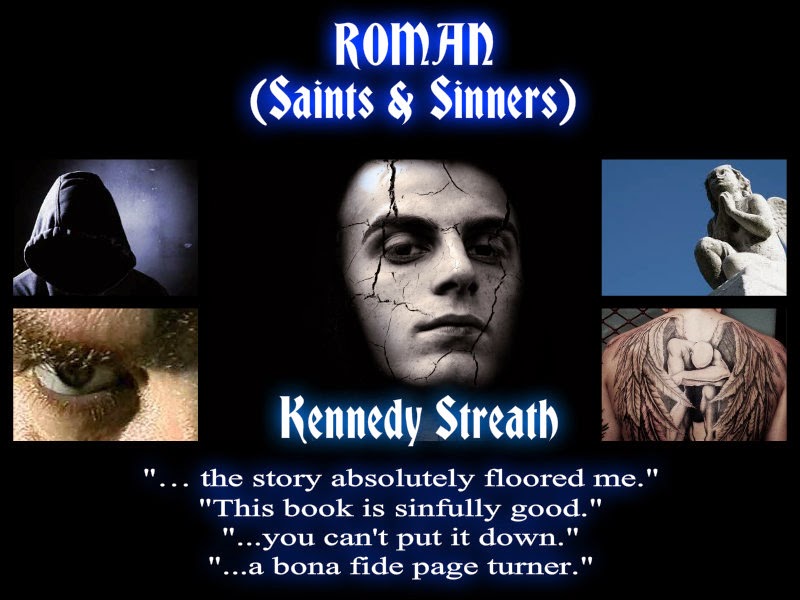 I asked Kennedy what are the top 10 things on your bucket list? Here is her answer:


10) Attend the Kentucky Derby
9) Visit the 5 states I’ve yet to see: CA, OR, WA, ID, MT
8) Have lunch with Harlan Coben
7) Attend the final four, women’s basketball/March Madness
6) Wear a kilt, the proper way
5) Spend a summer in the Wind River Mountains, WY
4) Have a book signing at DragonCon, or ComicCon
3) Learn Photoshop (I mean, how hard can it be, really?)
2) Return to Scotland, tour the coast, see Loch Ness, the Highlands
1) Visit all the wonderful people I’ve met via the internet

Thanks for taking the time to answer Kennedy. 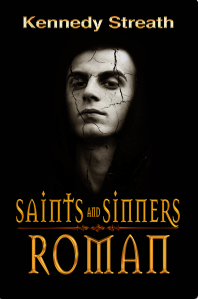 Benedict Nowak bailed on his marriage, taking his son with him but leaving behind his five year old daughter. He had his reasons. He had no idea they’d come back to haunt him.

TJ had come to terms with the mother she despised, making those small concessions that made life bearable. But her mother’s death changed everything.

Her brother, Anton, was the parent missing in TJ’s life, until he found a calling in violence, and left his sister at the mercy of shrinks and a mother with ice in her veins.

Roman Rincon was the juvie rescued by Father Marcus and placed in the care of Benedict Nowak. With his records sealed, no one knew what happened that fateful night when Roman was only fourteen. All Father Marcus knew was the boy had confessed to a crime not even the cops would talk about.

In the small coal mining town of Montville, two teens whose lives have been shattered beyond repair must find a way to cope … with school, with each other, with growing up marked as broken in a town dying under the weight of secrets and lies.

Warned off having anything to do with Roman, TJ is all too willing to agree, except for one little thing. The young man lives in the apartment above her father’s car repair business so avoiding him might be a problem.

As for Roman, he will take his secret to the grave, no matter what the cost.

Add Roman to your TBR list on Goodreads: http://goo.gl/e8me04 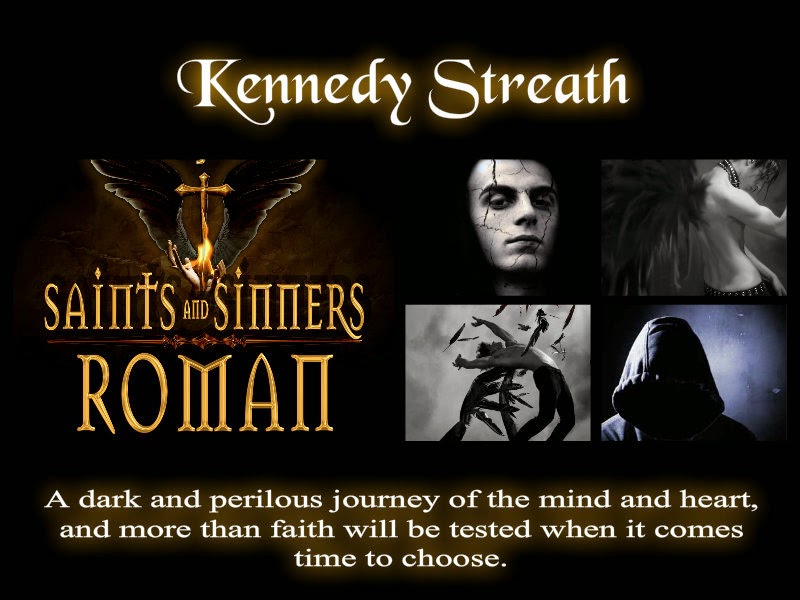 Kennedy Streath writes with gritty realism, exploring that intersect where the paranormal and the suspension of disbelief take a back seat to the power of the spirit and the raw edges of conflicted souls. He moves to the backbeat that’s a heartbeat, blending action, suspense and intensely sensual romance.
Kennedy lives in the country with horses to ground that spectre of disquiet that haunts us all and holds to a belief in the promise of the young and young at heart. 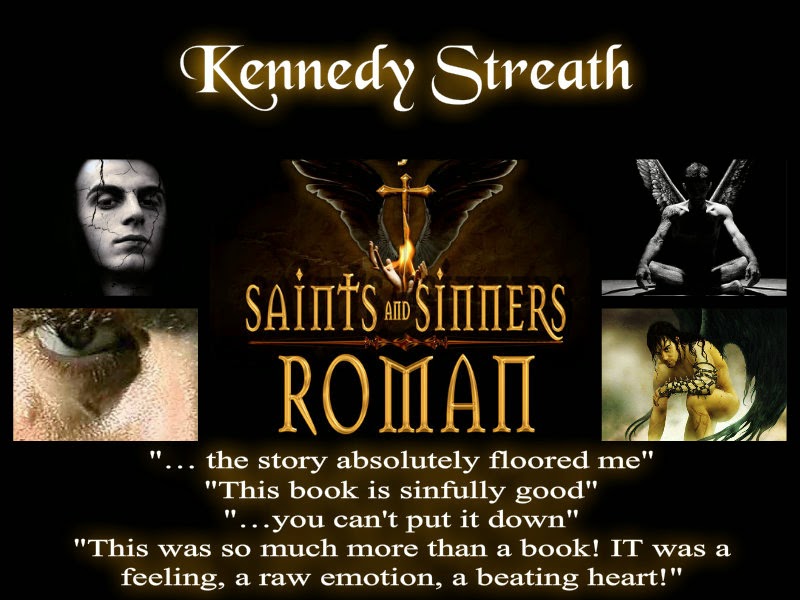