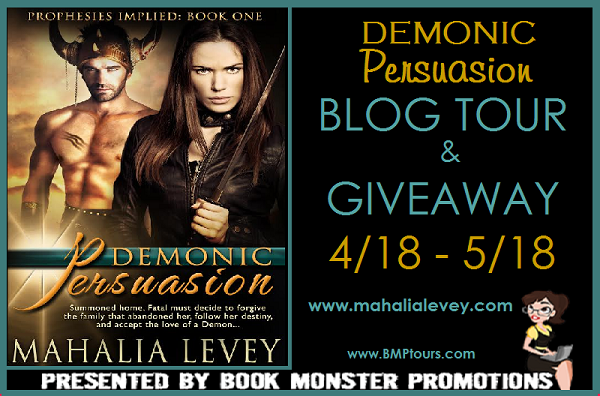 First let me say I’m honored to be a part of this charity. The story behind what led me to be a writer is long and convoluted. My love for books began when I was in second grade. My joy for writing about the same time. The very first story I wrote was about a pencil. The second was a sweet romance involving a king My Little Pony, a queen My Little Pony, and their ninety-nine baby ponies. I have the story somewhere. It’s about seven pages total, mainly from the names of all the baby ponies.

I don’t ever remember not having a book in my hand, even as young as three or four years of age. Reading was an integral part of my life. When I grew older, I began writing poetry along with reading the classics. I lived at the library or in the club house I’d built behind my house. I was a solitary child for a long time and comfortable with it. I didn’t understand society at that time or that both my mother’s sexual preference and religion was a integral part of why there were no play dates, no sleepovers. I was too wrapped up in reading to really care.

I excelled as I grew older in creative writing, and essays in school. My thirst for knowledge led me out of the romance genre to all genres. I fell in love with Mario Puzo and Frederick Douglas. I found a whole new world of culture. I found African American history and literature. There were no books about pretty brown skinned girls. I forgot writing for the moment and dug in and read. I read about my heritages, mobsters, serial killers. There were so many topics and books that the totality of it made my mind spin. Like my love for music, my love for the weaving of words exploded and I was hooked.

Along the way, I grew lost. I grew up and forgot the pleasure of getting lost in a book. I revisited after I left the military and had children. I found time for myself and for the first time in thirty years, realized an integral part of me was missing. To my family, I looked whole but inside I was dying to have something for myself. It may sound weird or odd even...but having something outside of being a mother, a fiancé, a sister isn’t so farfetched is it?

A great friend and editor challenged me to write a story. From that moment on my new career path began. My fiancé calls it a hobby. I know as do other authors that it’s a way of being and not just any ‘ole hobby. I submitted and when I was accepted…I jumped in jubilation! Me. An author. I had no idea how much hard work was entailed. Nor did I have a clue at rejection and the sadness that comes when someone doesn’t like your work. Not only did I find a new way of expressing myself but I found a part of me that I’d sequestered away for a long time. Writing opened up emotions about myself and my life’s journey that I hadn’t dealt with. It became more than just a passion to build crescendos that peaked and floated within the passages of my words, my voice was finally heard. I was still a newbie at this point so I took many online classes in this great community of paying it forward writers to build my craft and hone my work. If there was any advice I’d give, or anything that I wished I had done, it’d have to have been learning self-editing and revisions before attempting to publish. It can be done without but the road is rocky for new writers in the first place. A smoother transition instead of playing catch up with my peers would’ve made entering publishing a lot easier. Now I’m embarking on self publishing and enjoying the freedom of having more control over my work. 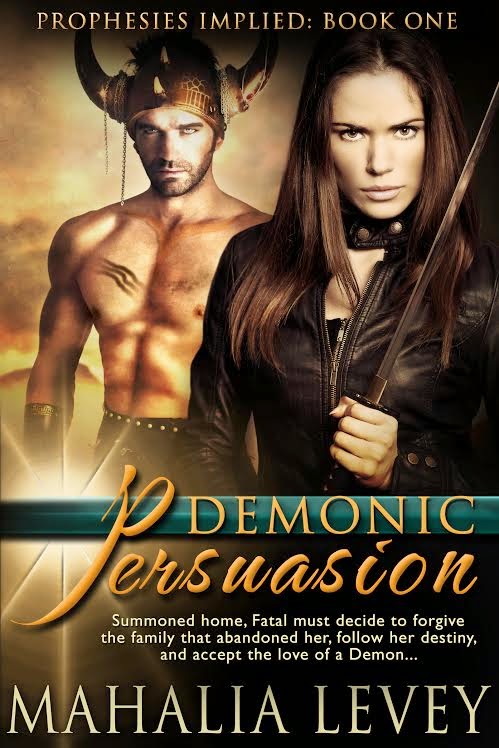 Blurb:
Born of a Navajo healer and a high-level prince of Hell, Fatal is forced to return to her mother’s tribe to study their healing arts, away from demon hands. But, with her tutelage comes cruel segregation and disrespect. When her life suddenly comes under demon attack, she’s cast away from the only home she knows. Exiled, Fatal sets out armed with her knowledge and fighting skills to annihilate any threat against her.

Oracle by birth, Prince Orobus rules as his Liege commands, until intel comes his way providing him with images of his mate’s participation at a seedy club, well known for it’s sexual domination fight pit. Incensed, he’s thrust in the fight of his life—to claim his woman. Come Hell or high water, he will take care of what is rightfully his, even if it means making her face both sides of her heritage and teaching her there is no shame.


Excerpt:
With a sense of ease, Fatal ambled down the darkened streets, gaining blatant glances as well as a few admiring stares.

“Hey sexy.” An unkempt male with brown crooked teeth and greasy hair grabbed his crotch and wiggled his tongue at her as she passed.

A shudder went through her as she steered clear of him. Once she’d hit puberty, the males she grew up with treated her different. In privacy, they’d single her out, pretending to want a friendship, only to say they fucked the freak, as if she couldn’t hear their hurtful words. The females her age acted far crueler than their counterparts. Bad omens had few friends, no dates or boyfriends. People in her hometown hadn’t hesitated to ask her for advice or to chant with them when it suited their needs. She lived in solitude, with the exception of occasional visits from her grandfather, Sani, and Taima, her mentor. Pushing her musings aside, she moved through an alleyway that broke off to the next major street.

The darkness encroached without as much as a whisper of sound. No telltale wind blowing discarded trash along the road, horns honking, or the zoom of cars passing by. Silence surrounded her, unsettling in such a night-busy town. She turned to head south when the flash of bright red color caught her eye. Intrigued, she meandered down a side street, arriving at a demonic-looking, gargoyle-protected granite structure. An eerie crimson-red sign hung above thick vault doors with the words “Demonic Persuasion” in black paint. She’d heard of the club. It catered to just about anyone’s needs.

Fatal stepped into the female line. An eon later, she reached the entrance of the club, flashing a smile at the doorman. When he didn’t move or speak, she shifted on her heels and pursed her lips.

Fatal dug in her boot, her gaze straying to the bunched biceps peaking out of his black T-shirt then roving over his cut physique. Her mouth watered, and her girly parts tingled. She played off his affect on her. Slapping the cash into his hand, she smiled. “Happy now?”

“I’ll be when you check your weapons, if it's even possible for you to have anything hidden underneath that getup.” His gaze swept over her black corset and micro-miniskirt, lingering a little too long on where she'd cinched up her cleavage.

“Oh, you’d be surprised what one can hide against near-naked skin. My name’s Ackchetta, most call me Fatal.” Smirking, she hiked up her skirt. Buried between her thighs were two small blades. Thin metal stars she'd concealed on her hipbones slid into her palms without effort. Annoyed, she dropped them in his outstretched hand. “There you go. I want them returned, though.”

“The one behind your back, too, sweet stuff.”

What, did he have X-ray vision? His droll expression did nothing to alleviate the naked discomfort without her weaponry. “Aren't you going to be polite and tell me your name?”

When he spun her around and tapped the slender weapon, her hackles rose.

“No one said you could touch.” Letting out a growl, she removed the extra-slim blade hidden under her corset top.

“My club, my rules. No fighting, no weapons, and no magic—if you know any.”

“I think I can behave myself for a few hours.”

He sent a dazzling smile her way then turned to a young woman. Dropping her weapons into an outstretched hand, he whispered into the sleek brunette woman’s ear.

“Follow Marzena. She’ll take you to the weaponry hold and issue you a ticket.”

“I still didn’t catch your name.”

Rude and hot. About to turn away, her breath hitched when the shimmering tattoos sprang to life on his skin. From head-to-toe, he stole her breath. Long black hair touched his shoulders. When he smiled, his blue eyes sparkled. Thick muscles bunched with every movement. Long legs and muscular thighs encased in black trousers brought a silent moan of want to her lips. She’d never ached like this. She stole a look at his goatee, wondering how it’d feel scraping across her face, his breath on her mouth before he kissed her with the same intensity he stared at her with. She’d sell her soul to have those lips on hers, to touch his once-broken, too-many-times-healed, nose.

While they were walking, Fatal glanced over her shoulder to continue drinking in the handsome man.

Marzena stopped at the station for weapons, secured them, and wrote out a ticket.

“Here.” She handed the paper to Fatal. “When you’re done eye-fucking my boss, I’ll show you around the club.” 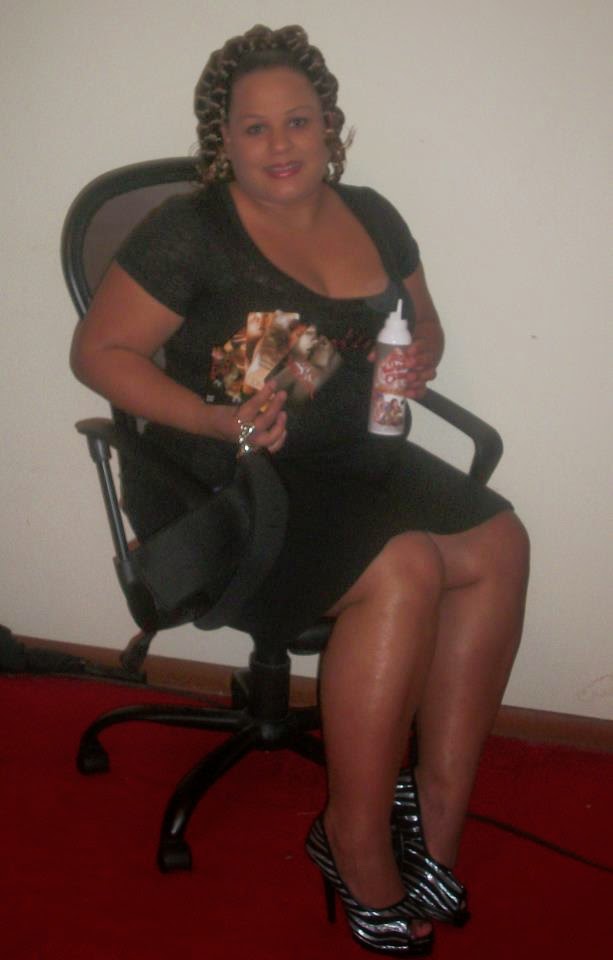 Being smart and sassy with a great sense of humor comes easily for Mahalia Levey. An avid reader of books, she found herself enchanted with disappearing completely into the worlds authors created. One day she vowed to herself she’d be one of them. Then family life came, and college right after. Swayed from her childhood course of action, it took many years for her to get back to that place she held dear as a child. Now she is running full steam ahead to keep up with the many ideas flowing freely. She plans on taking her work to higher levels and expanding her genres. Her main focus is giving her readers variety. Her works in progress include paranormal, fantasy and mainstream romance. Taking characters and watching them grow past what she’s imagined is her true passion.

Saturday April 26
Rage, Sex and Teddy Bears
Sunday April 27
In The Pages of a Good Book

Wednesdy April 30
Paranormal Romance and Beyond

Friday May 2
Demons do it Better

Sunday May 4
Dark Side of Romance

Tuesday May 6
For Whom The Books Toll

Sunday May 11
For the Love of Bookends

Wednesday May 14
I Smell Sheep