Welcome to For Whom The Books Toll. Today is my stop on this wonderful tour. So, please stay a while and make yourselves comfortable and enjoy the excerpt.

Why did I write Touch Of The Wolf? There are a lot of reasons but location is at the core of it. Setting is as vital to me as characterization and plot. Once a setting emotionally speaks to me, I won’t/can’t rest until I’ve immersed myself in the land.

Touch Of The Wolf is set in Washington State’s Olympic National Forest, one of the most pristine ecosystems in the United States. It’s the country’s largest and best example of a virgin temperate rain forest, home to the largest herd of Roosevelt elk.

But Olympic is more than a delight for biologists, hikers, and photographers. From the first moment I walked into the forest I knew I’d entered a magical place. Cell phones don’t work here, there are no roads into the interior, and past and present become one. Surrounded by massive Sitka spruce and western hemlock with lush ferns, mosses, and likens all around, I was transported back hundreds, even thousands of years. This is where the Pacific Northwest Native Americans not just lived but flourished. The rivers were (and still are) home to salmon, a rich food source the natives considered sacred.

Hiking alone, I gave myself over to the country’s mystical quality. A constant drizzle sang to me and I began to believe the spirits of ancient Natives were watching me wondering if I was capable of understanding why they considered Olympic a gift from their spirits. As a modern woman, I can never completely comprehend their ties to their spirits, but I could and did create a modern man whose roots sink deep into the loamy earth. I coupled him with a woman who knows nothing about her past but senses that the truth lies in this sacred setting.

Winter Barstow, so named because as a child she was abandoned in Barstow California in winter, comes to Olympia looking for the university anthropologist who gave her life purpose and sent her an authentic Native American ceremonial wolf mask. The mask speaks to her as nothing ever has, but she doesn’t dare show it to the Native American park ranger with compelling black eyes—a man who awakens the woman in her.

A man determined to keep an ancient truth from her even as he fears for her life.

I see Touch of the Wolf as more than a paranormal romantic suspense. Winter is a woman determined to solve a murder while looking for a sense of belonging and a man struggling to bridge his heritage and the modern world. 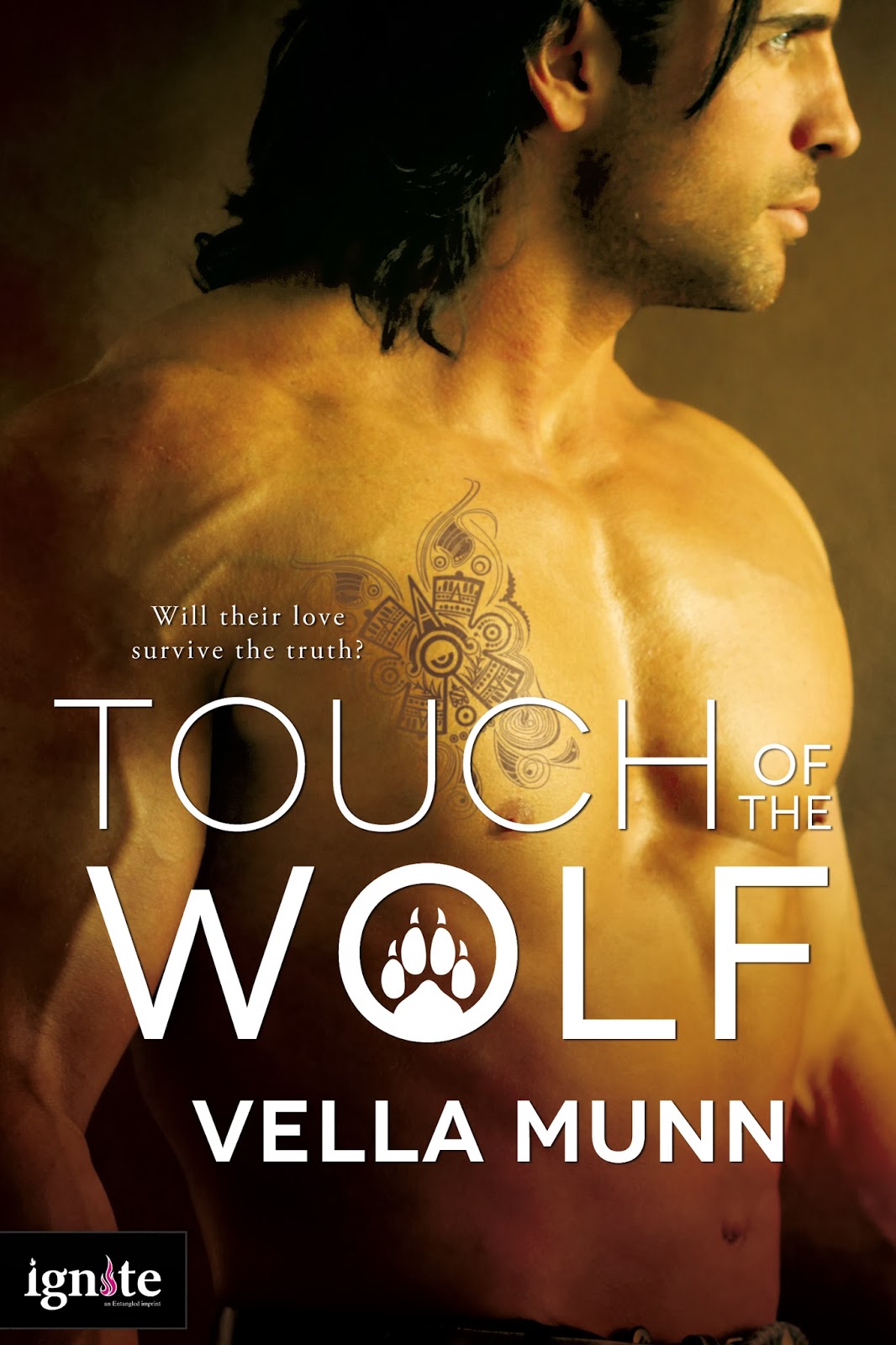 Abandoned as a child, Winter Barstow is a woman without a family history and with few clues to lead her in the right direction. When a stolen artifact from the Olympic National Forest arrives at her door, Winter travels to the remote outpost in Washington in search of who sent it to her and why.  Instead of answers, she finds the handsome, yet moody Forest Ranger Jay Raven hiding from his heritage.

Jay’s attraction to Winter is instantaneous, and powerful.  To admit it, however, means Jay must recognize a culture he’s left behind—something he’s not willing to do.  But when Winter discovers the body of her college mentor, her life is in danger and only the call of the wolf can lead Jay to her side and back to his Native American ways.

And a love strong enough to offer both.

As Winter continues her search for the thieves, she becomes a target for killers. Now Winter and Jay must embrace their heritage and the spirit of the wolf to save Winter’s life, as well as the love that has brought them home.

Excerpt:
“Peace and renewal. That is what Cha’lak’at’sit has always meant to the Chalat. The river was a gift from K’wati, who intended it to provide for our people. Whatever we decide now must be done with traditional Hoh belief in mind.”

Jay Raven rubbed his aching right shoulder, doing his best to pay attention to his uncle. At thirty, Jay was in the best shape of his life, but that didn’t mean he was Superman. “I knew he’d say that,” he whispered to his brother, who stood next to him on the banks of the Cha’lak’at’sit—or as the non-Natives called it, the Hoh River—near where it fed into the Pacifi c Ocean in Western Washington. “Our uncle and the rest of the elders will always see everything in the context of the past.”

Floyd jerked his head at the cedar canoe they’d pulled onto the gravel shore after bringing their uncle to where the Narrow Roaring Creek stretch began. “They’re going to be at this for hours. At least we’ll be moving with the river’s flow when we head back.”

“Fighting the current about did me in. Thanks for the help.”

“No sweat, bro. I knew you couldn’t get Uncle here on your own. I wish he’d sit down.”

So did Jay, but Uncle Talio was doing what he believed he’d been born to do.

“Seeing so many of the Chalat here today fills me with gratitude.” Uncle Talio turned in a semicircle, connecting with the over one hundred Hoh Native Americans who’d come for the meeting. “This shows that the decision we’ve been asked to make means a great deal to you.” He shifted position, leaning more of his weight on his cane. “Before I read the request from Dr. Anthony Gilsdorf, I’ll try to make sure everyone understands the ramifications should we decide to have anything to do with the anthropologist.”

It had rained last night, and judging by the sodden clouds, Jay figured another downpour wasn’t far off. He’d grown up in and around Olympic National Forest. He didn’t quite have webbed feet, but as he’d told the woman he’d naively thought he’d spend his life with, one reason he’d left the Northwest rain forest was so he wouldn’t grow gills.

Leaving hadn’t lasted long, but he’d changed during those years while the forest remained the same. A thousand years after his death, this wet realm would endure. Ancient moss-studded Sitka spruce and western hemlock would still rise above mats of vine maples and fern. Maybe he should stop distancing himself from his heritage and let it absorb him as it had his uncle and other members of the small tribe.

“Until whites ventured inland from the ocean,” Uncle Talio continued, “the river and the land around it was home to us and the other tribes. But even then our ancient way of life had been threatened by the newcomers’ diseases. Now what remains of the Chalat live near the mouth of the river we love, even as it slowly steals what little land we still have.”

“Did he have to bring this up?” Floyd muttered. “That anthropologist’s request has nothing to do with erosion.”

Jay smelled booze on Floyd’s breath, but Floyd wasn’t drunk. As many times as he’d tried to get Floyd sober, he knew the signs.

When Uncle Talio was acting in his role as a tribal Old People, he tended to sound as if he barely understood English, but just because he’d grown up speaking Quinault didn’t mean he was cut off from the twenty-fi rst century. He simply preferred to live in the past.

Jay’s shoulders weren’t the only part of his body that ached. His back threatened to knot, and his knees were tender from supporting his weight the whole time Uncle Talio, Floyd, and he had been in the canoe. As an Olympic National Park ranger, he was accustomed to spending his days on his feet, not struggling with the seldom-used but well-maintained canoe.

That’s what he was, he reminded himself as Uncle Talio held up a deerskin decorated with the tribe’s symbol of a stylized eagle and a salmon—a forest ranger. He was proud of who he was; he just didn’t want his heritage to define his every moment. 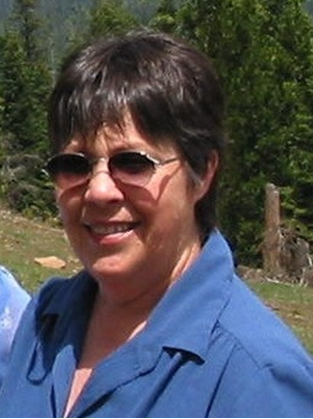 Vella Munn cut her writing teeth penning confessions. At the time she had two preschoolers and not enough time or confidence to write anything longer. She hit the confession wall after writing, “I Was An Unwed Father”, and moved onto category romances. Some 30 romances for the major romance publishers later, she dove into historicals and wrote nine Native American historicals for Tor/Forge. Under a pen name she has written mumble-mumble erotic romances for a variety of publishers and self-published. The electronic publishing explosion excites her and she sees endless possibilities. It’s a crazy exciting time for writers and readers. A longtime member of Novelists Inc., an organization for multi-published fiction writers, she is grateful for the knowledge, experience, and support of fellow members.

Her favorite genre has always been romantic suspense and she’s delighted to be part of Entangled’s Ignite line where hopefully her out-of-the-box imagination won’t have people thinking she needs a padded room.

The Giveaway:
**US Entrants Only**
Signed Copies of:
White Out
Land of the Burned Out Fires
His Slave
In a Cowboy's Bed
Yes Master 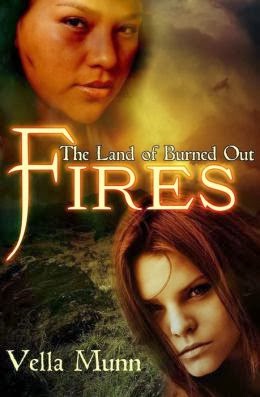 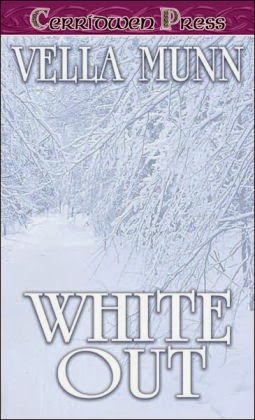 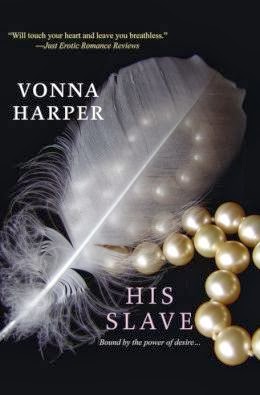 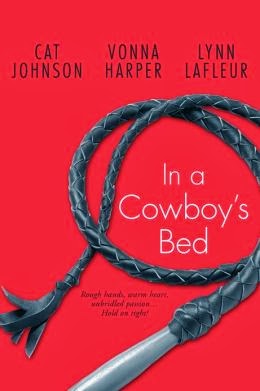 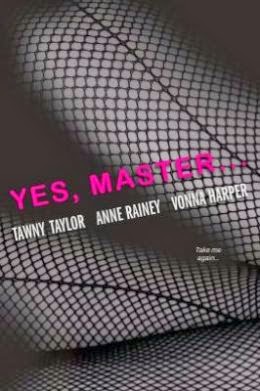