Thanks for stopping by my stop on Victoria Pinder's The Zoastra Affair Blog Tour. 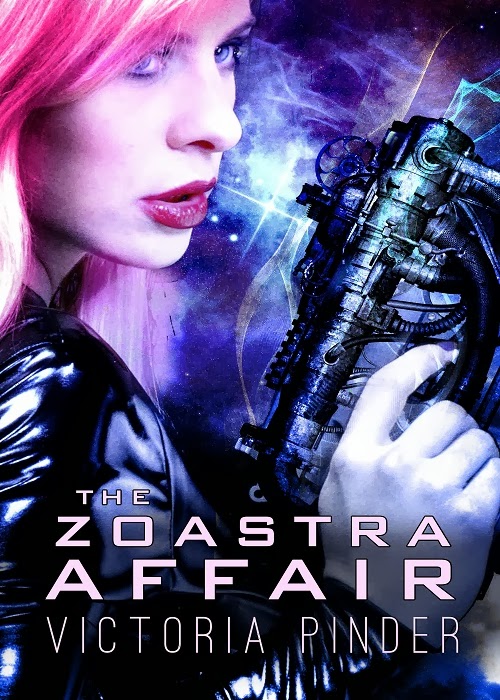 Blurb:
A hundred years from now, Earth has trading partners with alien beings, mostly humanoid. However, going into space brought forth an unknown enemy who attacks Earth at will.

The Zoastra is part of the Earthseekers, an organization originally designed to go into space. Its new mission is to find Earth’s enemies.

Ariel is stuck on a Victorian planet and steals Grace’s body and life to get off the planet. Grace must get her body back before Ariel bonds with Grace’s husband, Peter. Then there is Cross, the man on a mission to find those who killed his family. Ariel is attracted to Cross, but she’s stolen someone’s life.

Excerpt Two:
“In a few weeks Ariel will be leaving us. Heading toward marriage with Massimo?” Ms. Rochelle’s voice pulled her back into the lecture.

“Err . . .” Massimo, with his hovercraft, became convenient transportation to leave the school with permission, but marriage? The boy dreamed of owning a restaurant with a pretty wife. She’d find a way off the planet, when she wasn’t being observed or offered for marriage to every low level non-space going man on this planet. Time ticked fast now.

“Ariel is lucky to have found a man so interested in her beauty, he can overlook her status.”

Ariel’s mouth tightened and she lowered her head to hide her scowl. No. Massimo was a child, too. Getting her body back from the child thief, Lenchena, mattered far more. This body was now strong. Away from the ever-watchful teacher, she’d have her chance for escape at one of the upcoming diplomatic events where she’d be a maid or serve others dinner. Plus, Sheratons mated for life, something Ariel refused to believe in. But in order not to draw attention to herself, she played along. “Um, yes. I am.”

A group of male soldiers marched past the closed door of the school room. The females in the class twisted around to catch a glimpse of them. Ariel didn’t join her classmates in staring and drooling at the opposite sex.

Why did these aliens keep males and females separate until marriage? The customs of this world never ceased to amaze her. The teacher taught the virgin teenagers to expect women to fall into orgasm whenever a man’s hand grazed her body. Seriously? Had they never had sex before? In her memory, sex hadn’t been that all-encompassing. 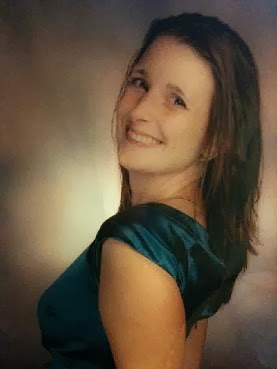 Victoria Pinder grew up in Irish Catholic Boston before moving to the Miami sun. She’s worked in engineering, after passing many tests proving how easy Math came to her. Then hating her life at the age of twenty four, she decided to go to law school. Four years later, after passing the bar and practicing very little, she realized that she hates the practice of law. She refused to one day turn 50 and realize she had nothing but her career and hours at a desk. After realizing she needed change, she became a high school teacher. Teaching is rewarding, but writing is a passion.
During all this time, she always wrote stories to entertain herself or calm down. Her parents are practical minded people demanding a job, and Victoria spent too many years living other people’s dreams, but when she sat down to see what skill she had that matched what she enjoyed doing, writing became so obvious. The middle school year book when someone wrote in it that one day she’d be a writer made sense when she turned thirty.
When she woke up to what she wanted, the dream of writing became so obvious. She dreams of writing professionally, where her barista can make her coffee and a walk on the beach, can motivate her tales. Contemporary romances are just fun to write. She’s always thinking whose getting hurt and whose story is next on the list to fall in love. Victoria’s love of writing has kept her centered and focused through her many phases, and she’s motivated to write many stories.
Member of Florida Romance Writers, Contemporary Romance, Fantasy, Futuristic and Paranormal chapter of RWA, and in Savvy Authors.

You can visit Victoria at:
Posted by Unknown at 12:00 AM