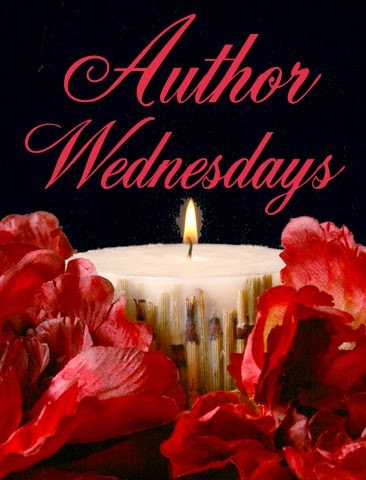 
Welcome to Author Wednesdays on For Whom The Books Toll!  Today my guest is Anna Alexander.


Hi Anna. Thanks for stopping by today and answering a few questions..


Can you tell us a little about yourself?
I've written the Heroes of Saturn series for Ellora's Cave which is about superheroes finding their mates. Gambit is my favorite comic hero followed by Captain America then Superman. My ancestors came from all over, but I identify most with my Scottish heritage. Men in kilts- bring them on! I also love shoes and corsets. Yes, I'm a girly girl.

What inspired you to become an author?
I wrote my first novel at fourteen and then life took over. It was many years later when I realized
I had been sucked into the pattern of going through the motions of life but not really living.
It was then when I began to retake all of the parts of me that had me unique and one of those
was the dream of becoming an author.

When did you start writing?
Growing up in a small town in a double-wide trailer, I fantasized a lot about traveling and seeing new places. My English teachers were always wary of giving me assignments because they knew I would turn a 200 word essay into a twenty page epic adventure.

Do you consider yourself a plotter, or pantser or a hybrid?
I call myself a plotting panster. I know what destinations I will stop at, but no idea what will happen along the journey.

Do you have a favorite writing snack?
I love popcorn and apples. I have them for dinner at least once a week.

Do you prefer to write in silence or with music?
I definately need white noise. My favorite place to write is at the local bar. No wi-fi, I can't control
the television, and I'm not distracted by all of the other things I have to do.

Can you tell us about your current book Hero Rising?
Hero Rising is the fourth and last of the heroes of Saturn. This book follows Bale, my villian from
Hero Unleashed, as he struggles to keep his vow to protect the innocent while falling in love with a human woman. He's so strong and silent, almost to the point of madness. I've loved Bale the moment I figured out why he was the way he was and had to write his story and give him a happy ending.


If you could have dinner with 5 people, who would you choose and why?
Hugh Jackman, Baz Luhrman, Chris Hemsworth, Ewan McGregor and Kate Winslet. It would be a crazy night of laughing, dancing and drinking.

And now I have a few fun questions:

Thanks again Anna for taking time out of your busy schedule to be here today. 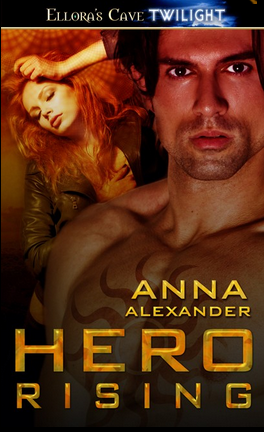 Blurb:
Book five in the Heroes of Saturn Series.
Ari Rayner’s fresh start in the big city is put on hold when her car breaks down on a mountain pass. Her savior is a hooded angel with haunted eyes who gives new meaning to the phrase “smoldering intensity.” Drawn to his strength, she revels in helping the big man succumb to his illicit fantasies. Just because she’s a woman doesn’t mean she’s afraid to get down and dirty.

Bale made a deathbed promise to protect those who cannot protect themselves, a vow he’s done a damn fine job of upholding, but the fire that burns within Ari beacons him to play in the flames, and the heat they generate brings the house down. But such brilliance sheds light on past mistakes that Bale must now answer. With his true nature revealed, Ari uses everything at her disposal- whips, straps and a firm hand to convince Bale he is not the monster he believes and is worthy of her love. 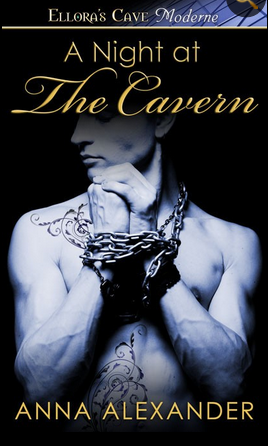 Blurb:
A Night At the Cavern
Book four in the Heroes of Saturn series. (Technically this is short story is book 2.5  )

The motto at the city’s most hedonistic nightclub, The Cavern, is all about receiving what you need, and at the moment Miranda needed to sober up and get the hell out of there. Her lame attempt at adventure was about to go down as the stupidest idea ever when the club’s über-hunky designer whisks her onto the dance floor and offers to make her sexiest fantasies come true. Maybe it was the overpriced drinks talking, but if she was going to fail, it might as well be in a blaze of glory. Leather cuffs, bondage and forbidden pleasure? She’s all in.

Jorges finds Miranda’s self-deprecating humor refreshing and falls for her girl-next-door charm as he coaxes her inner sex goddess out to play. Who knew that within the wallflower lurked a sizzling siren? Before the sun rises, Jorges realizes one night of passion will never be enough. Now he must convince Miranda she is exactly what he needs.

Buy Links:
Amazon:
A Night at The Cavern: 4 (Heroes of Saturn) 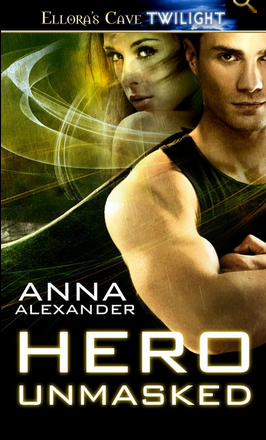 Blurb:
Book three in the Heroes of Saturn Series

When Dhavin Kilsgaard landed on Earth, he knew trading his life as a royal guard for a position as a small town police officer would take some adjusting. But not even his skills at foiling assassination attempts and protecting princesses prepared him for the complexity that is the human female. Fiona Corrione’s shy smile makes him hunger for more than a taste of the delicious chocolate she sells in her candy store, but the woman won’t fall for his Llanos charm.

When his empathetic abilities sense her lusty cravings for his superhero alter ego, he doesn’t hesitate to seduce her from behind the mask. Once she falls in love with him, she’ll forgive him for the ruse, right? Fiona is beyond livid when she discovers the flirtatious officer and her hunky-hero lover are one and the same. Before she kicks Dhavin to the curb, she’ll prove Earth girls aren’t easy and revenge is sweetest when served with leather straps and whipped cream. 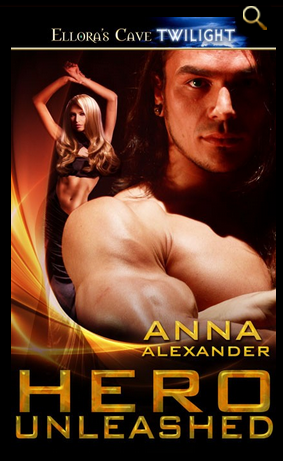 Blurb:
Book two in the Heroes of Saturn series.

Princess Amaryllis should have been sad to be exiled from her home on the Saturn moon, but on Earth she finds freedoms she never imagined existed. She embraces her new home with big, open-mouthed kisses and establishes herself as a prominent business woman catering to the human’s most intimate desires. When the former head of her father’s guard enters her domain, he not only rouses old insecurities but also a burning desire to see him lose the formal constraints and succumb to the promise in his command. Lucian Kilsgaard was a warrior without a mission until he received word that an assassin had been sent to ensure the exiled princess does not return to reclaim the throne. He goes to warn the princess and instead of the unconfident, impulsive girl he remembers, he finds a bold temptress. How can he protect her when all he wants is to sink into her softness? He vows the line between protector and lover will never be crossed, yet Amaryllis will test his resolve until he takes exactly what he needs. 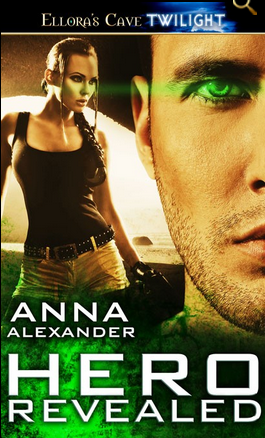 Blurb:
Book one in the Heroes of Saturn Series

As a female sheriff in a small town, Brett Briggs faces enough obstacles turning complacent good ole boys into a top-notch police force without the added insult of a vigilante apprehending her criminals. Her prime suspect? Kristos Kilsgarrd, the sexy river guide who has been open in his desire to move her away from her badge and into his bed.

In his former position as royal guard, Kristos once failed a woman he cared for and as punishment was banned from his home on one of Saturn’s moons. He vows not to make the same mistake with Brett and uses his superpowers to protect her, no matter the foe. Or the cost. But Brett didn’t become sheriff by letting a man take care of her, and although the hot-as-hell Kristos is persuasive, she’s not going to start now—even after burning it up between the sheets with him. When her town is threatened, they cry out for a hero, and she sets out to prove to everyone, Kristos included, that she’s the woman for the job.

Anna’s literary world changed at age thirteen when a friend gave her Kathleen E. Woodwiss’s A Rose in Winter. With her mind thoroughly blown, Anna decided that one day she too would be a romance novelist. With Hugh Jackman’s abs and Christopher Reeve’s blue eyes as inspiration, she loves spinning tales of superheroes finding love.


I hope everyone had a good time visiting For Whom The Books Toll today. Please come back next Wednesday for Author Wednesdays when my guest will be Jill Prandstatter.