"I’ve only ever been able to express myself physically. I never ventured into anything beyond that. I didn’t want to get emotionally involved. I was all about concentrating on the game and using women as an escape. But when I got injured, I started looking at things differently and what was going to happen to me when I couldn’t play anymore. For the first time in my life, I was terrified. Sure, I succeeded on the field, but I was a failure when it came to dealing with my personal life. But you know what? I needed a wake-up call like that. It’s what led me to you.” 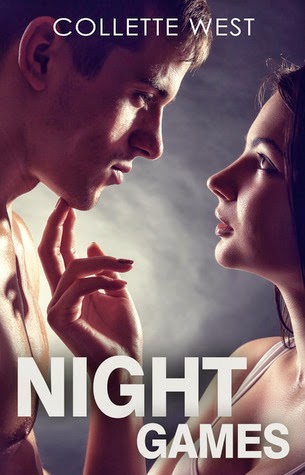 
Blurb:
The moment Grey Kelleher locks eyes with All-Star shortstop Chase Whitfield, she’s a goner. For years, she’s watched him play on TV, and now she’s gazing at his hard, lean body across a bar in her hometown.

Grey’s crush on Chase goes all the way back to his rookie season. So when she approaches him for an autograph, she’s startled by what a jerk he can be.

Chase is no mood to humor his fans, even one as alluring as Grey. He’s in the last year of his contract and stuck having to prove himself on a minor league team. He’s only there to rehab an injury, nothing more.

But when Grey tells him off, Chase realizes her fiery spirit may be just the distraction he needs to take his mind off not being in the majors. His heart is safe. No one’s going to break his streak as baseball’s most eligible bachelor. Not even someone as irresistible as Grey.

Excerpt
“I’m just not the dating type. You know that. I don’t like trying guys on like they’re pairs of shoes, searching for the one that fits. I get too emotionally involved. And you know all they want is sex, so when I don’t put out by the third date, they don’t tend to stick around.”

I shrug, but it hurts to have to explain this to her. I mean, isn’t it obvious? I’ve always been overly sensitive. I really have to get to know a guy before I’ll even consider sleeping with him, and the truth of the matter is, not many are willing to wait around until I’m ready. They’re on to the next piece of ass that doesn’t have so many issues. All they want is a quick fuck, and they get all bent out of shape when I don’t put out. I can’t help it if my stupid heart always gets in the way.

“But, Grey, you told me you won’t even give a guy some head. So what do you expect? That’s what dating’s all about. Give and take. He takes you to dinner. You give him a blow job.”

“It just makes me feel cheap.” I rub my arms, crossing them in front of me, shivering even though it’s ninety degrees. I really wish we weren’t having this conversation right now. The pervy old man standing behind us is hanging on our every word. “How can a guy I’m seeing not know what my favorite movie is or how I take my coffee but be cool with me doing stuff like that to him? Sorry if I don’t like feeling like an object instead of a person. I’d rather get to know someone before going there. That’s all.”

“Girl, you gotta learn to keep it casual. Don’t make it so complicated. Just let go. You’re so uptight. It scares me. Use some stupid prick to make you feel good, if only for the night. He doesn’t have to be Chase Whitfield. Any hot guy will do. Just close your eyes and—” 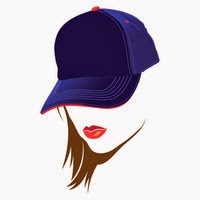 Collette West grew up as somewhat of a jock-nerd hybrid. Entering the world three weeks premature, her dad nearly missed her birth because he had seats behind the dugout for a sold-out, highly-anticipated match-up between two of baseball's biggest rivals. Not to be outdone, her book-loving mom taught her how to read by the time she was three. A love of the game coupled with an appreciation for the written word were instilled in Collette's impressionable brain from a young age. No wonder her characters believe in the philosophy: sports + romance = a little slice of heaven.

Splitting her time between the Pocono Mountains and Manhattan, Collette indulges her inner fangirl by going to as many games as she can from hockey to baseball and downloading every sports romance novel in existence onto her iPad. When she's not clicking away on her laptop, she enjoys walking her dog in Central Park, satisfying her caffeine craving at the Starbucks on Broadway and keeping an eye out for Mr. Right. But above all, she loves dishing with her readers. Email her at collette_west@yahoo.com.