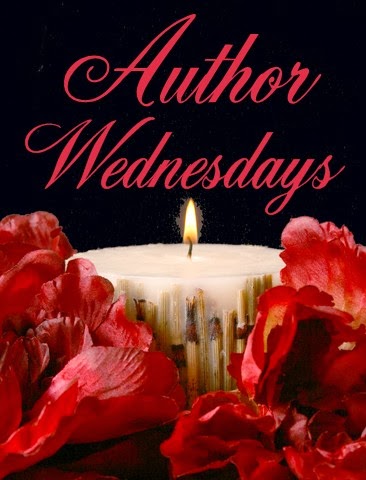 Happy Wednesday!! It's Author Wednesday at For Whom The Books Toll. My guest today is Sam Cheever and she agreed to answer a few questions.

Would you please share 5 fun facts about yourself that most people don't know?
Absolutely! Here goes:
1. I rescue dogs and have 13 of the furry little bugs living in the house with me. (Okay, some of them aren't so little!)
2. I'm highly, madly, insanely competitive. I am. Yes I am.
3. I have a pond with a fountain in my yard. I love sitting outside and listening to it.
4. I'm a serious Type A personality (see 2 above)
5. I'm only 5'3" but I'm the tallest of the 3 sisters in my family. #:0) Oh, and, I thought I was only 5'2" until recently, when my bossy older sister insisted we all measure ourselves. I'm so glad she did because now I know I'm really tall!

What's your favorite music?
I'm a very eclectic music consumer. I actually like almost every type of music, from hip hop to classical. I tend not to like songs that are repetitive or ones where the lyrics don't make sense. Yes...I do listen to the lyrics. LOL I'm a word person!

What inspired you to become an author?
I wrote some angst-ridden piece of drivel for a high school English assignment once and the teacher really liked it. He encouraged me to keep writing. So I did and I've never looked back. Now I feel truly blessed to be able to do what I really love every day.

Do you have any writing rituals?
Hmm. I'm not sure you could call it a ritual but I do have a method. When I start a story, I usually have a very broad idea of what I'd like it to be about. Once I have that idea, I sit down and write myself a quick, high level premise for where the story needs to go. Then I just start writing. About half way through I hit a wall because I need to get more specific about where I'm taking the storyline. Once I figure that out, the second half of the book usually flows pretty smoothly.

I set a daily writing goal for myself of around a thousand words. Most days I'll write more than that, some days less. I generally write 6 days a week--7 when I'm on deadline.  That's pretty much it in a nutshell. There's no magic to my process, it's just sitting down and doing the work. A lot of days that's easier said than done! LOL

Where is your favorite place to write?
I mostly write sitting at my desk in my office. I love my office and I'm very comfortable there. But occasionally I'll sit outside with my laptop and write while the dogs romp around the yard. That's a nice break on those days when I've been in my office too long and need a change of scenery.

What s your biggest writing achievement? Why?
Self publishing my original work, as well as books I've gotten back from publishers. Since I went out on my own I've learned so much about promoting and marketing my work and I've really enjoyed the artistic freedom being my own publisher has given me. I don't have anything at all against the traditional publishers. They brought me into the writing world and taught me a lot. And I'll continue to have books with these wonderful houses. But they're necessarily constricted by the need to deal with hundreds of authors and they aren't always the most flexible about new ideas. As the owner of Electric Prose Publications, I can be as creative as I want in where I place my books, how I market and package them, and how they're priced. I love the challenge and certainly can't argue with the results!

Can you tell us about your current book,Tall, Dark & Apocalyptic?
Tall, Dark & Apocalyptic is a post-apocalyptic, time-travel, paranormal romance. Say that five times real fast! LOL This story is actually based in the world of a previous story, which I hope to re-release under my own imprint in 2014. The twist of the first story was two mage hunters trying to find and stop a dark witch who was dabbling in powerful death magic to create a new kind of zombie…a near perfect human specimen. These zombies, called reborns in the book, are beautiful, smart, and dangerous because they allow the dark witch access to places a traditional zombie can’t go.

I carried that premise to a new level with TD&A. What if one of the zombies and one of the hunters fell in love? The idea has a set of built-in conflicts and the forbidden love aspect is a powerful aphrodisiac. I'm very excited about this story and can't wait to share it!

What made you write this story?
I've been dying for an excuse to jump back into my fun and sexy post-apocalyptic world again so, when I was invited to join 9 other best-selling authors in a Tall, Dark and Alpha box set, this story seemed a natural fit.

If you could bring one of your characters to life, which one would it be and why?
Only one? Whine..... I couldn't possibly pick just one. Would I pick one of the women because they're fun, strong and independent and would be great to hang out with? Or would I pick one of the big, sexy alpha males I've created to mate with my strong women? This is truly a Sophie's Choice moment...I'm afraid I'm not as strong as Sophie was. Sigh...

If you were deserted on an island, who or what would you have to have?
Well, despite my romantic creations, I'm really a practical sort at heart. So I would want lots of fresh water, something to use as shelter, and food to eat. I'd have to work up to killing my own meals...ugh! I'd also want my ereader to keep myself entertained and a plug hanging magically in the air so I can recharge it. LOL Last, but definitely not least, I'd want Chris Hemsworth there to keep me company. I just want to chat with him, explore his...erm...mind. At least until Island rations and beach walking help me lose a few pounds so I can fit into my coconut shell bikini. Then ol' Chris better watch out! Snorf!

I have a few fun questions for you.

Pepsi or Coke?
It used to be Pepsi all the way, but then God created Coke Zero and I kicked Pepsi to the curb.

Chips or pretzels?
Snort! Really? Ask me a hard one. Chips are the food of the gods.

Chocolate or vanilla?
Vanilla...unless you're talking candy. I was born with a Snickers bar in my hand.

Goodness Sam, I'm still laughing. I love it when an author has fun with my questions and makes the interview so memorable. 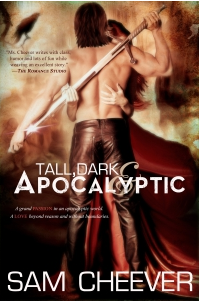 This is the cover for Tall, Dark & Apocalyptic. Sam will be back next Wednesday to share a little bit more about this book.

Here's a few of Sam's books to check out and drool over. 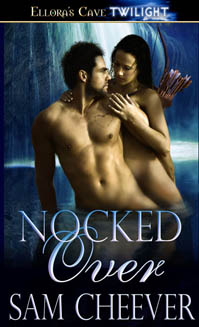 Blurb:
Gods of Love #1
Daphne Charissa isn't a chubby little guy with wings and a quiver of arrows. But she does belong to the Cupid race—a race of devastatingly beautiful creatures who excel at helping others find love, while remaining loveless themselves throughout their long lives.

When Daphne falls in love with Bion Chronos, she launches the two of them into a direct confrontation with the Furies as they fight to protect their own love and win release from the curse of lovelessness for the whole Cupid race. The problem is, the Furies have no intention of letting them win, and the lovers can't seem to keep their hands off each other long enough to form a coherent plan.

It's gonna be an interesting battle.

Buy Links:
Amazon:
Nocked Over (Gods of Love, Book One) 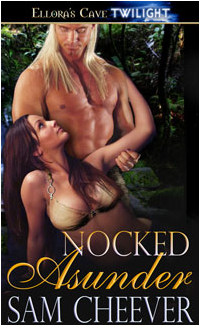 Blurb:
Gods of Love #2
In her line of work, Athena Googlios is accustomed to hot, sexy men. But Damian Leandar brings hot to a whole new level. His touch, even his gaze, makes her body clench and warm with lust. Athena's mind tells her she needs to treat him like any other client. But her body has its own agenda. And when Athena finds herself facing off with a pair of truly ugly mythical creatures, Damian may be the only one who can save her from a fate worse than death.

Unfortunately, Damian has some pretty big secrets. And despite the feelings they can no longer ignore, something bigger than love may yet come between them. In the end, it might take losing everything they have to make them realize how much they have to lose. 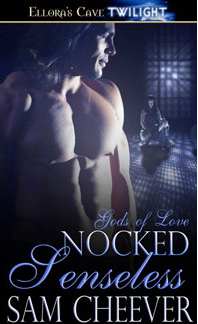 Blurb:
Gods of Love #3
Hermes Adonis has a broken heart and an attitude problem. When the Fates send him on a forced sabbatical from Cupid's Arrow, he's not a happy Cupid. Hermes spends his days sucking Brimstone and anticipating his total destruction. But when a dark-haired beauty throws him to the ground and puts a knife to his throat, he feels an unexpected spark in his dead heart.

Nidras is a cursed demon princess. She's pretty tapped out just trying to kill the wizard who holds her curse. The last thing she needs is a man, especially one whose sexy head is fuzzy from sucking Brimstone all day. But Hermes is funny and determined, and Nidras is lonely and scared. And when they get together in a room, the heat they create nearly melts the paint from the walls. 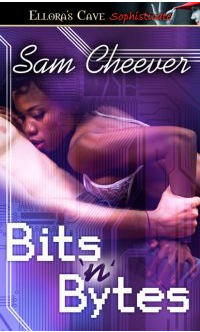 Blurb:
Hot 'N' Bothered #1
Self proclaimed cougar, Bliss Drake has blue screened. Suffering from a broken heart and a dead computer, she finds herself standing in the middle of an electronics store nursing sweaty palms and lusty thoughts.

Tall, dark, and sexy, Brad Hoffman is a self-proclaimed nerd. When the beautiful black woman with a serious fear of computers starts talking about flinging herself into a display case at his favorite electronics store, he’s happy to offer his…erm…services.

Can a computer phobic beauty and a sexy nerd ever sync up? Only if they can cobble together the right bits ‘n bytes! 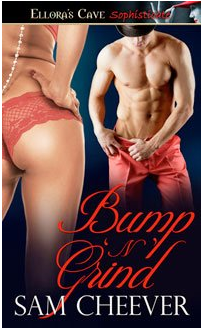 Blurb:
Hot 'N' Bothered #2
Attractive divorcee, Felicia Jeffries, is turning 45 and her friends have dragged her to a male strip club to celebrate. If she had her druthers, Felicia would be hiding in a dark corner with her friends. Instead, she finds herself on stage, dirty dancing with a sexy hottie whose smoldering glances tell Felicia that he could care less about the difference in their ages.

Garrett Holcomb has always liked older women. He enjoys convincing them that their bodies’ natural changes are sexy, rather than the negative they perceive them to be. When Felicia slides her sexy body against his that night in the dance club, he knows they’re meant to be together.

But someone else doesn’t think their love is healthy. And he’ll do anything to make sure they miss out on the future they want together. Including nearly murdering a man…and pinning Garrett for the attack. 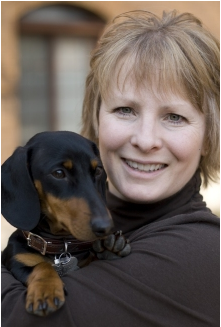 
So...What Does Sam Say About Herself?

​Sam's published work includes 50+ books of romantic suspense and fantasy/paranormal. Her books have won the Dream Realm Award for fantasy and The Swirl (interracial romance) Award. They've been nominated for and/or won several CAPAs, have been nominated multiple years for “Best of” with LRC and The Romance Reviews, and have won eCataromance’s Reviewer’s Choice award. Sam is published with Musa Publishing, Changeling Press; and Ellora’s Cave. She also publishes as Declan Sands, writing m/m fiction, and under her own imprint, Electric Prose Publications.

In real life, Sam lives in a cabin in the woods with 13 dogs and one husband. A self-proclaimed dog-aholic, Sam insists she's holding at 13...maybe...