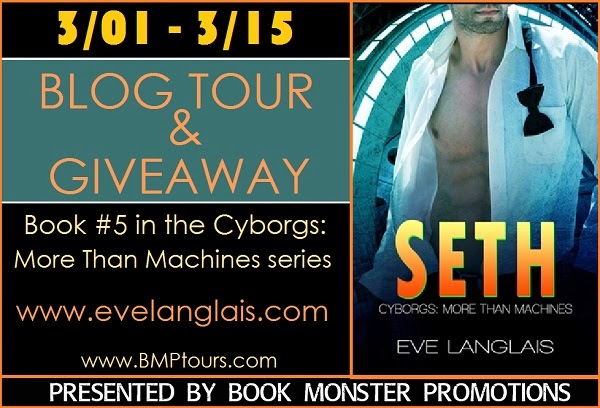 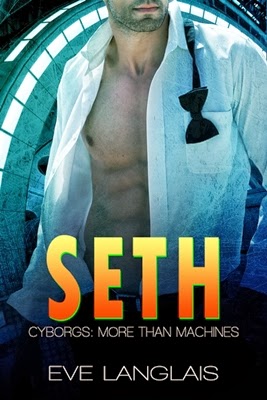 SETH
Cyborgs: More Than Machines, #5
His mission: Blend in with the humans. Save the cyborgs. And seduce the only woman he ever loved, without getting killed.

Cybernetic spy models are different from other humans turned machine. For one thing, they never completely lost touch with their humanity, or their memories. But retaining their identity doesn’t mean the military didn’t mess with their lives. Seth lost the woman he loved because of their web of lies. When the chance arises to make things right, he relies on his superior intellect—and irresistible charm—to prove his innocence, and make Anastasia his again.

Anastasia might possess upgraded parts and programming, but the scientists never could cure her of her biggest weakness, jealousy. The volatile emotion made her walk away from love once. Can she overcome it and recognize the truth? Or will she continue to let the military manipulate her emotional strings?

Excerpt:
There was no warning. No sound to betray their presence. No smell. Nothing. Just the sudden cold touch of a pistol muzzle nudging the back of his head.

Silence reigned except for the chirp of the little creatures that lived in the woods and emitted bird-like noises. They sounded cute until you came across them. Unlike a feathered denizen of earth, the furry buggers who chirped like songbirds resembled more a rat with spiked fur, razor-sharp teeth, and a really bad attitude if they felt threatened. Ankles beware!

They’re not the only ones who get nasty when their lives are in danger.

Although none of his muscles moved, Seth held himself ready to act, letting his internal processor analyze the space around him, seeking a hint, anything to give him an edge. He inhaled deep, testing the air, in an attempt to see if he could identify his attacker. Lo and behold, he got a faint trace.

Of all the things he expected to smell out here in the forest, vanilla soap wasn’t one of them. The clean fresh scent was familiar, as was the position he found himself in. Strange as it seemed, he’d lived the almost exact scenario once, a long time ago. But he’d thought that person dead. Or at least lost to him. It can’t be. Not after all this time. Was it possible?

No time like the present to test his theory.

“Well hello there, gorgeous. I knew you couldn’t resist me forever.” He couldn’t help but grin when his guess was confirmed by a husky voice that still had the ability to send shivers down his spine.

Whirling lightning quick, Seth played the part of surrendering victim and held his hands above his head so the gun pointed at his forehead. Face to face, he couldn’t help but drink in the reality of the lady who haunted his dreams. His ex-partner. The only woman he’d ever loved. The only one who ever spurned him. The woman he’d once called wife.

A wife who wore a scowl and didn’t shower him with welcoming kisses.

He couldn’t resist goading her. “Me, annoying? Never. Handsome and dashing, yes. I might even use the term rakish.”

“And cocky. You do realize I’m holding a loaded gun to your head. Do you really want to tempt me into pulling the trigger?”

If she’d wanted him dead, his brains would already decorate the bushes around them. Anastasia knew hundreds of ways to kill a man. However, he’d wager she wouldn’t have returned just to put a bullet in his head. She’d torture him first. Probably painfully. How he’d missed her.

“You won’t kill me,” he stated with utter confidence.

“Don’t be so sure. I’ve pictured your death a thousand times. My favorite was the one where I push you off that cliff we once climbed in the Himalayan Mountains and watch you fall, knowing that you’ll actually have time to reflect on what a jerk you are before you hit the ground.”

Okay, so this wasn’t exactly the reunion he’d once hoped for. Someone still had anger issues. Question was, did she mean it when she said she wished him dead? Only one way to find out.

“Well, if you’ve returned to kill me, would you mind getting on with it? I’ve got places to go, people to see.”

“You mean irritate.” The muzzle of her gun dropped, and she rolled her expressive blue eyes.

“And here I thought you enjoyed my quirky nature and sense of humor.”

“I blame my previously defective, human brain for that momentary lapse of reasoning.”

He couldn’t help but laugh. “Oh how I’ve missed your acerbic tongue. My dearest Anastasia, love of my life, I am delighted you’ve returned to brighten my existence. Did you miss me?” 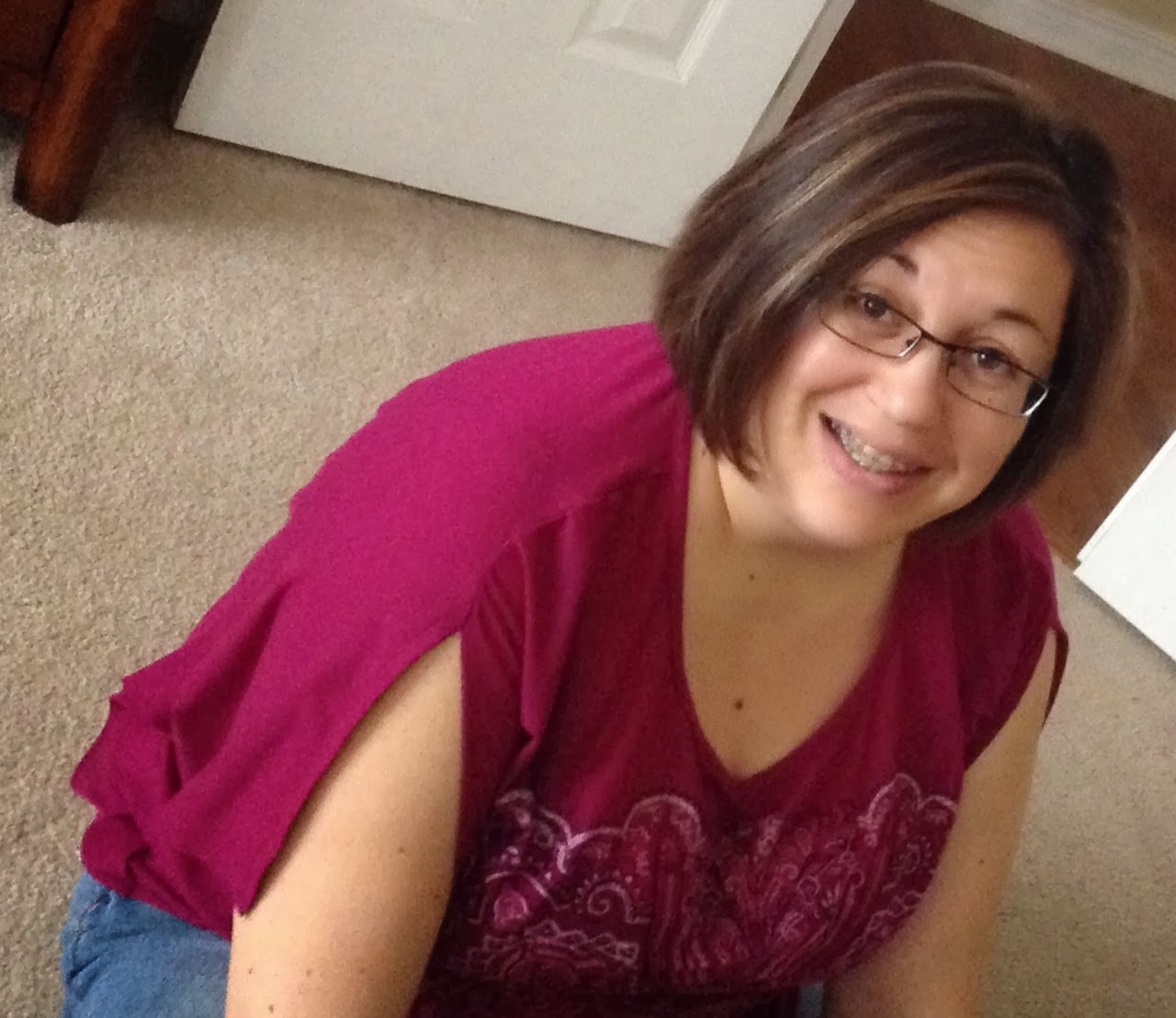 Hello, my name is Eve. I’m a stay at home mom who writes full time in between juggling my three kids, hubby, and housework, I write really raunchy stuff–usually with werewolves lol.
I am a bestselling Amazon author, ranking often in their top 100 romance authors. But I’m not just popular with Kindle readers. I was one of the top ten selling authors on AllRomance for 2013 and have had numerous of my books hit the top 100 books over all on Barnes & Nobles as well.
I’m writing romance, my way. I do have a twisted imagination and a sarcastic sense of humor something I like to let loose in my writing. I like strong alpha males, naked chests and werewolves. Lots of werewolves. In fact, you’ll notice most of my multi partner stories revolve around great, big, overprotective Lycans who just want to please their woman. I am also extremely partial to aliens, you know the kind who abduct their woman and then drive them insane…with pleasure of course.
I love to write, and while I don’t always know what my mind is going to come up with next, I can promise it will be fun, probably humorous and most of all romantic, because I love a happily ever after.