Thanks for stopping by today! I'm hosting The Sin Circus Cover Reveal & Giveaway!!


Everyone remembers their first trip to the circus--the home of fantasy and dreams. Where the idea that anything is possible meets a creative reality of alluring tricks and amazing acts of defiance. The big top is known for inspiring lust, awe, and happy memories, and now you'll see it like never before. 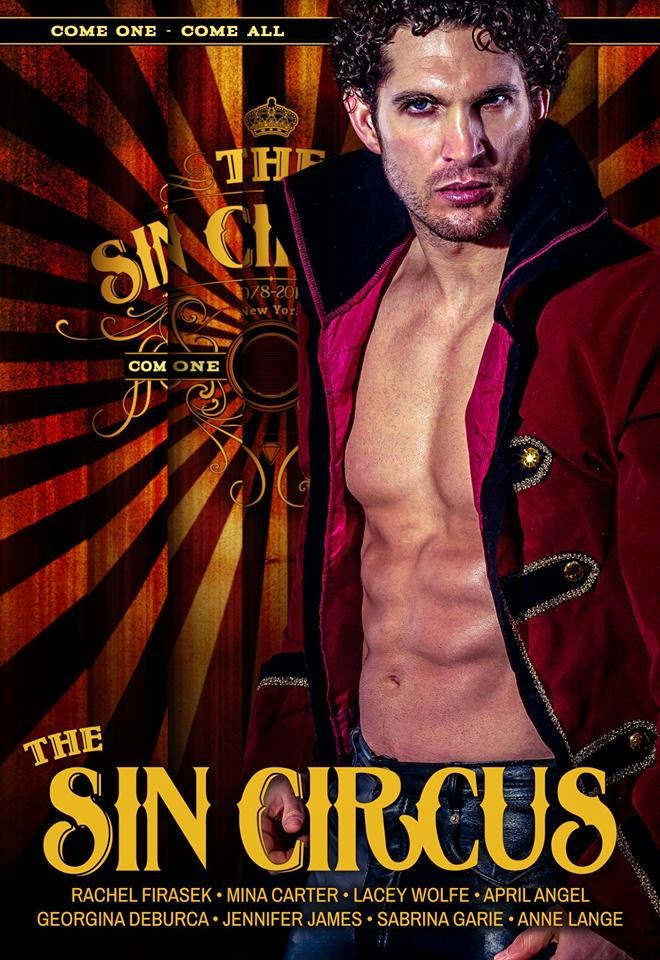 Dark Surrender by Rachel Firasek
He stole her control, but she hasn't completely surrendered her heart...yet.

Claimed by the Blade by Mina Carter
He's waited years to claim her. Tonight, she's all out of excuses...

Ring of Fire by Lacey Wolfe
The Ringmaster must figure out his feelings before his ballerina goes up in flames...

Unmasking Her Dom by Jennifer James
Tormented by touch, the King of the Harlequin resolves to release his bratty sub before she strips away the last barriers between them, and discovers his secret shame.

Sweet & Sticky by Sabrina Garie
Recipe for forever: Mix a flailing writer with a down-on-his-luck agent, toss in a pound of cotton candy and an empty bleacher. Let simmer.

Twice the Pleasure by Georgina DeBurca
As the bindings unravel, two brothers race to save the woman who has captured their hearts.

With the Greatest of Ease by Anne Lange
He traded a trapeze and the catch of a lifetime for a life in a courtroom. Now he’ll share her, to catch her, one last time.