Thanks for stopping by today. Welcome to my stop on Maggie Wells' The Art Lover Book Cover Tour!!! 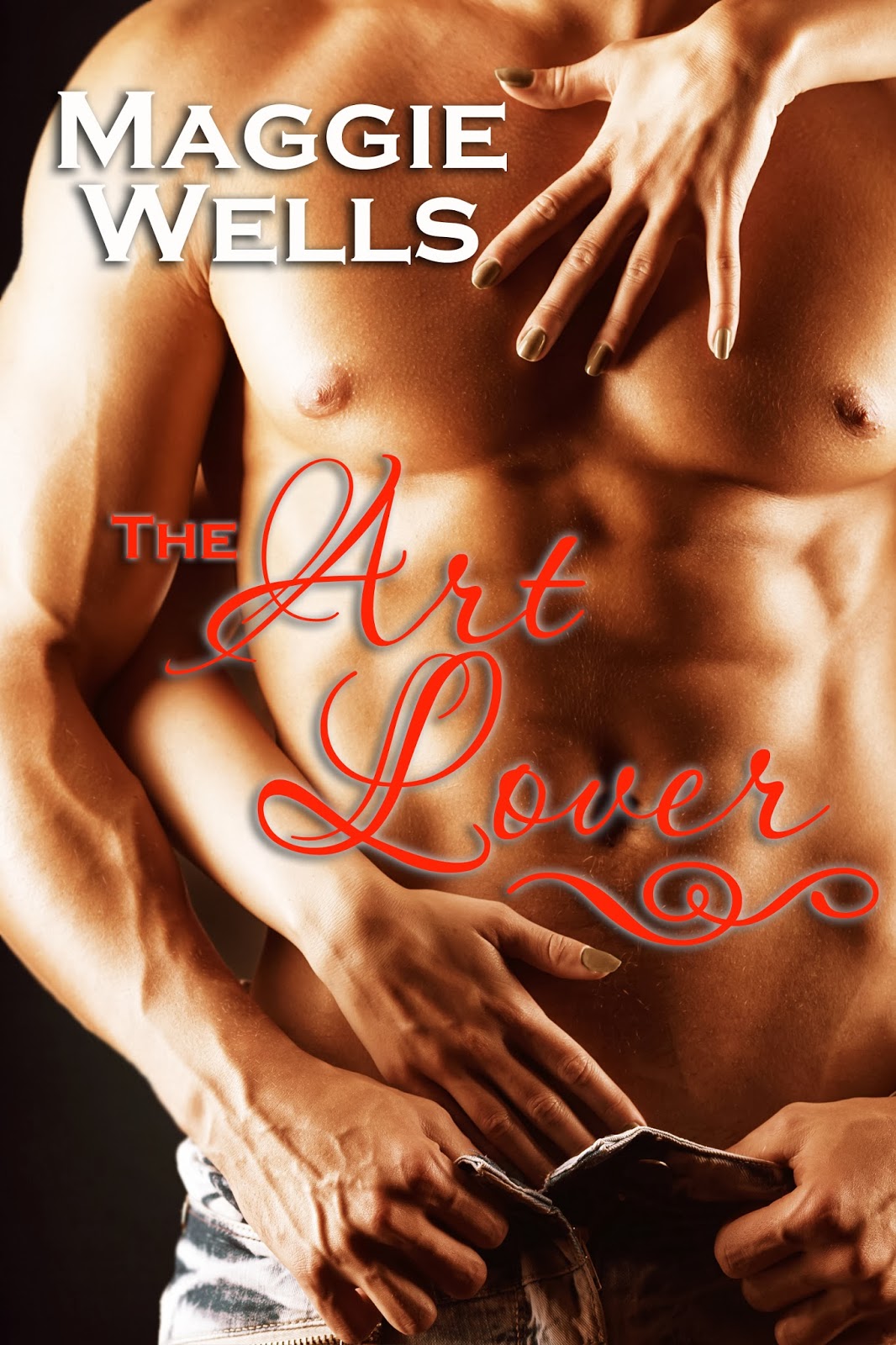 
Blurb:
Starving artist Kelsey Tecato takes being The Templeton Museum's artist in residence a little too literally. By day, she puts on a show of painting for the crowds that shuffle through the galleries, but at night, her muse runs wild.

Mitch Jameson is a guy's guy. A cop moonlighting as a security guard, he has little use for the artsy-fartsy stuff, but the mysterious Ms. Tecato's sexy portraits call to him.

So does an interior alarm.

When Officer Jameson goes to investigate, he finds a paint-splattered goddess working on a self-portrait--in the nude.

A couple tubes of paint and a roll in the drop cloths later, free-spirited Kelsey helps Officer Jameson discover his passion for art.


Excerpt:
Forcing himself to put one foot in front of the other, he left the provocative portraits behind and turned toward the west end of the building. The Templeton rambled for nearly a city block but most of the space went unused. Exhibits occupied the open center space of the two-story building joined by a pair of sweeping marble staircases. The east side had been converted to classroom space decades before, but the warren of tiny rooms on the west end were primarily administrative offices and storage.

His heart started to pound when he picked up the murmur of a deep voice. Shifting the flashlight to his left hand, Mitch reached for his sidearm and came up empty. He was a guard tonight, not a cop. His service weapon was locked up safe in his apartment. At the end of the corridor he pulled up short, pressing his back against the wall and tightening his grip on the flashlight. He wore a panic button clipped to his belt but his instincts told him he wasn’t at the panic stage yet. Breathing soft and slow, he closed his eyes and focused his energy on catching a few words. Perhaps he could figure out what the intruders were after before making his presence known.

Thirty seconds passed. His eyes popped open then rolled heavenward as the droning voice segued into a bouncy pop song. The radio. Someone had left a radio playing in one of the offices. Shaking off the rush of adrenaline, Mitch pushed away from the wall and rounded the corner, only to come to a dead stop when he saw the fan of light spilling from the office at the very end of the hall.

Two things he knew for certain: the radio hadn’t been playing when he’d made his post-closing rounds, and that door on the end of the corridor hadn’t been open. He let the barrel of the flashlight slip through his fingers until he gripped the lamp. Wielding his only weapon like a club, he crept toward the door as silently as a guy who clocked in at six-four and two-ten could. Just outside the office, he caught a flash of movement inside the room and quickly pressed his back to the wall.

“About time you showed up.”

A woman. The intruder was a woman and she’d been expecting him. Irked by the presumptuous amusement in her tone, he stepped into the open doorway, prepared to let her have it, and almost swallowed his tongue. Screw the flashing red lights. Alarm bells clamored in his head the moment recognition clicked. Kelsey Tecato. Artist in Residence. Painter of hard-on-inducing nudes. Live and in person, standing in the Templeton Museum after hours.

And naked as the day she was born. 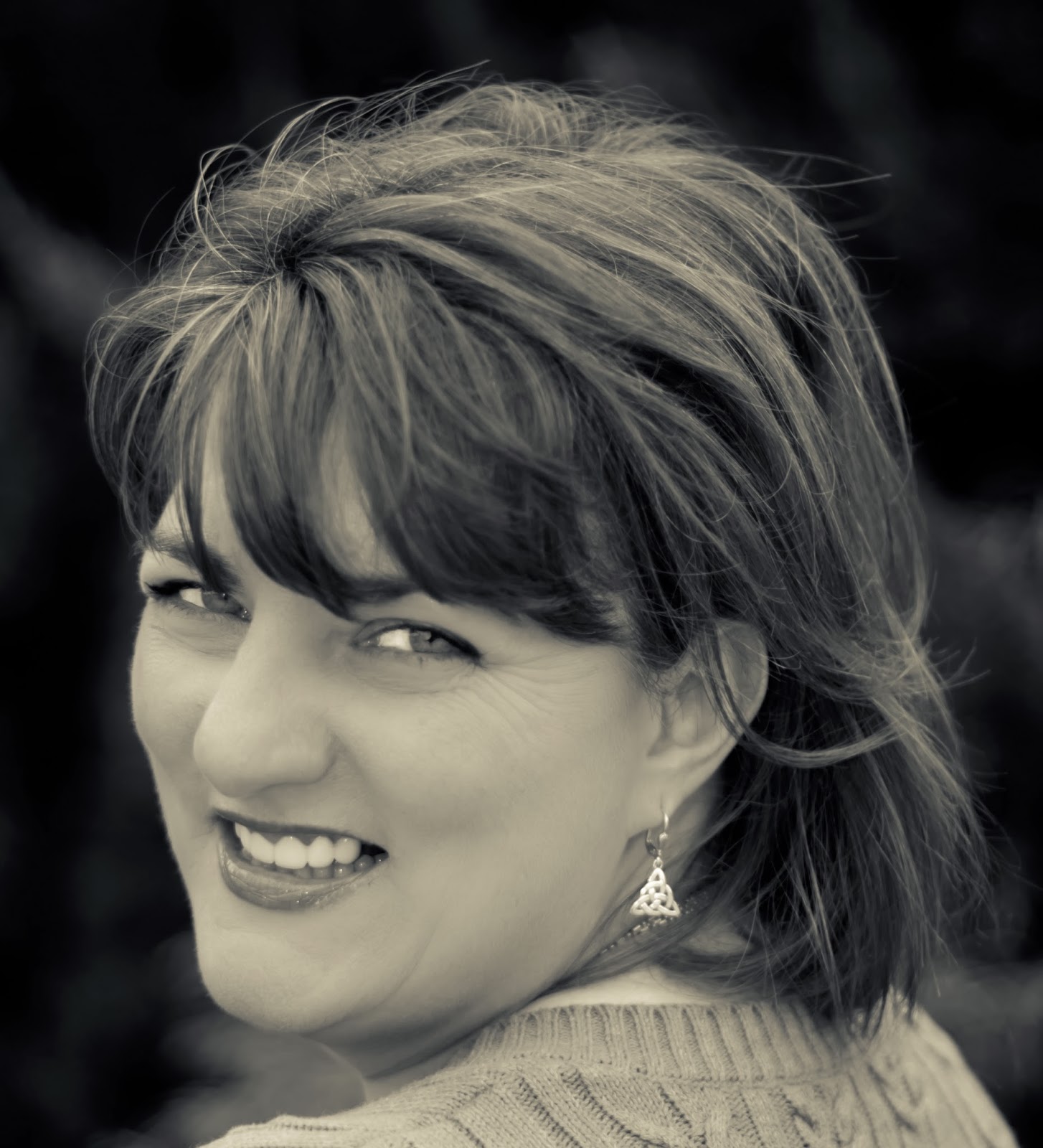 Maggie Wells is a deep-down dirty girl with a weakness for hot heroes and happy endings.

By day she is buried in spreadsheets, but at night she pens tales of people tangling up the sheets. The product of a charming rogue and a shameless flirt, this mild-mannered married lady has a naughty streak a mile wide.

Fueled by supertankers of Diet Coke, Maggie juggles fictional romance and the real deal by keeping her slow-talking Southern gentleman constantly amused and their two children mildly embarrassed. They are the food purveyors to three dogs, a passel of fish, and one impertinent house rabbit she claims is the love of her life. Shh. Don’t tell her husband.