Welcome to the cover reveal for Lindsay Avalon's Waking the Phoenix. 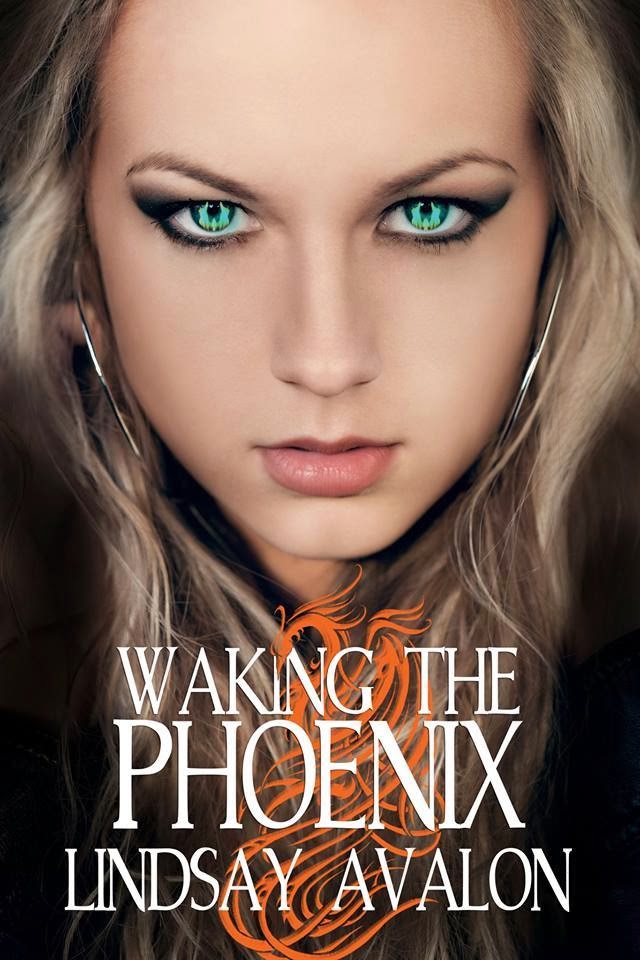 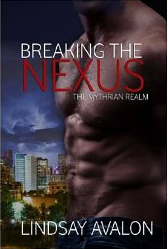 Chapter 1:
Death stalked his dreams. It shouldn’t have shocked him, not after his years as a homicide detective. But this time, something was different. It hadn’t been the grisly murder-suicide from the night before, though he’d expected those deaths to haunt his dreams. A young mother, barely twenty, had killed her baby daughter then herself. No, he corrected himself, she had shredded that poor little girl before slitting her own throat. No one could explain what had turned a seemingly happy young woman into a brutal murderer, but the images of wading through the river of blood had tormented him as he’d headed home from the precinct.

That would have been horrific enough. But this? This was something he never could have imagined.

Disjointed images bombarded him, nightmarish scenes of battles between creatures that couldn’t exist. Cries of pain and fear reverberated through a forest of strange, twisting trees, nearly drowning out the clash of steel, the sickening crunch of bones breaking, the wet ripping of flesh giving way.

What the hell was going on?

Connor Flynn considered himself a practical man. Having worked too many gruesome crime scenes over the years, it wasn’t unusual for his dreams to be twisted. Yet he couldn’t remember a single instance when his mind had conjured up anything like this.

The beings locked in battle were illuminated by flashes of brilliant color light, seeming to originate from something that looked human, but couldn’t be. No human could produce such effects outside of movie magic, not even his Wiccan sister. That had to be it, This was a movie. What else explained the hulking beast attacking the two figures? One was definitely female, the other male.

Another crash shook the ground beneath Connor’s feet and he watched as the woman, her golden hair streaked with blue, turned to shout at the man in a strange language. Panic coated her voice, her vivid blue eyes wild with terror. And determination, Connor realized. His body inexplicable strained toward her, every fiber of his being wanting to offer aid to them but he was held in place by invisible bonds.

Before him, the air seemed to part, flashing symbols glowing faintly. The woman was oblivious to the new danger behind her and he opened his mouth to shout a warning.

The words died on his tongue as once more the earth heaved beneath him, tossing him to the ground as little more than a rag doll. Pain exploded as his head struck something sharp and his vision dimmed. His eyes swept the ravaged landscape for the woman, but all he could see was devastation. More figures flooded into the clearing moments before Connor gave up the battle to stay conscious.

He awoke with a start, sweat coating his body, his chest heaving as if he’d just run a marathon. His head throbbed and he reached up, tentatively running his fingers across the area he had hit in his dream. What was he doing, he wondered. Of course there wasn’t anything there. It had been nothing more than a vivid nightmare. Wincing as he brushed a tender area near the back of his head, he stared in shock at the traces of blood on his fingertips.

Flinging the tangled sheets aside, he stumbled to the bathroom to splash cold water on his face. There was a perfectly logical explanation for that. He must’ve hit his head on the nightstand and his mind had inserted the pain into the dream. Yes, that was it. That made sense.

Yet, as he stared at his reflection in the mirror, his eyes bloodshot and weary, the dark stubble covering his jaw glistening with droplets of water, he couldn’t shake the image of the woman from his mind. Her fierce gaze as she fought against a beast that had easily been several times her size. Hands clenching into fists to stop the instinctive desire to reach for the memory, he shook his head. Before he could berate himself for a fool, his phone rang.

Bare feet padded across the floor and he dug through his pants, searching for the phone. Glancing at the display, he sighed. Dispatch. Despite Thanksgiving fast approaching, murder refused to take a vacation. 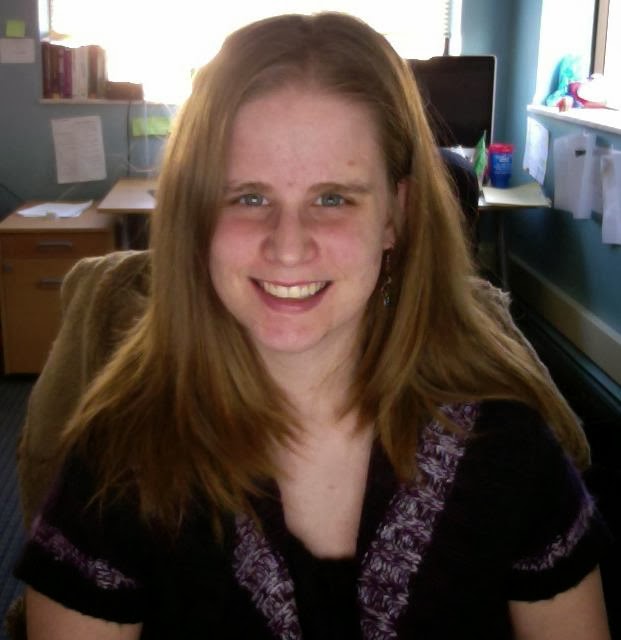 I am a wife, a programmer, and now an author. I have an adorable mini Schnauzer and more books than I have room for. I love reading romance because no matter what may be happening in my life, I can always count on my books to end happily ever after. The day I met my husband was the day I truly began believing in happily ever after. After hearing me complain a few too many times that I had "nothing" to read despite the hundreds of paperbacks scattered around the house, my husband began suggesting I write my own stories. When I finally took his advice I discovered that although I enjoy my day job as a software engineer, my true calling is to be an author.

My sister drilled into me an appreciation for fantasy and mythology, something I try to bring to my books. My debut novel, "Breaking the Nexus", started as a book written for NaNoWriMo and has grown to so much more. It was the conduit that introduced me to a fantastic group of independent authors who have changed my life in unimaginable ways.

When I'm not writing, I've found a passion for blogging and interviewing fellow authors. I also love reading (of course!), baking, crochet, sewing sock monkeys, playing video games, and all sorts of random crafts. I have an incurable love of rubber duckies and stuffed animals, and I believe nobody should have to grow up if they don't want.
Facebook: https://www.facebook.com/author.lindsay.avalon