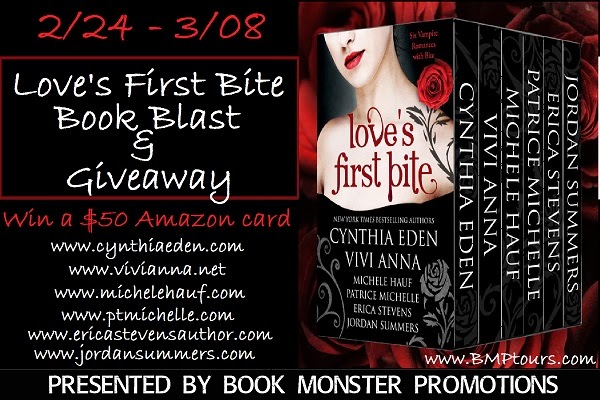 Thanks for stopping by today! Welcome to my stop on Love's First Bite Book Blast & Giveaway!!! 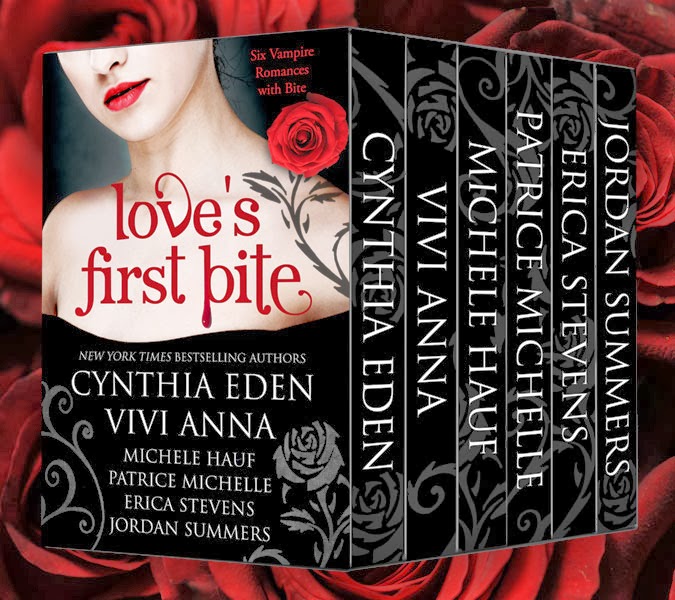 
Six bestselling authors who know how to bring the heat and the darkness present six vampire romances with BITE.
900 pages of sexy vampire goodness.


The Wolf Within by New York Times Bestselling author Cynthia Eden – FBI Special Agent Duncan McGuire spends his days–and his nights–tracking real-life monsters. After a brutal werewolf attack, Duncan begins to change…and soon he becomes one of the very beasts that he has hunted. Dr. Holly Young is supposed to help Duncan during his transition. It’s her job to keep him sane. But the growing desire between them could be a very dangerous thing…because when a vampire and a werewolf mate…their dark need may become an obsession that could destroy them both.


The Vampire Affair by New York Times Bestselling author Vivi Anna – Mak, an unconventional journalist, risks everything including her job to get the goods on billionaire businessman Jonathan Devane, a man who enthralled her for a single passionate kiss months prior, a man who makes her blood race, a man with dark secrets…


The Dark’s Mistress by Michele Hauf – Beguiled by the devil Himself, her only hope was the vampire who could not love her dark and tainted heart.
Blu and Creed’s daughter, Kambriel has come to Paris to ‘find herself’ and finds more than she bargained for when the man who seduces her with extravagant gifts and fine things reveals his true nature. Now she is desperate for freedom.

Johnny Santiago falls for the beautiful vampiress singing at Club l’Enfer, yet he doesn’t expect his rival to be the devil Himself. Can he rescue Kam from the dark prince before she loses her soul and forgets everything and everyone she has ever cared for?


A Taste for Passion by Patrice Michelle – Rana Sterling finally meets the man of her dreams and boy does he know how to push all the right buttons. Only, Mr. Tall, Dark, and Too-Good-to-Be-True turns out to be just that–he’s beyond her world.

After searching seventy years for his reincarnated fiancé, Lucian Trevane finally finds his mate in Rana, but with time working against him and a vengeful vampire determined to destroy the one ray of happiness he’s found, Lucian will have to call upon all his vampire skills and beyond in order to protect Rana and draw her fully into his world.


Captured by Erica Stevens – Captured, taken from her beloved family and woods, Aria’s biggest fear is not the imminent death facing her, but that she will be chosen as a blood slave for a member of the ruling vampire race. Aria’s world is turned upside down when the vampire prince Braith steps forward to claim her. Torn between her loyalties to the rebellion, and her growing love for her greatest enemy, Aria struggles to decide between everything she has ever known, and a love she never dreamed of finding.


Paris After Dark by Jordan Summers – NY homicide detective, Rachel Chang is on a forced leave in Paris grieving over the loss of her partner, when she comes upon a violent attack outside the walls of Cimetiere du Montparnasse. A simple domestic dispute quickly turns into something far more sinister, when Rachel ends up on the wrong side of some very sharp fangs. 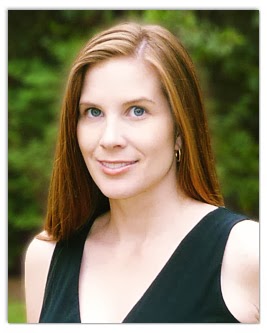 Award-winning author Cynthia Eden writes dark tales of paranormal romance and romantic suspense. She is aNew York Times, USA Today, Digital Book World, andIndieReader best-seller.  Cynthia is also a two-time finalist for the RITA® award (she was a finalist both in the romantic suspense category and in the paranormal romance category). Since she began writing full-time in 2005, Cynthia has written over thirty novels and novellas.

Cynthia is a “hybrid” author. She has published extensively with New York (her New York publishers include Kensington, Grand Central, and Harlequin), and she has also enjoyed success in her indie writing career.

Cynthia lives along the Alabama Gulf Coast. She loves romance novels, horror movies, and chocolate.  Her favorite hobbies including hiking in the mountains (searching for waterfalls) and spelunking. 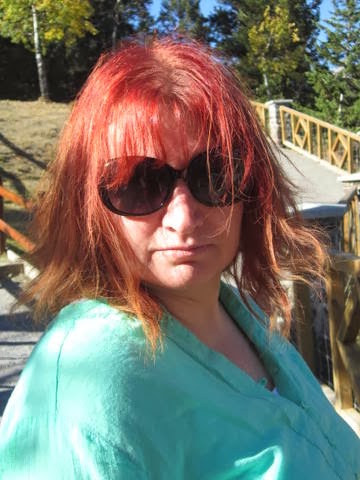 A BAD GIRL at heart, Vivi Anna likes to burn up the pages with her original unique brand of fantasy fiction. Whether it’s in ancient Egypt, or in an apocalyptic future, Vivi always writes fast paced action-adventure with strong independent women that can kick some butt, and dark delicious heroes to kill for.

Once shot at while repossessing a car, Vivi decided that maybe her life needed a change. The first time she picked up a pen and put words to paper, she knew she had found her heart. Within two paragraphs, she realized she could write about getting into all sorts of trouble without suffering the consequences.

When Vivi isn’t writing, you can find her causing a ruckus at downtown bistros, flea markets, or playgrounds. 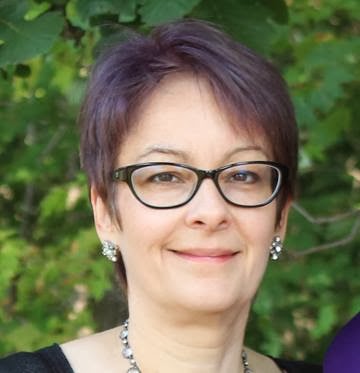 Michele has been writing romance, action-adventure and fantasy stories for over nineteen years. Her first published novel was DARK RAPTURE.

France, musketeers, vampires and faeries populate her stories. And if she followed the adage 'write what you know', all her stories would have snow in them. Fortunately, she steps beyond her comfort zone and writes about countries she has never visited and of creatures she has never seen. 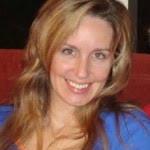 P.T. Michelle is the young adult and new adult pseudonym of Patrice Michelle, author of fifteen romance novels and novellas. When P.T. isn’t writing, she can usually be found reading or taking pictures of landscapes, sunsets and anything beautiful or odd in nature.

P.T. is an American living in France (for now  ), and when she’s not writing, her other passion is photography. She often shares her snapshots of her adventures on her Facebook page.

P.T.’s FB page is also where she spends most of her time interacting with readers and talking about her favorite subject, books.  She hopes you’ll join her. 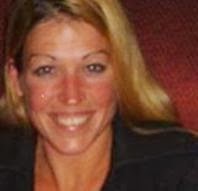 My name is not really Erica Stevens, it is a pen name that I chose in memory of two amazing friends lost too soon.  I was born in New York and moved to Mass as a child. I spent my time growing up between NY and Mass so I have some interesting times when sports games roll around. I was fortunate enough to marry my best friend over two years ago and I don't know what I'd do without him. I have a large, crazy, fun loving family that just loves to laugh. My parents are the strongest people I know. I have an older brother and sister, and a younger sister, who have blessed me with many nieces and nephews and great nieces and nephews. I am nowhere near as old as the great nieces and nephews make me sound. I love to read and have wanted to be a writer since I was nine years old. 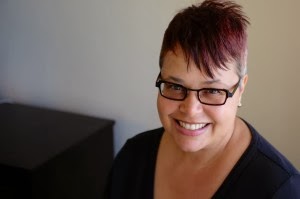 Jordan Summers finished her first book in 2002. It was a finalist in the ‘Daphne Du Maurier’ contest the same year. She went on to sell eight fantasy books to Ellora’s Cave Publishing and has enjoyed success with her Atlantean’s Quest series and her Phantom Warriors.

In 2003, she entered the Lori Foster/ Kensington Brava contest and won the Reader’s Choice. The win led to a multi-book contract from Kensington Publishing. Jordan also won the Harlequin Blaze Published Author contest in 2005 and garnered another book deal. During the same year, she submitted a dark paranormal romance to Tor and landed a three-book deal. RED was the first book in her Dead World trilogy. It was followed by SCARLET and CRIMSON. She has gone on to sell stories to various anthologies, including the Horror Writer’s Association anthology, BLOOD LITE 2.

Jordan has twenty-nine published books to her credit and has sold over 120,000 ebooks. She is a member of Novelist Inc., International Thriller Writers, Horror Writer’s Association, and Science Fiction and Fantasy Writers of America.

a Rafflecopter giveaway
Posted by Unknown at 12:02 AM