Welcome to my stop on BTB Victoria Bernadine's A Life Less Ordinary Bookshelf Tour and Giveaway. Make sure to visit the other stops and fill out the rafflecopter for your chance to win.


Thank you for hosting me today! I’m very excited to be here!
A Life Less Ordinary began its life as scripts for a 13-episode mini-series.
Well.
Not seriously.
I wrote the scripts for the now-defunct ScriptFrenzy challenge (write a 100 page script in 30 days), and once I had the idea and cast list, the writing flowed like water. One of the things I realized as I worked through the challenge, however, was that writing the first draft as a series of scripts for television episodes really forced me to pay careful attention to the structure and content of each “episode”. As I was working on that very first incomplete draft, I eventually realized there were several things I wanted to accomplish.
I wanted to have a lot of fun, of course, and hopefully take the audience along for the ride. I wanted Manny and Zeke to change because of each other, but not for each other. I wanted each character to be complete, in and of themselves, and I wanted each character (or pairing) to have a substantial story of their own. I didn’t want them to simply be comic relief, or there just so there were more than two characters. I also wanted the three main women (Manny, her sister Daisy, and their best friend Rebecca) to be very close even though they each took very different paths in life.
These goals evolved into a book with five major storylines winding their way through the episodes. To get there, though, meant I had to do far more planning than I’d ever done for a story before. In the end, each episode had a theme (no matter how vague), a specific beginning, middle and end, and each storyline advanced at least one step in each episode.
Getting there hurt my head – because damn it, Jim, I’m a Pantser not a Plotter! - but I definitely learned the value of a spreadsheet to keep track of what was happening when. I hope the end result makes for a deeper, more entertaining story. 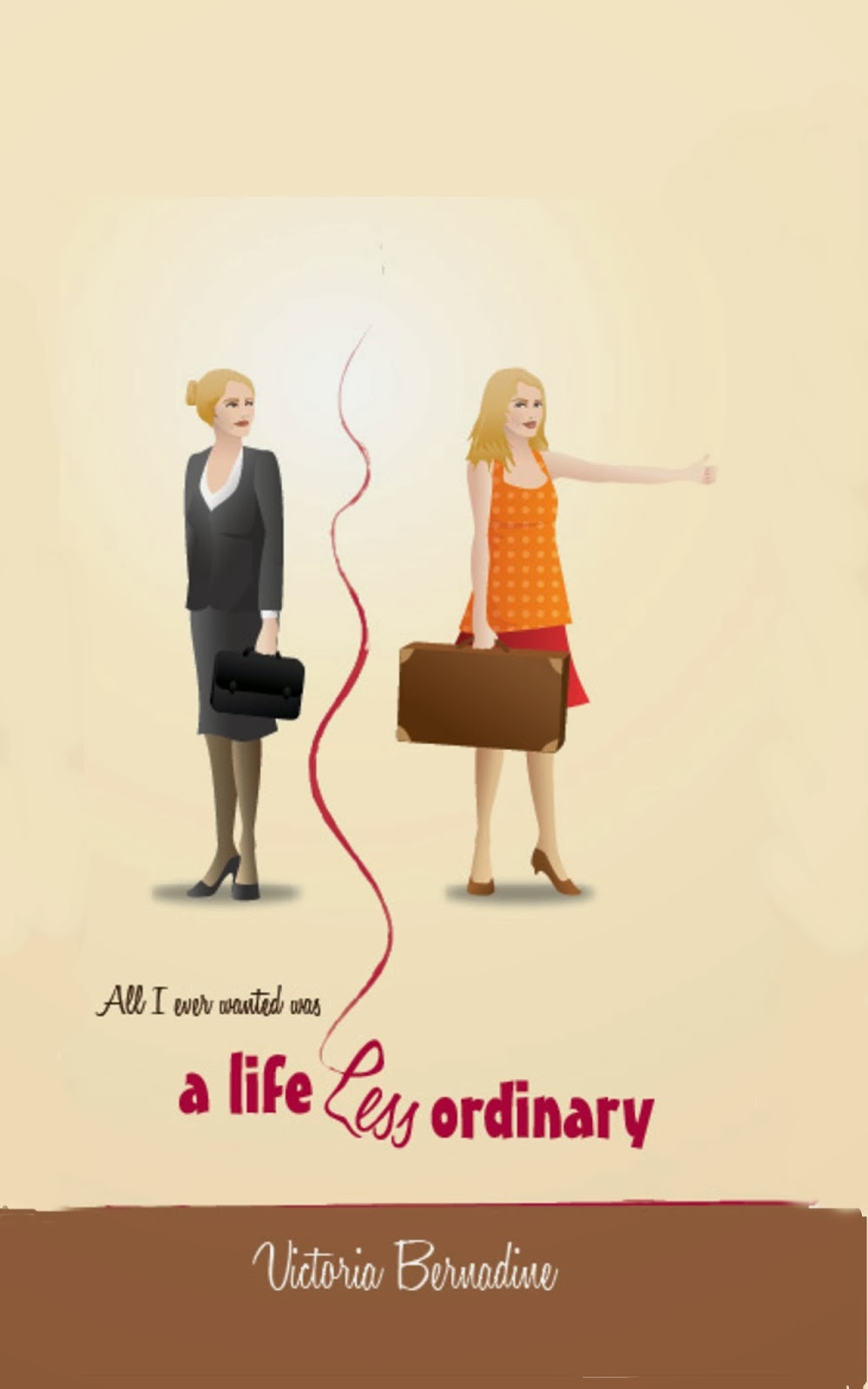 Blurb:
For the last fifteen years, Rose “Manny” Mankowski has been a very good girl. She turned her back on her youthful fancies and focused on her career. But now, at the age of 45, she’s questioning her choices and feeling more and more disconnected from her own life. When she’s passed over for promotion and her much younger new boss implies Manny’s life will never change, something snaps. In the blink of an eye, she’s quit her job, sold her house and cashed in her pension, and she’s leaving town on a six month road trip.

After placing a personal ad for a travelling companion, she’s joined in her mid-life crisis by Zeke Powell, the cynical, satirical, most-read – and most controversial – blogger for the e-magazine, What Women Want. Zeke’s true goal is to expose Manny’s journey as a pitiful and desperate attempt to reclaim her lost youth – and increase his readership at the same time. Leaving it all behind for six months is just an added bonus.

Now, armed with a bagful of destinations, a fistful of maps, and an out-spoken imaginary friend named Harvey, Manny’s on a quest to rediscover herself – and taking Zeke along for the ride.

Manny laid in bed, staring up at the ceiling and waiting for sleep. She plucked restlessly at the blanket and wished she could relax. Tomorrow was Steph’s first staff meeting. Today she’d reacquainted herself with everyone in the office then spent the rest of the day with Manny being briefed on the details of the work of the branch and any current issues she’d need to resolve within the next few days. That meant Manny’s own work had been delayed, and tomorrow it would be delayed again–and Manny would have to leave early in order to meet Rebecca and Daisy at the lounge for drinks before heading to the club.

Manny took a deep breath and slowly let it out. It wouldn’t be too bad, she staunchly told herself. Steph was young, energetic, and had a shrewd intelligence almost obscured by the cleavage-revealing shirts, short skirts and a figure that could stop traffic–and probably did. Manny wondered if Craig truly understood what he’d gotten himself in for by promoting Steph rather than Manny.

She mentally rolled her eyes at Harvey’s dry, cynical tones.

Maybe–but that’s not really fair to him, is it? He’s not a bad guy.

But he is just a guy.

She does bring a new perspective–a new way of thinking about things. She’s not a bad choice–and I can’t argue with Craig’s idea that shaking things up could make things better.

And where does that leave you?

No worse off than I was before.

If you’re not going to be helpful…

Harvey glanced down at his suddenly ruffled shirt opened to the middle of his muscled chest and skin-tight breeches. He glanced back at her with a ruefully amused smile.

Watched the Ice Pirates again, did you?

Oh, shut up–it’s a classic no matter what anybody else thinks!

I’m just sayin’–if I was real and regularly wore pants this tight, I’m not sure I’d be of any use to you. If you know what I mean.

Manny groaned and shook her head, and Harvey blinked out of existence. She wondered when she’d managed to lose control of a figment of her imagination–one she’d eventually felt compelled to name after an invisible rabbit.

She groaned again, rolled over and pulled the covers over her head. It was going to be another long day tomorrow.

Author Bio:
Victoria Bernadine (a pseudonym) is, as the saying goes, a “woman of a certain age”. After twenty-something years of writer’s block, she began writing again in 2008. Victoria enjoys reading all genres and particularly loves writing romantic comedy and post-apocalyptic science fiction. What those two have in common is anybody’s guess. She lives in Edmonton with her two cats (The Grunt and The Runt). A Life Less Ordinary is the first novel she felt was good enough to be released into the wild.

Entry-Form
Posted by Unknown at 12:03 AM