Frankie Blooding-Steampunk With Heart: Things We Love About Steampunk 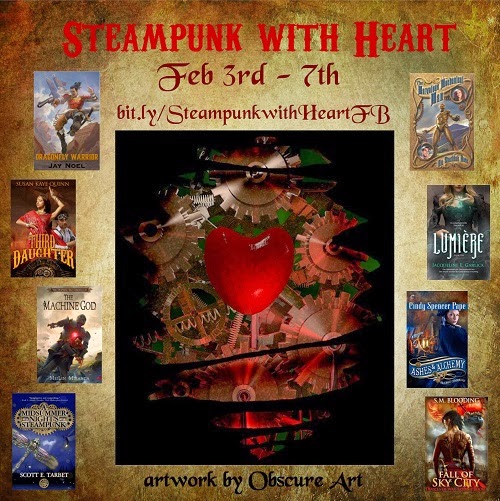 Steampunk with Heart: Things We Love About Steampunk - Multicultural, Adventure, and More
with Jay Noel and SM Blooding
**see bottom of post for steampunk giveaways**
**see Steampunk With Heart Page for Facebook Party schedule**
Today we have S.M. “Frankie” Blooding and Jay Noel on the blog. Jay is a sales warrior by day and a writing ninja by night who, as you’re about to find out, is a steampunk aficionado. He’s the author of Dragonfly Warrior, which is receiving rave reviews! Ms. Blooding is a huge fan of adventure and high-flying geekery. She’s the author of her bestselling books, Fall of Sky City and Knight of Wands.
They’re here to tell you in their own words what makes steampunk awesome—from the multi-cultural new wave to geek-ridden adventure. 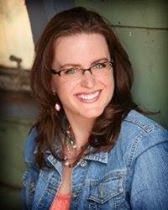 Frankie: When I first discovered steampunk, it was through the romance genre. I don't remember which one it was. I just remember reading it and going, "Dear Writing Gods, this is fracking brilliant!" Then I decided I'd take it into my own hands, throw out the dash of London, toss in a pinch of the rest of the world, and then kick us off the planet entirely. Rub it with a fair shake of adventure, severely twist the romance until it disappeared, and called it good.
The excitement of discovery prevalent in the dawning of the Industrial Age was intoxicating. We're talking about an entire generation who dare to dare. That was what I wanted to take from it, the thing that drew me into the genre. What was it for you? 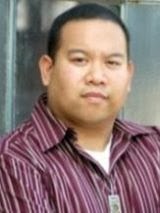 Jay: Wow, my discovery of steampunk was quite different. I grew up reading H.G. Wells and Jules Verne (which I blame on my 4th grade teacher assigning The Time Machine for my book project). My love for this kind of literature never wavered even into adulthood, and I continued to read the classics. For me, it was the gorgeous mesh of old world and new. The scientific with the magical. I vowed that one day, I would write a novel with the same themes and settings I enjoyed.
One day, a fellow blogger used the word STEAMPUNK in a post. We've been following each other's blogs since 2005, and she had never used that word before. So I Googled it. It was an epiphany. I couldn't believe there was an actual term for the things I loved. Now, it sounds like you were attracted to the "modern magicians" of the Industrial Age. What is it about that time period you wanted to explore?

Frankie: I wish I could wear that Medal of Honor in saying that my structure was built around Jules Vern and H.G. Wells. I do. I'm still catching up, though. I gotta be honest. When I was a kid, I was so into high fantasy, I didn't want to read anything else. As long as there was a magician, a magic sword, or a dark prophecy, I was happy. LOL!
The thing I love most about steampunk is the science, the “modern magicians” as you called them. I've been reading the theories that formed from that era. There are a lot that were thrown out because tycoons couldn't find a way to make money from them—like sending electricity freely through the air. A lot of really fabulous inventions that never saw the light of day because of money. So what I enjoy is taking some of those theories and putting them into practice in my world.
I'm really hitting it hard with the regenerative power. When people with money are at the controls, they want to sell you something that forces you to come back again and again and again. What happens if they sell you something that can basically run on its own waste? Those people lose power.
In order to live in a world like this, I had to create a different governing system. Capitalism isn't it. They barely have money as a means to buy things. They have other measurements of power and societal survival. So when I think steampunk, I think "alternative technologies", not necessarily "alternate history". Looking at the history—what really went on and the real people who shaped the world we live in today—really gave me a lot of fodder. History is so neat.
Just...OMW (Oh my word)! The fire and the passion and the sure faith that generation had. That was another thing I wanted to capture. They were a generation of rebels, ready to break away from the boxes that had been placed over their minds. They wanted to shoot for sky and they did. The people and what they accomplished are so inspiring.
What are some of your favorite steampunk elements?

Jay: I love history too, so that has to be one of my favorite aspects of steampunk. But it's fun to create an alternative history, taking what really happened and taking it to a whole new place. That's really what speculative fiction is all about. The power of asking the question: "What if?"  The Industrial Revolution changed every single aspect of daily life for everyone. What if steam power technology continued to develop. Or what if machine-building had evolved at a faster pace? It's such a HUGE playground to create in.
Of course, I also love the aesthetics of steampunk. It's just so cool. I'm attracted to the anachronism of it all - blending high tech with the 19th century. Every science fiction/fantasy convention I go to, people are dressed in steampunk gear. I see more and more of it every year. Steampunk has become its own artistic movement. From sculptures to fashion, steampunk is its own category of art.
And it's continued to evolve beyond the Victorian. Exploring world cultures and combining it with steampunk elements gives this genre even more substance. Some call the movement "Beyond Victoriana." Many have moved beyond Victorian England as a setting for their steampunk stories, and placed them in other cultures. What do you think of this new wave of multicultural steampunk, and where do you think it’s going?

Frankie: OMW! I'm ON that wave! There's a whole other part of the world, and they had some fairly brilliant people, too.
The whole Victorian thing, I think, was led by the clothes. The corsets and the spats, etc. You don't really get that in other cultures of steampunk because they had clothes that were much more sensible for adventure. Have you ever run in a corset? Try fighting on a sinking airship in one of them. I dare you. And high heels? Please! Yes, they're quite lovely and make your ruffle-covered butt look perky, but they're a disaster in the air. What about those adorably dashing top hats? Have you ever tried to wear one in a blustering wind? If you can't successfully wear one there, how in the world could you wear one on a ship that resides in air streams much windier than that? So, the "rest of the world steampunk" isn't as pretty in that manner, but it's so artistically gorgeous in other ways.
Of course, I think I've taken this "Beyond Victoriana" wave and driven it past the industry norm. There are a lot of readers who think steampunk should only be Victorian, only be in England, and only be on this planet. My books are Asian and Middle-Eastern steampunk, and we're not even on the same planet. But it's fun.
Well, we should probably stop there. We could go on and on and on about what we love about this genre! Thank you so much for having us! We’d love to hear what you love about steampunk! Drop us a comment! 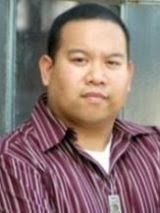 Jay Noel: After doing some freelance writing and editing for more than a dozen years, Jay decided to stop procrastinating and pursue his dream of being a novelist. He's been blogging since 2005. Jay spends his days working in medical sales, but he can be found toiling over his laptop late at night when all is quiet. He draws inspiration from all over: H.G. Wells, Jules Verne, Shakespeare, Ray Bradbury, Douglas Adams, and Isaac Asimov. You can find Jay at his website.
Dragonfly Warrior
Kindle | Nook | Print
The tyrannical Iberian Empire is bent on destroying his kingdom, and Zen must live up to his nickname, the Dragonfly Warrior, and kill all his enemies with only a sword and a pair of six-guns. He is called upon to somehow survive a test of faith and loyalty in a world so cruel and merciless, it borders on madness. 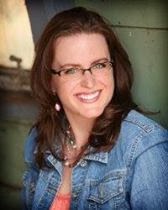 SM Blooding lives in Colorado with her pet rock, Rockie, and Ms. Bird who is really a bird. The guitar and piano have temporarily been set aside. She's learning to play the harmonica. The bird is less than thrilled. Her real name is Stephanie Marie (aka SM), but only family and coworkers call her that, usually when they’re screaming at her. Friends call her Frankie. You can find out more about her and her writing at her website.

Fall of Sky City (Devices of War)
Kindle | Print
When Synn El’Asim is captured, his Mark is brutally awakened. He finds himself the most powerful Mark, and quickly becomes a coveted weapon in the war between the Great Families and the Hands of Tarot. However, only he can decide how he will be used to shape the lives of all the tribes.
ENTER TO WIN
a Rafflecopter giveaway
Posted by Unknown at 12:00 AM