Welcome to For Whom The Books Toll!!!  Today I'm hosting CBP-Lea Barrymire's Willie Krenshaw Series Blog Tour. So, relax, stay a while and have some fun looking around the blog. 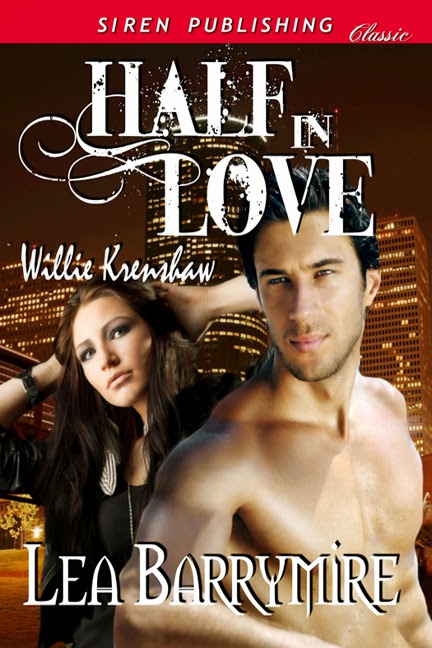 Blurb:
Willie Krenshaw wanted nothing more than a few minutes watching the waters of Lake Erie after a long workday. What she ended up with was a drugged male vampire and an itch to be a Good Samaritan.

When her inner kitty starts sniffing around at the male she's helping, she knows Fate's evil sense of humor is in full swing. Being a shifter-vampire hybrid is hard enough, but having a male vampire as her fated mate is just too much.

Nickola, the vampire she assists, finds her breathtaking and does all he can to push Fate's agenda.

Stephen is the male vampire Nickola is investigating for the Council. He takes aim at the couple, intent on pulling Nick to his side or killing him. Between Stephen's scheming and the Council's interest in Willie, can they survive the chaos long enough to test the depths of their passions?


Strong arms made her feel safe, secure, and treasured. This was so different than the harsh mauling she endured earlier when the rage rode him. This was how a woman should feel in the arms of a man she was attracted to. Their breath mingled as he deepened the kiss, twining his tongue with hers. She was overwhelmed and on the edge of losing control. She kept her hands fisted in his coat, fighting the urge to wrap her arms around his neck and hold him tightly against her body. His lips burned a hot trail across hers, leaving heated and aching flesh behind. Lips moved slowly along her jaw and nipped at her earlobe. A sharp canine bit into the flesh. Pain and pleasure flashed through her mind. He licked the hurt before taking her mouth again in a bruising, captivating kiss. She moaned into his mouth when he sucked her lower lip into his mouth, nipping and licking his way across her mouth. Slowly her control slipped as the heat he created replaced her nervousness with need. She wasn’t focused anymore on what Nick was, just that he was the male that her animal wanted. Hell, if she was honest with herself, he was who she wanted. She wanted to delve into his mouth, suck his tongue into her mouth, taste every inch of his body. She wanted to wrap her body around his and invite him into all of her intimate places.
Her cougar was at the edge of her conscious mind, growling and pacing, looking for a way to take control and mark her mate. The cat was purring so loudly that Willie couldn’t hear anything else. The sound was making thought impossible. Her canines itched to elongate and take a nip at this male that had her at such odds with herself. Her clit was throbbing in time to her heart beat. Moisture was pooling in her slit, and the need to be filled by Nick was threatening to tear her sanity apart. She wanted to bite him, to leave her possessive mark on his body. The need to claim him as hers, so no other female would approach him, rushed through her. A growl rumbled in her chest before she could stop the sound.
“Easy. Keep it together, Willie. They’re already starting to leave. Just another minute or two and we can leave.” Nick’s voice was rough with passion as he breathed the words into her ear. A shudder raced through her body from the intimate sound. She wanted to hear him talk dirty to her in that voice. She wanted to hear him yell her name in passion with that voice as they climaxed together. “I’m trying to keep your scent covered with mine so they don’t catch a whiff of your shifter side. You need to keep a handle on your animal because your scent is changing. Gods, but you smell hot and wet.” 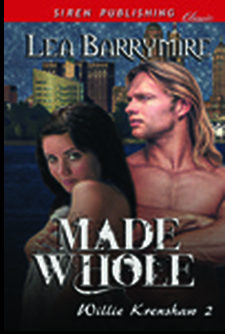 Blurb:
Renae Gioli isn’t looking for adventure but it finds her in the form of an Italian speaking man named Alexandre DiMassone. The moment she hears his voice in a crappy dive bar she’s entranced. His strange behavior on the dance floor leaves her hot, wanting, and scared.

He’s captivated by her eyes and even as he fights it the vampire can’t help himself. Can he push aside his jaded attitude and embrace what Fate has given him before he loses her? His obsession spells trouble and lust for her. Kidnapping her was never in the cards, but he doesn’t have the willpower to let her walk away.

Rogue vampires, cougar shifters, and more intrude on their time. Can she forgive him for forcing his will on her and changing her entire life in a single bite? His arrogance knows no bounds but she catches a glimpse of the confusion beneath.


“If you continue marking me I’ll be forced to get you naked and screaming again.”
She didn’t know if he was trying to joke with her or not, but she was completely on board with getting naked and sweaty with him. Her body craved him already. If she could keep him in bed forever she would. To answer his threat she dug her nails harder into his back and moaned a little while she raked them across his skin.
Alex leaned back, and she tried not to grin at the feral light gleaming in his glowing eyes. She obviously didn’t cover her smile well enough. “You tempt me on purpose? Oh, cara, you could drive angels to throw themselves from the heavens. Get naked before I rip the clothes from you.”
She gasped when he was gone from the bed. One moment he was looking down into her eyes, the next he was standing by the other side of the room. She watched him peel his pants and shirt from his beautiful body. A growl and nod brought her from her staring. Right. Get naked. She scrambled to comply, pulling off her shirt and bra in one movement.
The moment she was completely unclothed Alex was there, wrapping his arms around her. His warmth felt wonderful against her skin. She sighed into the embrace.
“I meant to take you slowly this time, but I need you too much.” His voice was deep and echoing under her cheek.
“I need you too.” Admitting it brought heat to her cheeks, but she wouldn’t hide from the truth.
“Good.”
He had her on the bed under his body within a blink. His hands kept his weight off of her but his pelvis was cradled between her legs. She would have been embarrassed by how wet she was already but the feel of his hard shaft sliding through her slick folds tore all emotions other than lust from her mind. The head of his cock rubbed across her clit, and she bucked against him, trying to get more contact.
She wanted him inside her. Wiggling under him seemed to clue him into her desires because he tilted his hips enough to bring his engorged member to her opening. She was so wet it slid into her channel. She moved her hips trying to get him in farther and whimpered when he countered her action.

About Lea Barrymire
Lea lives in Western New York with her hubby, three children, and miscellaneous critters. Before the rugrats, she lived a life of adventure, following her husband all over Europe with the US military. She’s slept in a car outside Paris, drove six hours just to see tulips in the Netherlands, and knocked ash from her shoes at Pompeii. Now she spends her time in life’s adventures at soccer games, PTA meetings and school plays.
Lea has loved reading from a very young age, spending many sleepless nights devouring books. Science fiction and paranormal were her favorite genres to read as a teenager, and that love bled into her adult life. She started writing during a bout of insomnia, to fill time, and found it filled a creative void. Now she communes regularly with the characters in her head and tries not to laugh out loud when they say something funny.
When Lea isn’t reading, writing or corralling kids, she enjoys watching movies and sciencey shows, or just kicking back and listening to some music.

Find Lea on her:
Blog

The Giveaway:
$20 Gift Card to Amazon, Barnes & Noble, ARe or StrandBucks

Tuesday February 4
For Whom The Books Toll

Friday February 7
In The Pages of a Good Book

Wednesday February 19
All I Want and More