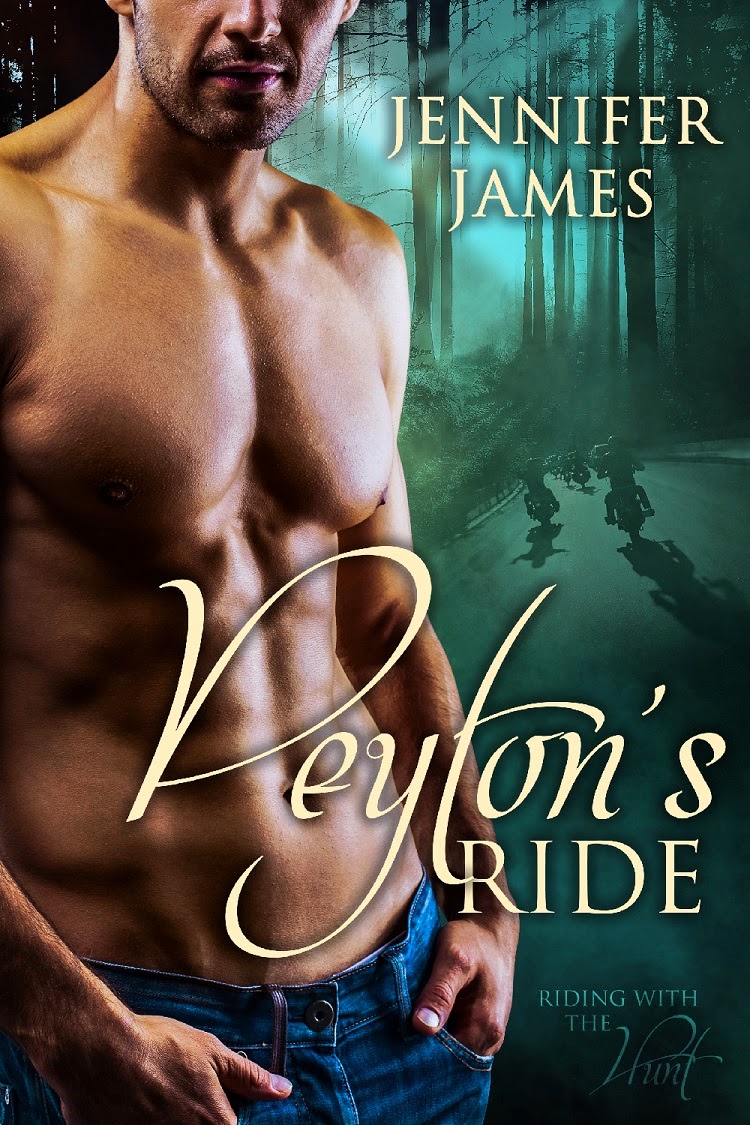 Divorcee Peyton Reynolds is ready to get out of town after her mother's death. A month long cross country ride on her Harley, free from her estranged family's judgement and the memories of her ex-husband's betrayal. A last check-up on her new cruiser leaves her alone in the garage with sexy town bad boy, Ian Coghlan.

Ian Coghlan knows he's nothing but bad news for a woman like Peyton. His killer affection has held him back from acting on a five year old attraction. One tiny grin in the gorgeous, curvy, brunette's direction and sockets start flying out of the tool boxes.

Pixie pranks abound, his old biker gang roars into the parking lot...and that's only the beginning of the mayhem.

When Peyton is left bleeding to death, he has to decide if he can let her go or if he's willing risk her eternal hatred for changing her life forever.

For a girl whose first book was called “The Scariest Forest Ever,” the jump to romance may seem to be a far one. But a love of happy endings and the stories she kept making up in her head for strangers on the street lead to an unhealthy amount of time spent behind the keyboard typing away and giggling mischievously over sassy heroines, sexy heroes, and healthy sprinklings of geek humor.

With time split between a day job staring at teeth, two little girls, college courses, workaholic husband, and too many voices in her head, Jennifer still finds time to sneak off and devour all the books she can find – even if it means hiding in the closet to read them.

She insists on her jokes being dirty, drinks spiked, and tattoos placed in intriguing, muscular places you can only find when the clothes come off. 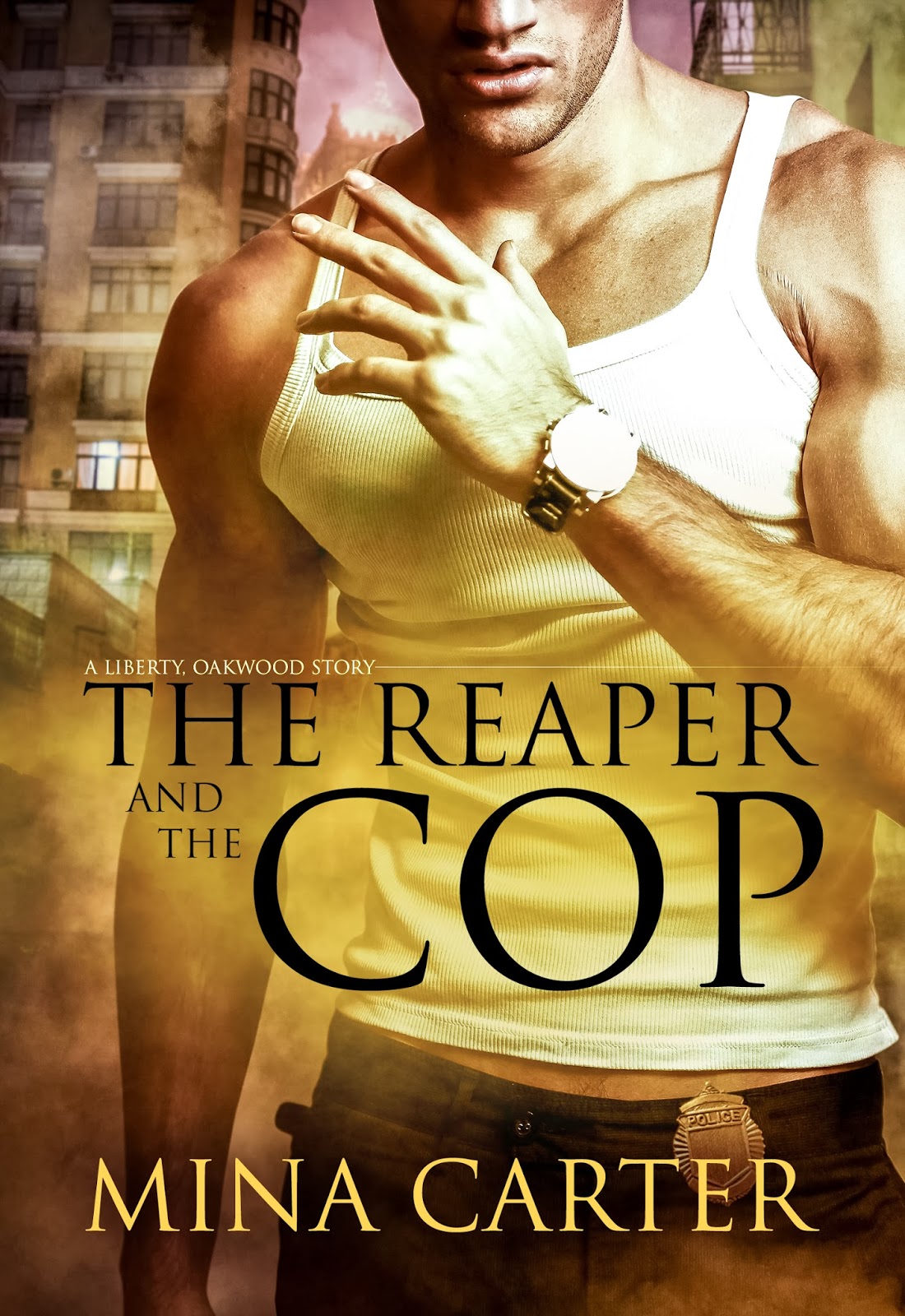 The Reaper and the Cop by Mina Carter

The latest in a long line of Reapers, Laney hits Liberty, Oakwood expecting the usual ‘reap and run’ type of job. However the small town holds far more secrets than she expects, including a sexy cop who blind-sides her reaper instincts big-time.

Liberty. It used to be a nice town until the things that go bump in the night moved in.

Detective Troy Regan moved to Liberty to claw back a little of his soul after working homicide in the big city. But the sleepy little down has problems of the paranormal kind and it’s police department have gone from calls about lost cats to Boggarts in the basement. Then the seriously nasty stuff moved in.

Sparks fly when a sexy Reaper meets a hot as hell Cop...

Troy’s not sure exactly what flavour of paranormal Laney is, but he doesn’t care. She’s tiny, delicate and gorgeous. When he finds a Lycan looming over her in an alley, all his protective instincts flare up. He needs to get her home, keep her safe…in his bed.

But is she the answer he’s been looking for to fill the empty spot in his heart, or the most dangerous creature he’s ever met?

Mina was born and raised in the East Farthing of Middle Earth (otherwise known as the Midlands, England) and spend her childhood learning all the sorts of things generally required of a professional adventurer. Able to ride, box, shoot, make and read maps, make chainmail and use a broadsword (with varying degrees of efficiency) she was disgusted to find that adventuring is not considered a suitable occupation these days.

So, instead of slaying dragons and hunting vampires and the like, Mina spends her days writing about hot shifters, government conspiracies and vampire lords with more than their fair share of RAWR. Turns out wanna-be adventurers have quite the turn of imagination after all...

(But she keeps that sword sharp, just in case the writing career is just a dream and she really *is* an adventurer.)

The boring part: A full time author and cover artist, Mina can usually be found hunched over a keyboard or graphics tablet, frantically trying to get the images and words in her head out and onto the screen before they drive her mad. She's addicted to coffee and would like to be addicted to chocolate, but unfortunately chocolate dislikes her.

There is a reveal wide swag giveaway provided by Jennifer and Mina. It ends. 2/14.

Join us for some FB fun and a Cover Reveal Party! Games, prizes, authors acting a little crazy. Guaranteed to be a good time. February 1st, 2014  6pm-10pm EST