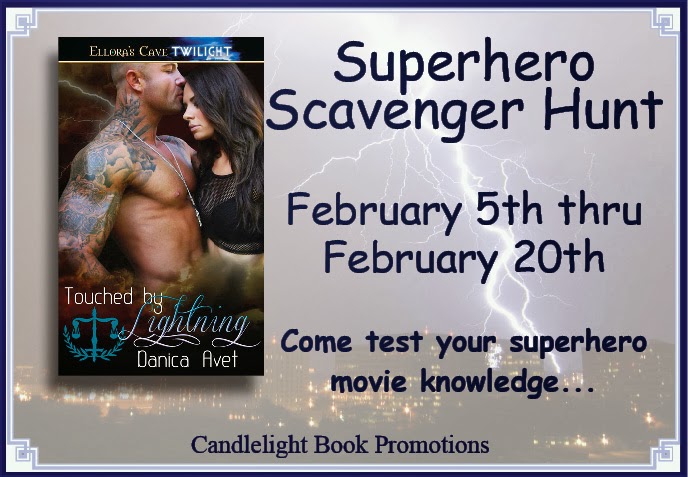 Thanks for stopping by For Whom The Books Toll. I'm hosting Danica Avet and her Superhero Scavenger Hunt today. Make sure and visit all the stops and fill in the rafflecopter for your chance to win. Have fun and good luck to everyone!

Superhero Movie Quote Scavenger Hunt:
There are 15 (fifteen) stops for this Scavenger Hunt. Each stop contains a picture/button with a superhero movie quote on it. You can enter the movie title for each quote in the Rafflecopter for additional entries in the giveaway. Good luck! 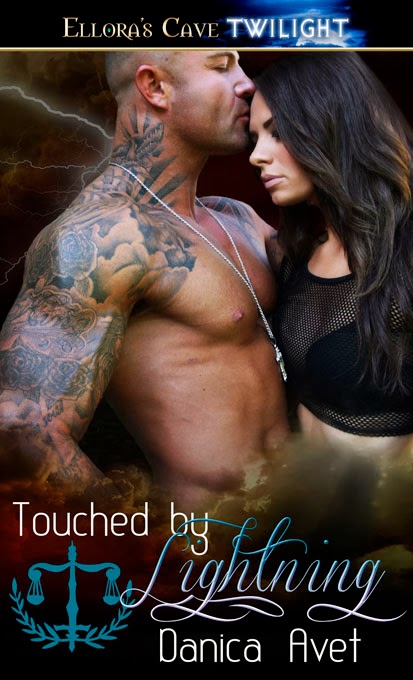 Blurb:
Book one in the Love’s Defenders series.

When empath Gyda St. Germaine is rescued from a sex-trafficking ring, she vows vengeance on her tormentors. Aided by two distinct personalities who bolster her powers, she becomes a vigilante, hungry for revenge. Her path of retribution tosses her into the arms of an Order of Themis Siphon and her world is turned upside down. Fighting her past takes a backseat to her all-consuming desire for the man whose honor and sense of justice go against everything she believes.

The moment electricity manipulator Brit Harper stumbled across a feral woman with a bloody knife, his life changed. Black and white becomes gray as the scales of justice tip. Fascinated by her strength and the darkness in her eyes, he vows to teach her the true meaning of justice and help her explore the passion sizzling between them. But when the evil haunting Gyda’s dreams returns in the flesh, he’ll have to choose between his beliefs and the woman he loves.

“Shh,” he whispered against her hair. “I’ll never hurt you, Gyda. I swear it on my life.”
She didn’t relax, not entirely, but then he knew it was up to him to help her.
He slid his hand beneath her shirt, not going for the gold yet, wanting to ease her into it. It wasn’t exactly a hardship. Her skin was silky soft and warm.

Author Bio:
Danica Avet was born and raised in the wilds of South Louisiana (that would be somewhere around Houma) where mosquitoes are big enough to carry off small children and there are only two seasons: hot and hotter. With a BA in History, she figured there were enough fry cooks in the world and decided to try her hand at writing.

Danica is the lucky pet of a compulsively needy dog and two cats. The pitter-patter of little feet has been known to make her break out into a cold sweat.

Writing is how she gives the voices in her head a way out. When she isn’t writing, working or contemplating the complexities of the universe, she spends time gathering inspiration from her insane family, reads far more than any sane person would want to, and watches hot burly men chase an oblong ball all over a field. 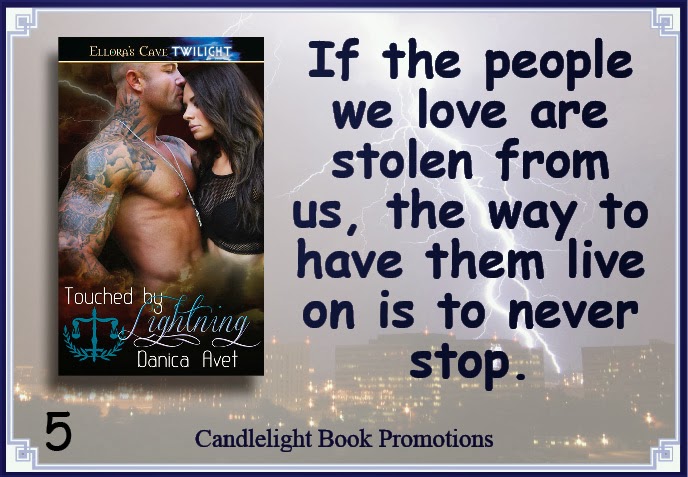 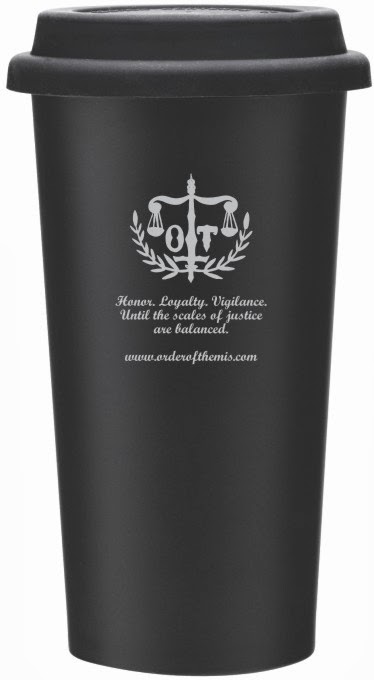 Thursday February 6
In The Pages of a Good Book

Tuesday February 11
For Whom The Books Toll

Wednesday February 19
For the Love of Bookends
Lusty Penguin Reviews

Thursday February 20
Sizzling Promo
Posted by Unknown at 12:02 AM