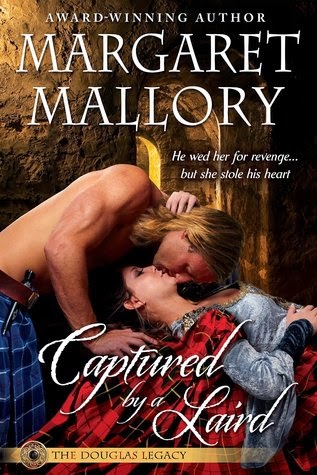 The Douglas sisters, beauties all, are valuable pawns in their family's bitter struggle to control the Scottish Crown. But when powerful enemies threaten, each Douglas lass will find she must face them alone.

Blurb:
Haunted by his father's violent death, David Hume, the new laird of Wedderburn, sets out to make his name so feared that no one will dare harm his family again. The treacherous ally who played on his father's weakness is dead and beyond David's vengeance, but his castle and young widow are ripe for the taking. The moment David lays eyes on the dark-haired beauty defending her wee daughters, however, he knows this frail-looking lass is the one person who could bring him to his knees.

Wed at thirteen to a man who tried daily to break her spirit, Lady Alison Douglas is looking forward to a long widowhood. But when the fearsome warrior known as the Beast of Wedderburn storms her gates, she finds herself, once again, forced to wed a stranger. Alison is only a pawn to serve his vengeance, so why does this dark warrior arouse such fiery passion and an unwelcome longing in her heart?

With death and danger looming, these two wounded souls must learn to trust each other . . . for only love can save them.

Buy Links:
Amazon US: CAPTURED BY A LAIRD (THE DOUGLAS LEGACY)

EXCERPT
David strode through the battle raging between his men and the castle defenders in the courtyard and headed straight for the keep, intent on his goal.

The castle would fall quickly. The defenders lacked leadership and were in disarray. His only concern was whether the castle had a secret tunnel for escape. During the siege, he had spread his men out through the fields surrounding the fortress to keep watch. But he had concentrated his forces for the attack and most were now inside the castle. If there was a tunnel, he must secure the widow and her daughters before they had a chance to escape. He did not relish the idea of having to chase them down through the fields with dogs.

The defenders had foolishly waited too long to withdraw to the keep, and most were caught in the courtyard when David’s men burst through the gate. He barely spared them a glance as he ran up the steps of the keep.

With several of his warriors at his back, he burst through the doors brandishing his sword. He paused inside the entrance to hall. Women and children were screaming, and the few Blackadder warriors who had made it inside were overturning tables in a useless attempt to set up a defense.

“If ye hope for mercy, drop your weapons,” David shouted, making his voice heard above the chaos.

He locked gazes with the men who hesitated to obey his order until every weapon clanked to the floor, then he swept his gaze over the women. Their clothing confirmed what he’d known the moment he entered the hall. Blackadder’s widow was not in the room.

“Where is she?” he demanded of the closest Blackadder man.

“Who, m’lord?” the man said, shifting his gaze to the side.

“Your mistress!” David picked him up by the front of his tunic and leaned in close. “Tell me now.”

“In her bedchamber,” the man squeaked, pointing to an arched doorway. “’Tis up the stairs.”

David caught a sudden whiff of urine and dropped the man to the floor in disgust. The wretch had wet himself.

“Take him to the dungeon,” he ordered. The coward had given up his mistress far too easily.

David started up the wheeled stairs to the upper floors with his sword at the ready. He expected to encounter Blackadder warriors, protecting the lady of the castle. But there were none on the stairs and none guarding the door on the first floor.

Damn it. She must have escaped. He gritted his teeth as he envisioned the lady’s guards leading her through the tunnel.

He was about to open the chamber door to make sure it was empty when Brian, one of his best men, came down the stairs.

“Laird, I checked all the chambers while ye were in the hall,” he said.

David’s jaw ached from clenching it.

“There’s one door on the floor just above us that wouldn’t open with the latch,” Brian said. “Shall I break it down?”

David waved him aside and pulled the ax from his belt as he raced up the stairs.

“Open it!” he shouted and pounded on the door.

He did not wait. She could be escaping through a secret door this very moment. Three hard whacks with his ax, and the door split. He kicked it until it swung open, then stepped through.

At his first sight of the woman, his feet became fixed to the floor. He felt strange, and his vision was distorted, as if as if he had swallowed a magical potion that narrowed his sight. He could see nothing in the room but her.

She was extraordinarily lovely, with violet eyes, pale skin, and shining black hair. But there was something about her, something beyond her beauty, that held him captive. She was young, much younger than he expected, and her features and form were delicate, in marked contrast to the violent emotion in her eyes.

David knew to the depths of his soul that a brute like him should not be the man to claim this fragile flower, even while the word mine beat in his head like a drum. He had no notion of how long he stood staring at her before he became aware that she held a sword. It was longer still before he noticed the two wee lasses peeking out from behind her like frightened kittens.

Anger boiled up in his chest. Every Blackadder man in the castle who could still draw breath should have been here, standing between him and their lady. Instead, she faced him alone with a sword she could barely lift with both hands.

It was a brave, but ridiculous gesture.

There was no defense against him. 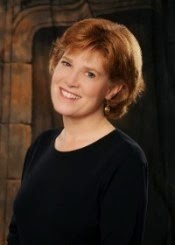 MARGARET MALLORY surprised her friends & family by abandoning her legal career to write tales of romance & adventure. At long last, she can satisfy her passion for justice by punishing the bad & rewarding the worthy--in the pages of her novels.

Margaret lives in the beautiful Pacific Northwest with her husband, goofy dog & crabby cat. With her two children off to college, Margaret spends most of her time working on her next Scottish historical romance. Visit her website for Book Group Discussion Questions, photos of Scotland, excerpts, & other info. Margaret loves to hear from readers!