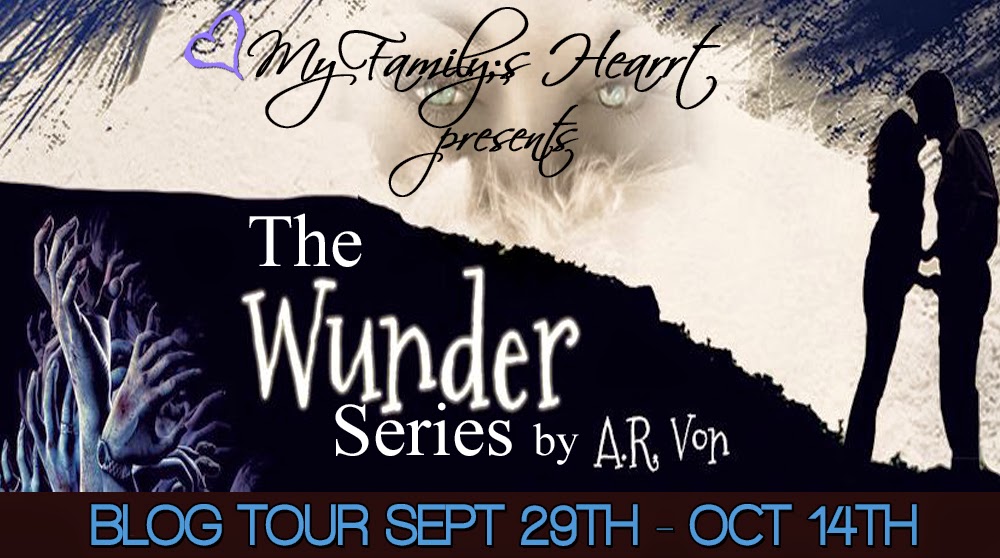 Welcome to my stop on A.R. Von's DreamZ, The Approach & Reunion Blog Tour & Giveaway presented by My Family's Heart.

A.R. is sharing how she came to write The Wunder Series: 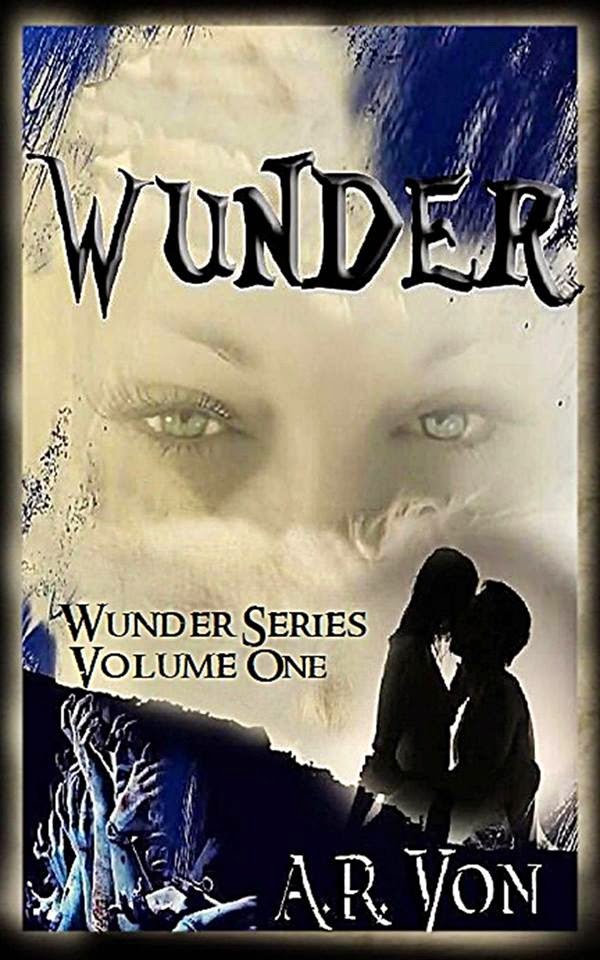 Wunder isn’t your average girl in fact—she isn’t even an average human. In a world ravaged by Zombies, she was born amidst the chaos. She may have a normal life now…well as normal as a freak of nature could have. Part zombie while her job is to hunt bloodthirsty creatures to protect the innocent. It’s the dreams that haunt her and they aren’t nightmares. Wunder dreams of a man, a man made just for her. Is he real, can he be the one she‘s yearned for?

Wunder’s life has been far from perfect so far, secretly being part Zombie in a world devastated by the plague of the walking dead. Still, she knew there was something special awaiting her, someone out there who could change everything and she did find him. Pete is everything she dreamed of and more as she discovers passion and fulfillment for the first time in her life.

Pete has his own secrets to tell. His world is a lonely one as he wrestles with the reality of being part zombie. His hatred for the creatures that killed his parents drives him to patrol the streets and wipe them all out. His life would be stark, but for the dreams he’s been having; of a woman, so sensuous, so sexy. These alluring visions have become erotic and consuming. He feels as if he made her up to keep from going crazy. Is this life of hunting the walking dead, all there is? Or is she out there waiting—just for him?

Now—with the reunion; Wunder’s life turns into a journey of discoveries. Secrets from the past come full circle and her world is changed forever. In the coming chaos, can she keep her new found happiness and the man of her dreams? 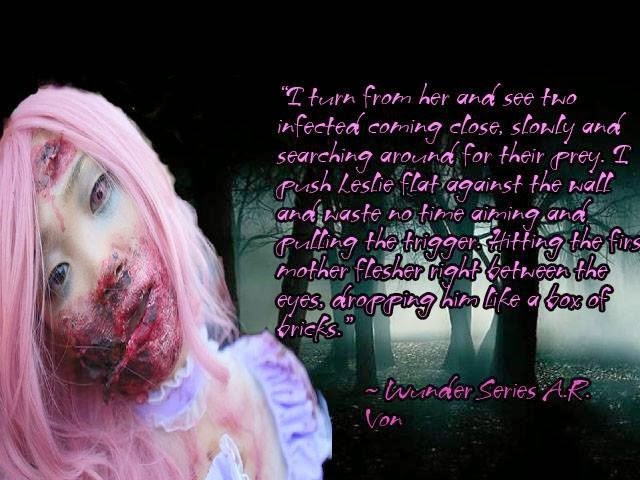 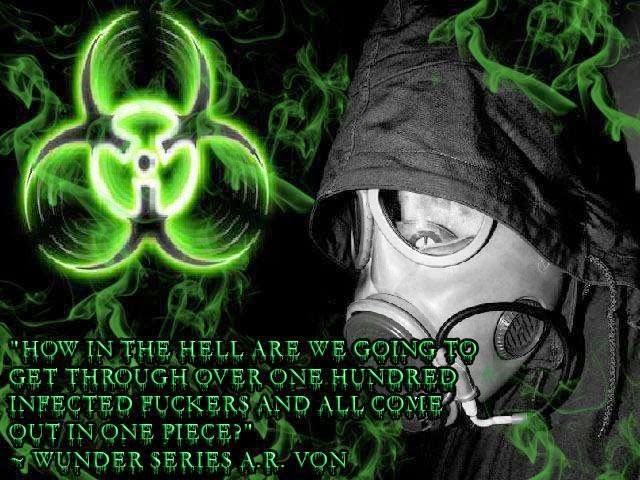 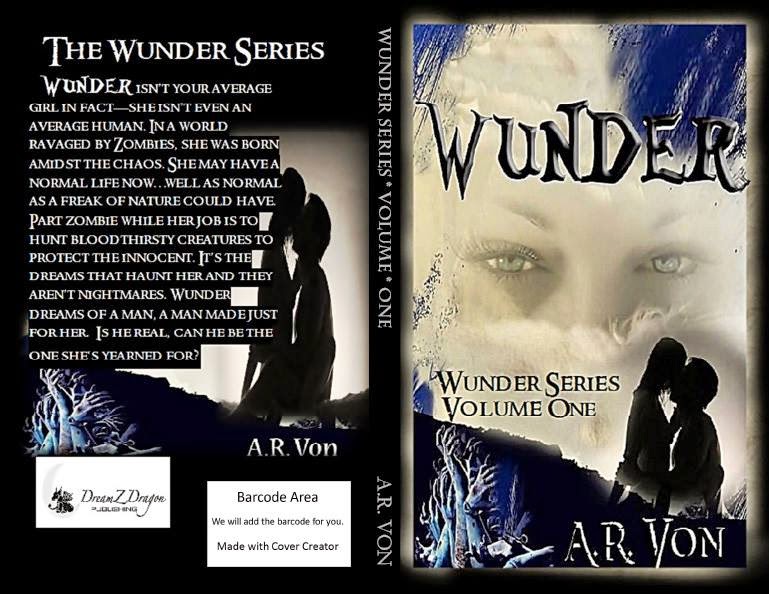 Excerpt (from Volume One- The Approach):
He sighs, moving his mouth towards my ear, flicking his tongue out softly and caressing my lobe.  I shudder in response feeling flutters low in my belly.  “I don’t know if I can wait any longer to have you. I need to taste you—feel you.”  Oh my, did my panties just get wet? “Yes!” I say with a heavenly sigh. “Please,” I answer as if he’s offering food while I’ve been starving for days. He uses his tongue superbly to lick all the way down along the column of my throat.

Sensuously, he places precise kisses all the way back up, until he hovers over my lips, looking hungrily into my eyes. “I’m going to kiss you now, Wunder. Then, I’m going to take you and make you mine. If you don’t want that? Now, would be the time to tell me.”  I’m swaying on my feet, gazing into his eyes—at a loss for words.

Finally, I find my voice. “Please.”  He takes my mouth with such fervor, my heart pounds harder than after I’ve just run for miles. My legs now feel like over cooked noodles. He holds me tighter, exploring every nook and cranny of my mouth and I answer with the same exploration. He’s making silent promises, grinding his hard length, against my body. I bravely slide my hand from around his neck, down between us, past his chest to cup him through his tight jeans.  He groans into my mouth and slowly pulls back to gaze at me questionably. My eyes are still at half-mast, drooping as if they would close on their own accord. I give his jean encased cock a firm squeeze, ‘Yes’ in answer to his question.  He takes my hand, tugging it as he moves toward the back of the club. I go willingly. Oh—how I go willingly! 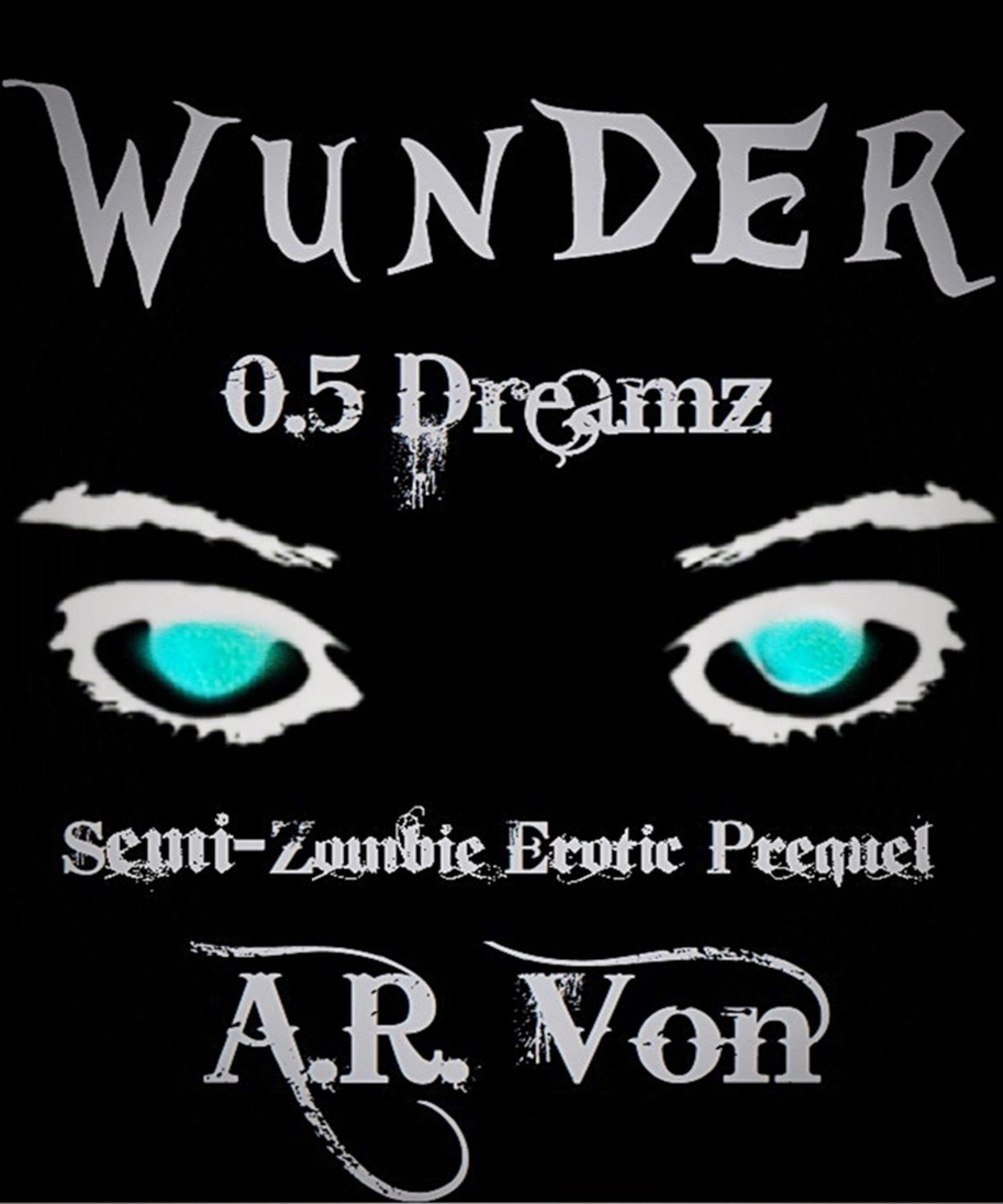 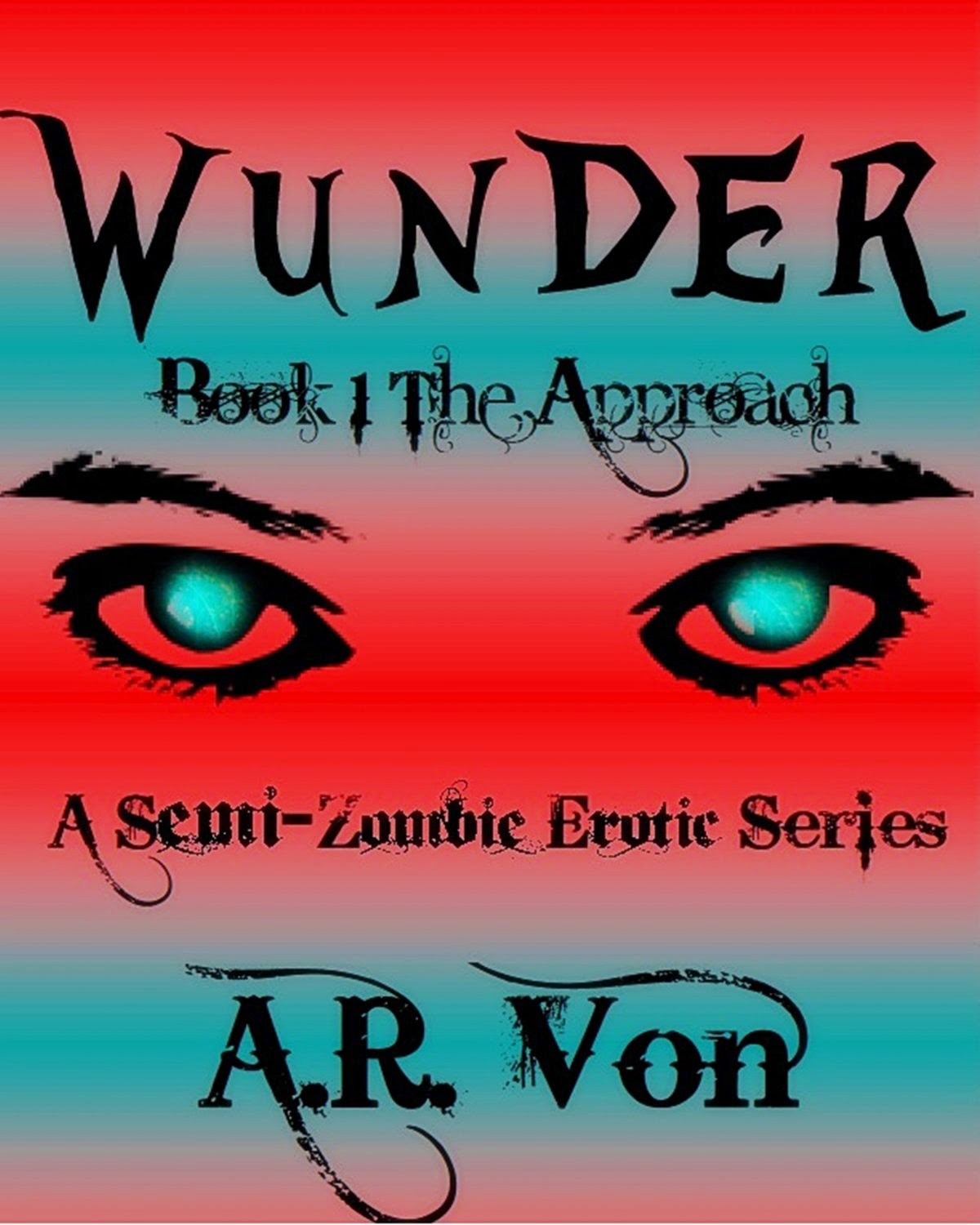 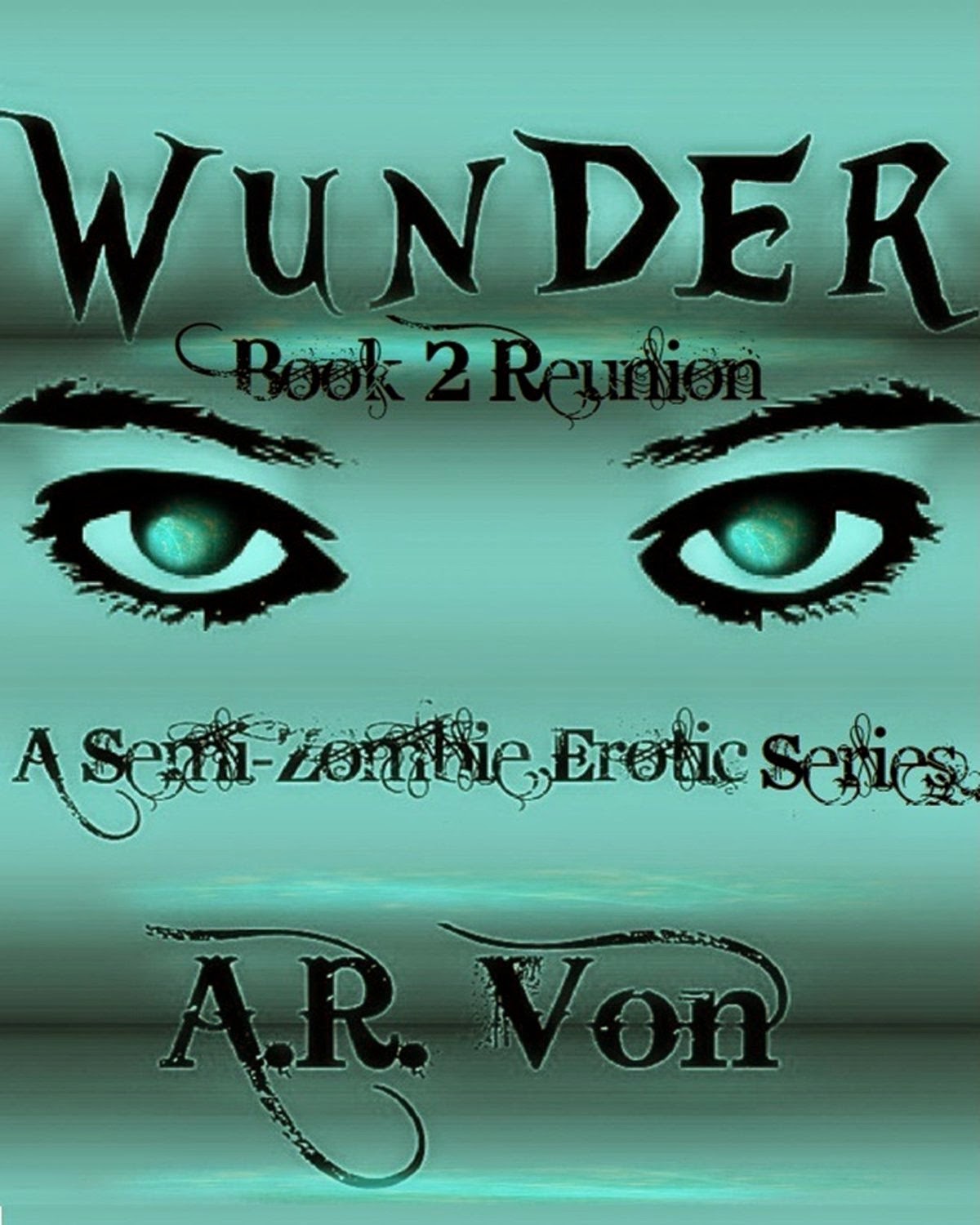 Wunder Volume One (paperback only) - https://www.goodreads.com/book/show/18618961-wunder-volume-one 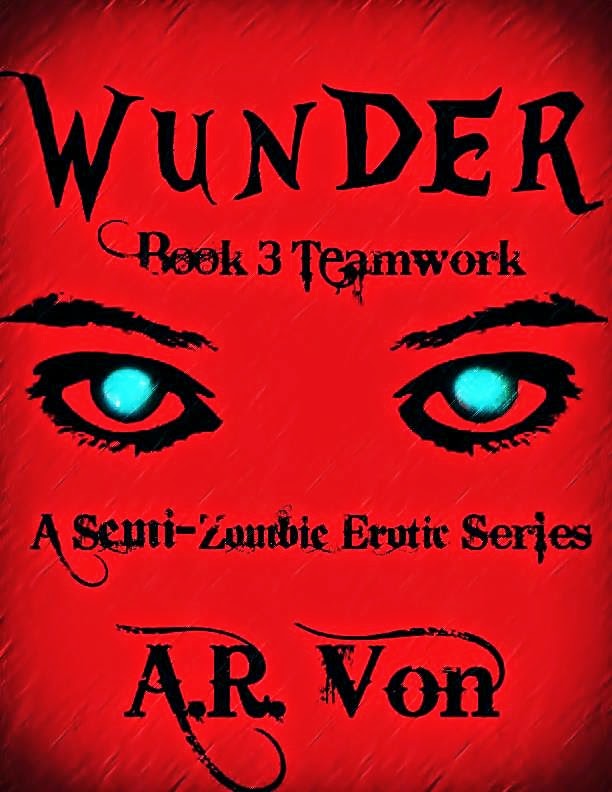 BOOK SYNOPSIS (for Teamwork):
Their first time as a trio. The team of Tank, Wunder and Pete will face their greatest challenge when they come up against RIP subject number 776, the deadliest Zombie yet. He's unpredictable , smart, full of cunning and has yet to be found.

While they fight for their lives, the heat between Pete and Wunder will blaze out of control.

They will discover powers within themselves brought on by being part zombie. Powers beyond even their wildest imagination. 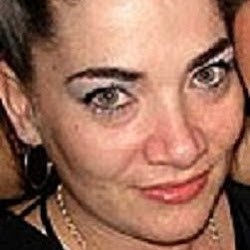 A.R. was born and raised in Bronx, NY and is the oldest daughter of two girls. She holds an Associate's Degree in Computer Science and Information Technology, which was only briefly used. She's a mother of two entertaining teen boys (as well as a lovely fawn Chihuahua, whom she considers her furry daughter.) She's also a wife to a delightfully handsome and amazingly funny man-beast. She loves anything dragon and fantasy related. In her free time she enjoys exercising, listening to music, hiking, cooking, dancing and writing. She also loves a great adventure in and out of a book!
She writes to free her mind of its constant wondering and clutter. She thrives on the fact she can share some of it with readers that have the same passion for a great story.
She also loves to hear from her reader's and chat away, so feel free to reach out to her any time.