If Your Book Were Made Into A Movie – What Songs Would Best Fit The Story On The Big Screen? 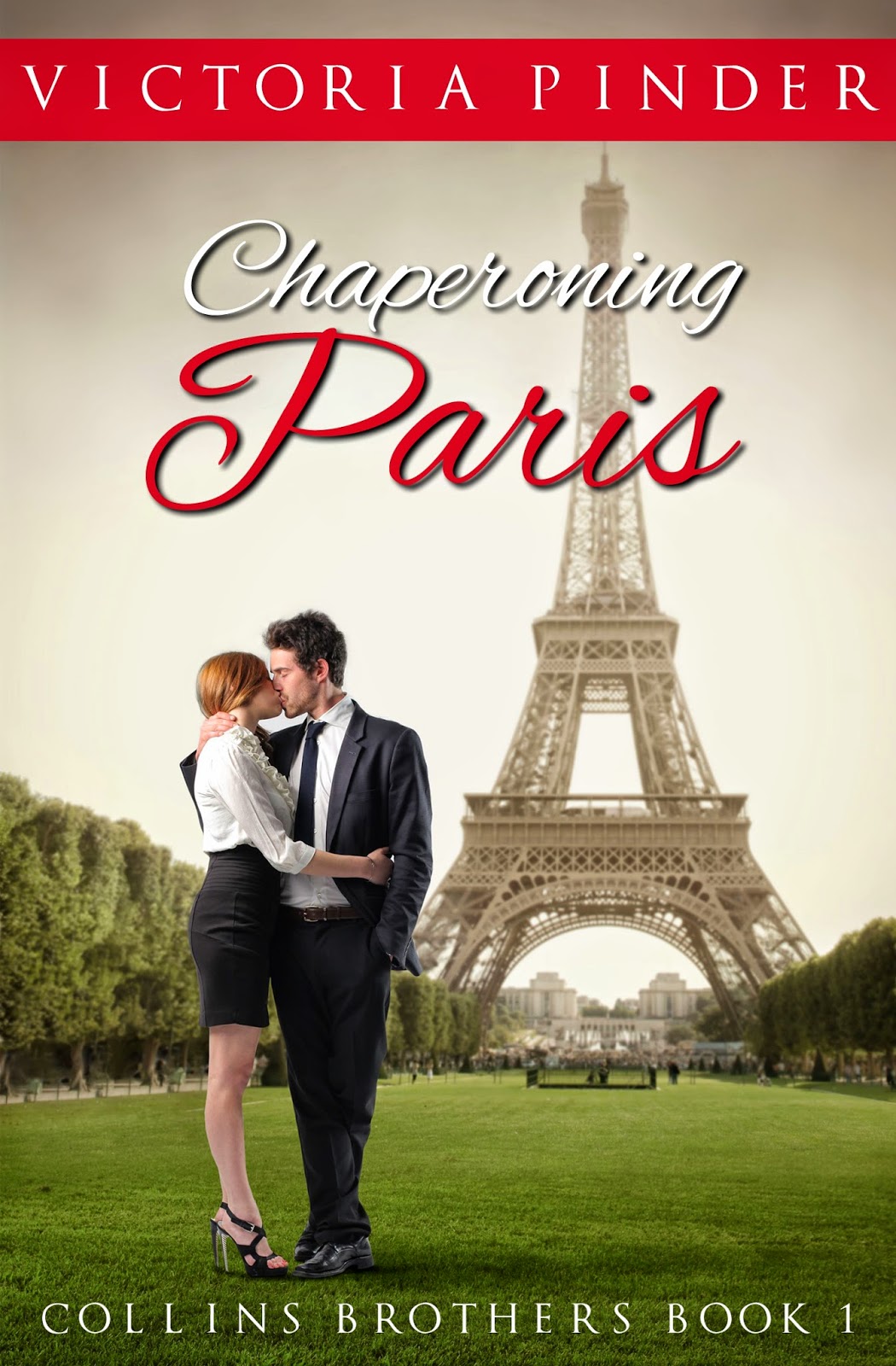 Blurb:
Gigi Dumont never forgot how she walked away from the only man she ever loved.

She’s a teacher who has led her students to the finals of an international French competition to be help in Paris. The night before the trip, the principal tries to cancel the trip before he, in turn, loses his job to her high school boyfriend, Sean Collins.

Sean Collins has survived cancer, a divorce, and Gigi having aborted their child back in high school. He assumed he’d hate her, if they ever crossed paths again. But he discovers she’s exactly what he wants.

When Gigi and Sean are stuck together for a week in Paris, Gigi feels she has lost all her control. How can she survive her attraction to Sean? The man’s sexier now than he was back in the day, and once upon a time, he’d had her heart. She finds herself falling for him, even knowing forever is impossible.

Payback time. Standing in his mother’s kitchen, Sean Collins smiled as he hung up the phone.

He hovered at the phone for a moment, then charged along the carpeted hallway to his bedroom. In a flash, he changed from his T-shirt and jeans into his black pin stripe king-of-the-business-world suit complete with black tie and shiny black shoes.

Finished dressing, Sean jittered at the door and listened to his son talking nonstop to his mother upstairs. His skin tingled and he closed his eyes. At least moving to his parents’ country estate where he had grown up on Cape Cod had been good for everyone.

Breakfast could wait. He grabbed the keys on the counter downstairs, and he called upstairs, “I’m leaving. I won’t be gone long.”

Last year, the school principal had fired him with bogus charges. Sean had sworn on every holy book that he’d been fired because his doctors had discovered cancer in a routine physical exam.

The sickness sucked. But he’d survived. And now he used his vast wealth to get what he wanted. No teacher should be treated so callously. He had taken the job at the time to prove to himself he had more choices than being the chief financial officer of his father’s corporation.

He set his jaw and walked outside to his car, where the smell of freshly cut grass hit his senses.

The moment he stepped outside and headed toward the garage, Sean stared at the vast forested area on the property for a moment and pressed his lips together. Trees made sense. Women never had. His luck with women had been bad from the start. His first girlfriend, Gigi Dumont, had left him for parts unknown, and then later his wife, now his ex, Jennifer, had also left. She’d played with a whole set of loose scruples. But Jennifer hadn’t hurt him, not like Gigi had. Sean rolled his shoulders. Why did everything in his life always seem to go back to Gigi leaving?

He fished out his keys from his pocket. And now Gigi had moved back into the house next door.

Sean opened the garage door. A quick click of a button and the gate lifted.

Last night he hadn’t slept. Today his shoulders were straight. This moment had nothing to do with women and everything to do with justice. His fingers traced the shiny finish of his brother Gerard’s Aston Martin. Without blinking, he opted to borrow the car. He’d be early and outshine everyone else. Gerard had offered to loan it to him specifically for today. Sean licked his lips and turned the key, igniting the engine, and took off.

A daydream flashed in his eyes. Principal Murray’s jaw dropped to the ground in shock the second Sean stepped inside the office with the papers.

Sean clutched the wheel. He intended to twist the knife even further. People like Mr. Murray gave businessmen around the world the reputation of cold, heartless automatons, especially when he claimed the firing had been over “job performance.” Every one of Sean’s students had passed the state assessments.

Now, Sean ran the finances for his parents, his father’s company, and his brothers. The support of his family to get him through cancer treatments had been phenomenal, but what if he hadn’t had that support? What if he’d had no money to pay for treatments? He’d be dead because the principal had fired him due to the insurance increases. Well, now Sean had a better solution.

He sped down the country road for the half-hour trip. During his horrible marriage to Jennifer, he’d worked as a teacher, and his students had achieved both academic and social successes. Jennifer had been the nightmare that drove Sean away from Collins Industries, Collins Enterprises, Collins Investments, and Collins Mutual, to list a few of his father’s multiple companies. Post divorce and cancer, Sean had made the decision to offer employees packages in cases of sickness. Anyone who worked for him would now receive a payoff equal to the job performance done over the years as part of a settlement. Money paid hospital bills.

Sean’s stomach clenched as he gazed at the sign for the Barnstable Charter High School parking lot. Sean parked Gerard’s fancy lawyer wheels that screamed “out to impress” right next to the about-to-be-sacked principal’s BMW sedan. The Aston Martin made the perfect goodbye gesture. Murray had been outclassed.

Sean leaned forward in his seat, refusing to feel guilty. He waited for the school bell to ring and watched students bounding outside.

Unlike most people, his family had money, and normally he wouldn’t like flaunting wealth. His Jeep Wrangler suited him just fine, but today he needed to look like the elite businessman he was. He stepped out a minute later, and in a fast walk, he strode down the halls. Sean winked the second he saw the school guard’s shocked face.

“You had cancer?” asked the older African American lady who coached the wrestling team.

He inclined his head and passed the security desk then Sean turned right toward the principal’s office.

In his briefcase he carried the school board’s ruling and the proof of sale of the school to Collins Enterprises. Barnstable was a private school that followed school board law. The sale to his company had been finalized, but Sean had insisted on telling Murray in person. The minutes of the meeting would be posted at one that day. Victory waited for him, and justice tasted better than homemade chocolate chip cookies.

In the office, the overqualified secretary, Mattie, dropped her pencil on the floor. Sean made eye contact with her and the older woman smiled back. Then he picked up the pencil in stride, and handed it back to her. She opened her mouth to speak, and he shook his head, placing his finger over his lips to silently request her silence.

She smiled her response and swiveled her chair back to her computer.

He had seen Mattie in action and understood the older woman had known how to treat people more than anyone else in the office.

Outside the principal’s door, Sean straightened his tie into perfect alignment. His heart rate sped up and his entire body became alert then he heard her voice.

Gigi, or should he say, Giovanna Dumont. Her quiet, sweet voice unmanned him, making his palms sweat. Why would she be here? And how could she still steal his breath away?

Victoria Pinder grew up in Irish Catholic Boston then moved to Miami. Eventually, found that writing is her passion.

She always wrote stories to entertain herself. Her parents are practical minded people demanding a job, but when she sat down to see what she enjoyed doing, writing became obvious.

The Zoastra Affair, Chaperoning Paris, Borrowing the Doctor, and Electing Love, Mything the Throne and Favorite Coffee, Favorite Crush will be published in 2014.

Now she is represented by Dawn Dowdle of Blue Ridge Literary Agency.

Also she’s the Vice President for the Florida Romance Writers. Her website is www.victoriapinder.com. 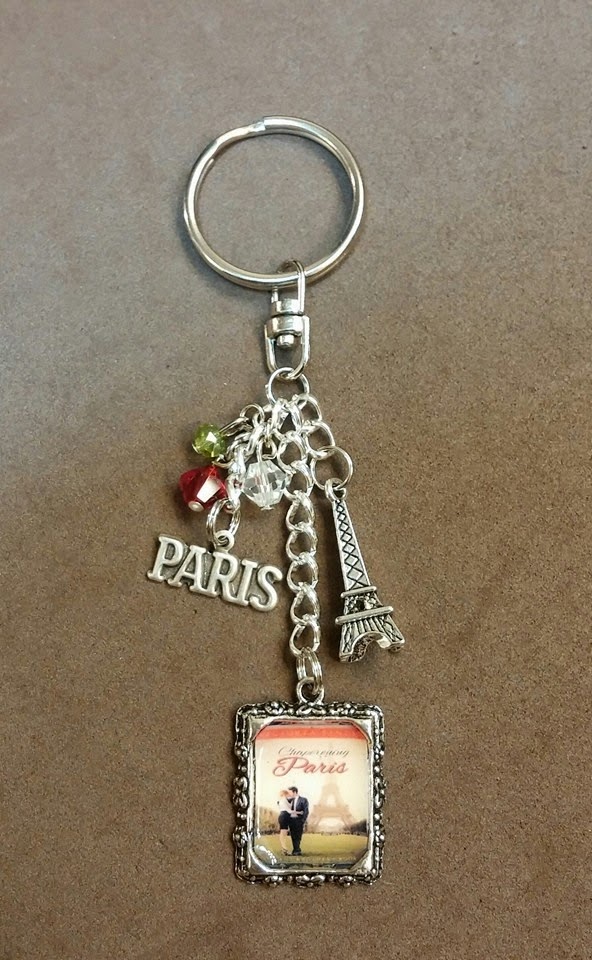