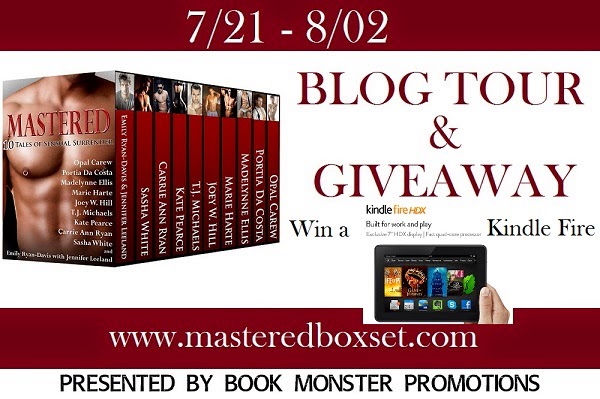 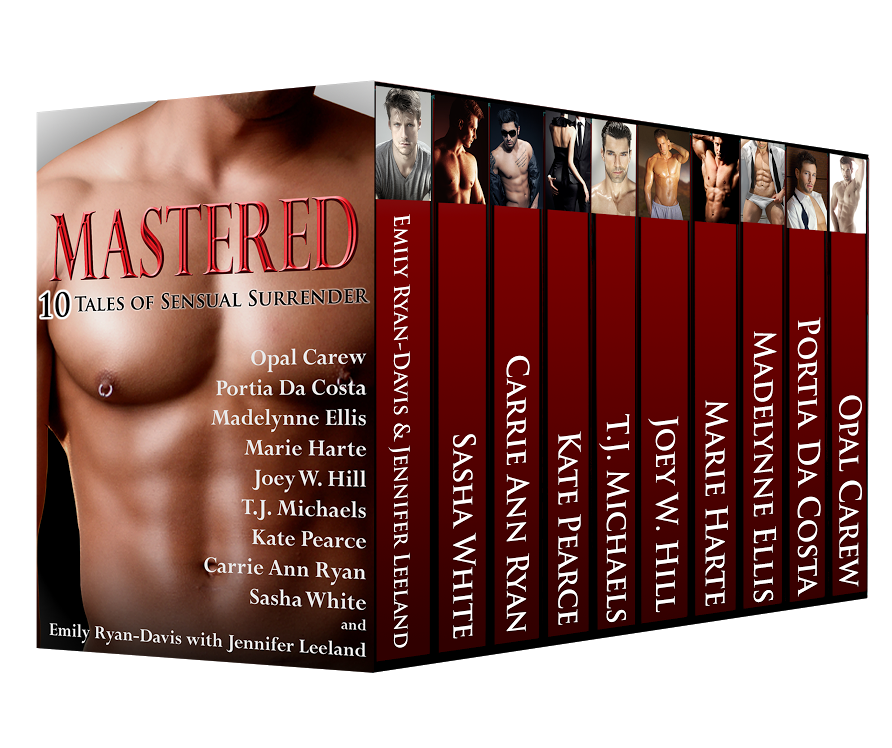 Three Secrets by New York Times and USA Today bestseller Opal Carew
Sharing secrets has never been so exhilarating...
Nicole and Abel met in Paris and fell in love, but Nicole believes her secret lifestyle will drive Abel away. After the vacation ends, she decides to take a chance and share her secret, but little does she know he has a secret of his own.

His Secret by International and UK Sunday Times bestseller Portia Da Costa
Quiet storm…
Ben Chambers is the perfect handsome boyfriend. Sarah adores him, yet despite their delicious lovemaking and the fun they share, she senses he has a secret. But then, during a luxury weekend away, one casual pat to her bottom transforms everything, revealing Ben’s thrilling hidden dominance, and a world of decadent pleasure and deeper love.

Remastered by Multi-Award-Winner Madelynne Ellis
A bad experience with a former girlfriend caused Spook Mortensen to repress his sexual urges, but when sound engineer Allegra Hutton is called upon to remaster Black Halo's first album, there's only so much attitude and stubborn refusal to listen to the bands' wishes he can take before he's forced to break his self-imposed vow and take her in hand. 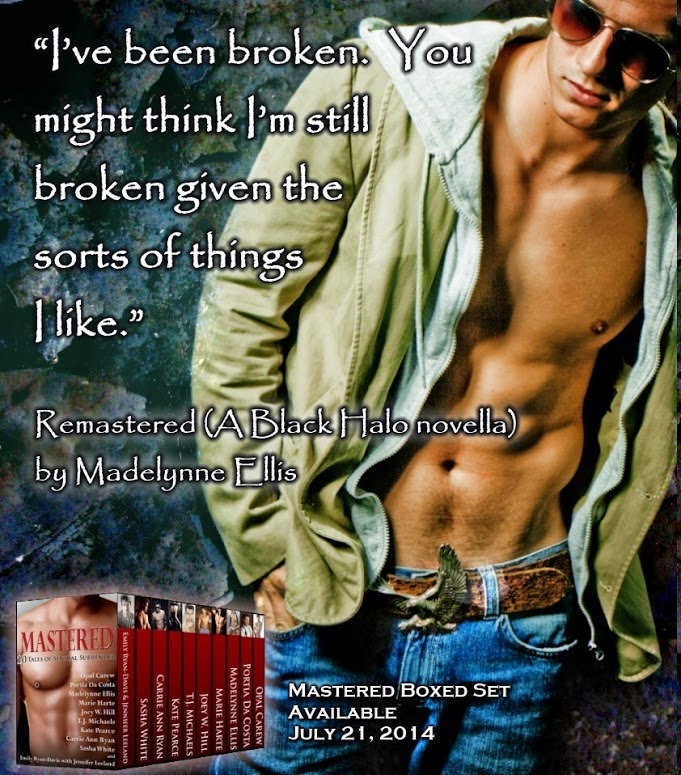 Excerpt:
“I’ve been broken,” he replied, gently brushing stray threads of hair from her upturned face. “You might think I’m still broken given the sorts of things I like.”

“What kind of things?” She wished he’d be plainer spoken instead of so cryptic.

Spook moved his hand from her temple and instead splayed it across the front of her throat. Alle’s breath immediately hitched. She felt vulnerable with his palm covering her windpipe and his thumb and forefinger tucked against the ridge of her jaw, but at the same time, arousal bloomed inside of her, leaving her breasts feeling heavy and a mellow throb drumming between her thighs.

“Do you like pain, Alle? I do, I enjoy inflicting it. I like seeing women tied up. I like photographing their skin when it’s been reddened by numerous smacks.”

Dear God, had he really said that? Her mouth turned dry. It wasn’t what she’d expected. Hoped for, yes, but never anticipated.

“I like to wrap the strap from my guitar around their wrists and bind their hands behind their backs.”

She could picture him doing that to her, winding the long strap round and round, and then up between both hands. She’d be naked at the time, and on her knees, and oh so dreadfully aware of what came next.

Working Out by USA Today bestseller Marie Harte
When lust turns to love, who’s really on top?
An ex-Marine with a kink for dominance, Mac is Maggie’s boss. But Maggie doesn’t seem to realize he’s in charge…until he shows her that Sir is more than a title. It’s a lifestyle that could suit them both. That’s if Maggie sticks around long enough to wear his collar.

Juicy by bestseller T.J. Michaels
Twilight Teahouse ~ Choose something decadent from our menu…
Solie Shaw is a brilliant self-made woman. After managing a corporation by day, at night, all she wants is to not be in charge. The last man she’d gifted her heart to had smashed it to smithereens and then did the mambo on top of the pieces. Now, along comes the chance to get exactly what she needs. All Solie has to do…is choose.

No Limits by USA Today bestseller Kate Pearce
All bets are off when there are no limits…
Dr. Julia Reed deals with life or death situations at a California ER. When British businessman Alex Logan offers her a sexual bargain, she gets to share her darkest fantasies; he gets the power to carry them out. But who is the real winner in this high stakes game, and is Alex even playing fair?

Ink Reunited by USA Today bestseller Carrie Ann Ryan
Only two men can give Sassy the happily ever after she craves.
Rafe, Ian and Sassy loved each other…until it all blew apart. Now both men are back for the woman they love. It will take more than apologies for these three to overcome their history. But once they take that step, the streets of New Orleans will never be the same.

Bondage on 34th Street by Emily Ryan-Davis & Jennifer Leeland
In knots over love
After years of searching, Tasha Sears finally finds the Master of her heart …on his knees in front of intimidatingly sexy bondage enthusiast Noah Dreyfuss. As sparks flare between the three, Noah’s ropes will either bind them together or pull them apart.