Xpresso Presents~ Kristen Strassel's We Own the Night Cover Reveal

Welcome to Kristen Strassel's We Own the Night Cover Reveal presented by Xpresso Book Tours. 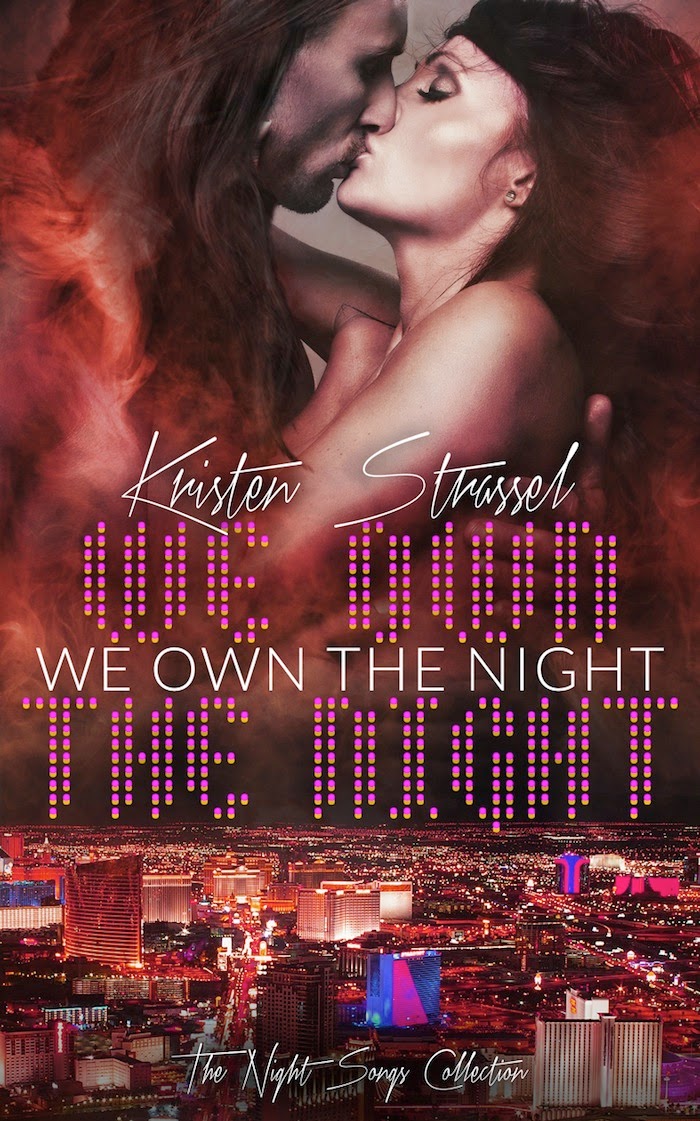 Callie Chabot would stop at nothing to save her ex-boyfriend Blade Bennett from the clutches of vampire clan leader Talis de Rancourt, even if means becoming immortal herself. What she doesn’t know is that Blade has already defeated Talis, and he’s waiting for Callie in the afterlife.

Now Callie only has her creator, Tristan Trevosier, to turn to for guidance. But he’s too wrapped up in the debauchery of the Las Vegas rock scene to give a damn about the particulars of being undead. That’s enough to drive Callie crazy on its own, but female vampires are automatic clan leaders.

Not only does Callie have no idea how to wrangle a vampire clan, but her would-be followers have more to gain from her failure. They instead choose to follow Blade—and he’s hell-bent on making Callie pay for her bad decisions. Since he took out the existing clan leader, that automatically puts him at the helm of what should be Callie’s new clan.

A Master of Deception.

That’s when seasoned rogue vampire, Cash Logan, shows up, shrouded in magic and mystery. No one is sure which side Cash is on, but Callie needs to take a chance on the one vampire who is willing to give her the answers she needs, no matter how dark and frightening they may be. Callie must trust her instincts and form alliances that may backfire. Cash shows Callie that playing nice is no longer an option, and that fixing her wrongs won’t always make everything right.

To take control of her clan, Callie must look to her rival to discover exactly what makes her a leader.

Books 1 & 2 received re-designed covers to match the new book, We Own the Night. 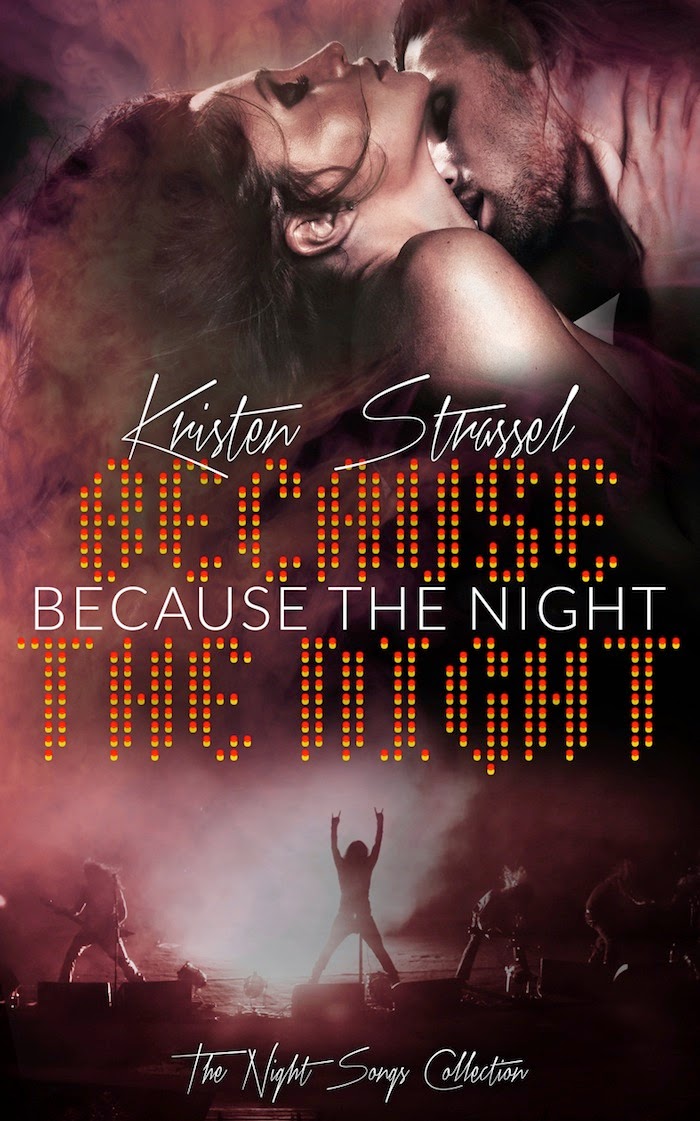 Because the Night Book 1

Immortal Dilemma is the hottest band in the Las Vegas vampire rock scene. They draw insatiable fans from around the globe, thanks to a supernatural attraction called Bloodlust. Tristan craved such an opportunity to fill his empty mortal life, and now he has eternity to earn his place along the legends of rock n roll debauchery.

Callie always feared that Tristan’s excesses would get him into trouble, but she never thought they’d lead him to immortality. To reconnect with him, she must weave her way through a world not only she had no idea existed, but does not welcome her.

Blade turned down a spot in Immortal Dilemma after learning what he must sacrifice for that lifestyle. He finds Callie a refreshing change from the girls in the vampire rock scene. When Callie drags Blade back into the world of Immortal Dilemma, his resistance drives her into the waiting arms of Tristan, who shows her the true meaning of Bloodlust. 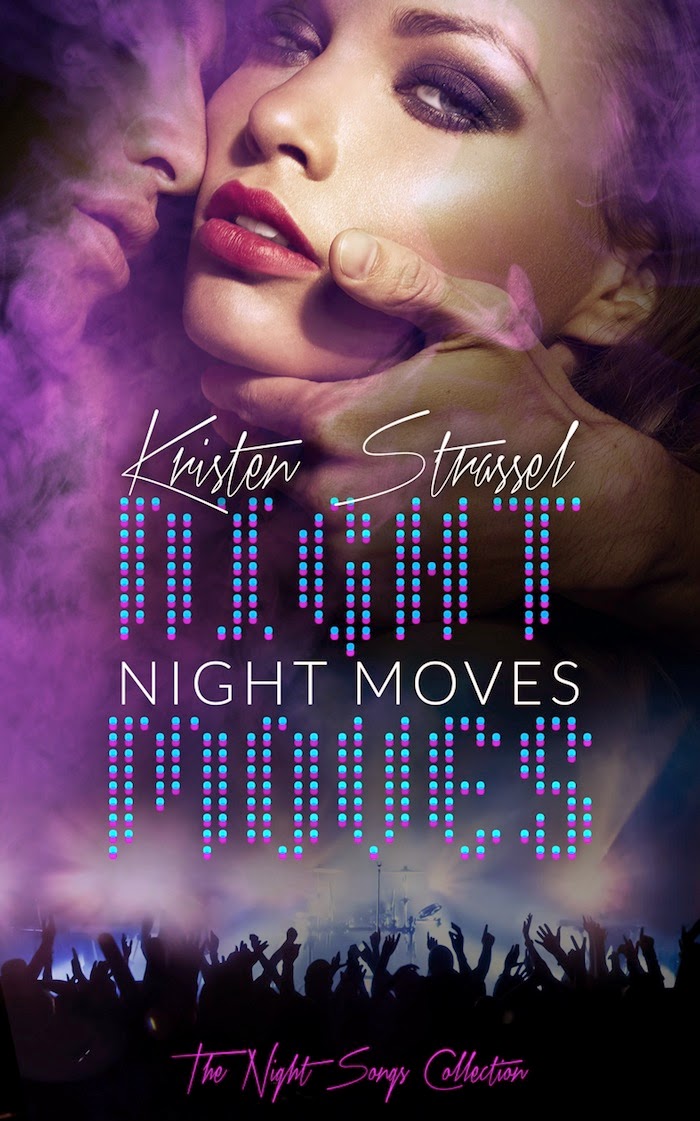 Blurb:
We bonded in darkness, over darkness.

Melanie Vaughn's job ruined everything. Her social life, nonexistent. Her relationship with her boyfriend, a hostile roommate situation. She resolves to fix everything one snowy afternoon, but instead comes home to discover her boyfriend is already exploring other options. Blonder, bustier options. Rage drives Melanie to do the unthinkable.

When Soul Divider was on the top of the world, so was Ryder Maddox. When the band faded into obscurity, Ryder's luck plummeted with it. In a last ditch effort to rekindle the band's heyday, Soul Divider teams up with powerful vampire clan leader, Talis de Rancourt. In return for her services, the band pays the ultimate price for never ending fame.

Now on the run, Melanie meets Ryder in a middle of nowhere hotel. She never expected her teenage rock star crush to be as lost and as in need of a companion as she is. Their connection is all consuming, even before they find they share another kinship: murder.

The newly turned vampires in Soul Divider still have a lot to learn. The police and public begin to connect the girls that go missing or die in sync with the band's tour schedule. Back at home, clues are also adding up against Melanie as well. Between constant media coverage and unrelenting attention from the authorities, Melanie and Ryder find themselves in uncharted territory.


Add We Own the Night, Night Moves and Because the Night to your Goodreads list: https://www.goodreads.com/series/116205-the-night-songs-collection

Kristen shares a birthday with Steven Tyler and Diana Ross. She spends each day striving to be half as fabulous as they are. She’s worn many hats, none as flattering as her cowboy hat: banker, retail manager, fledgling web designer, world’s worst cocktail waitress, panty slinger, now makeup artist and author. She loves sunshine, live music, the middle of nowhere, and finding new things to put in her house.