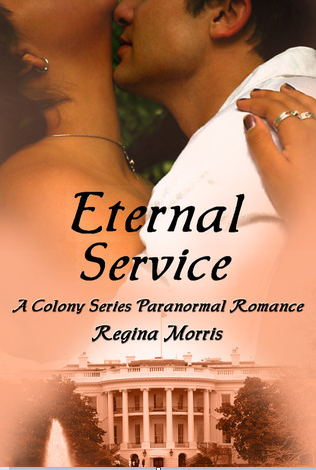 Reviewed for For Whom The Books Toll
4 1/2, Hot


Vampires exist among us. They can be our neighbor, best friend, our child's teacher ...

They alter their aged appearance based upon the amount of blood they consume. They move to a new area, drink a lot of blood, and appear young. Slowly they limit their intake of blood and age, right in front of our unsuspecting eyes. After decades, they fake their death, move, and do it over and over again.

Most live quiet lives in an effort to blend in.

Some however want power and control.

The Colony is an elite group of vampires sworn to protect the President of the United States from these rogue vampires.

When Raymond Metcalf, vampire coven master of the Colony, teams up with a federal operative of the human female persuasion–who has no idea that vampires even exist–will his mission or his heart be compromised first?

Career military woman, Alex Brennan, is being offered the promotion of a lifetime and with it a romance that she has desperately been seeking. Does she dare accept the position as Director of the Colony, an elite group of deadly creatures of the night and risk a dangerous romance with a man who isn’t even human?

Together, can they save the President?


My review:
I really enjoyed reading Eternal Service. Ms. Morris certainly has a unique perspective of vampires and how they live. That's one of the things I like best about reading vampire stories. Each author writes their world so differently.

Raymond Metcalf is still in love with his wife who died in child birth almost 190 years ago. He keeps to himself and doesn't think he needs a woman in his life. No other woman could ever hold his heart.
When Director Dixon announces he's ready to retire, Raymond is shocked when he finds out that Alex is a woman.

Alex Brennan is up for an important promotion working as a Security Chief in the White House. Little does she know her entire world is about to be turned upside down. She learns vampires really do exist and that in her new position she'll be the human liaison between the President and vampires who guard him.
I had to laugh at Alex's antics in trying to find out if holy water, garlic, sunshine, and turning into bats were all myths or truths. My favorite scene is where Alex is out with Raymond and wants to know if he can really turn into a bat. He says no, vampires don't turn into bats, they turn into chihuahuas. I almost laughed myself off the couch.

The entire story has a lot of fun, a lot of drama, some real scary moments, and some really hot sex. We also get to meet some of the other members of The Colony Sterling, Raymond's son, William, Ben, Sulie Raymond's sister, and a few others.

It's always fun to find a new author who writes in a genre you enjoy and can put a different spin on it. I'm hooked on this series and will read every one! And you should too.
Posted by Unknown at 6:10 PM